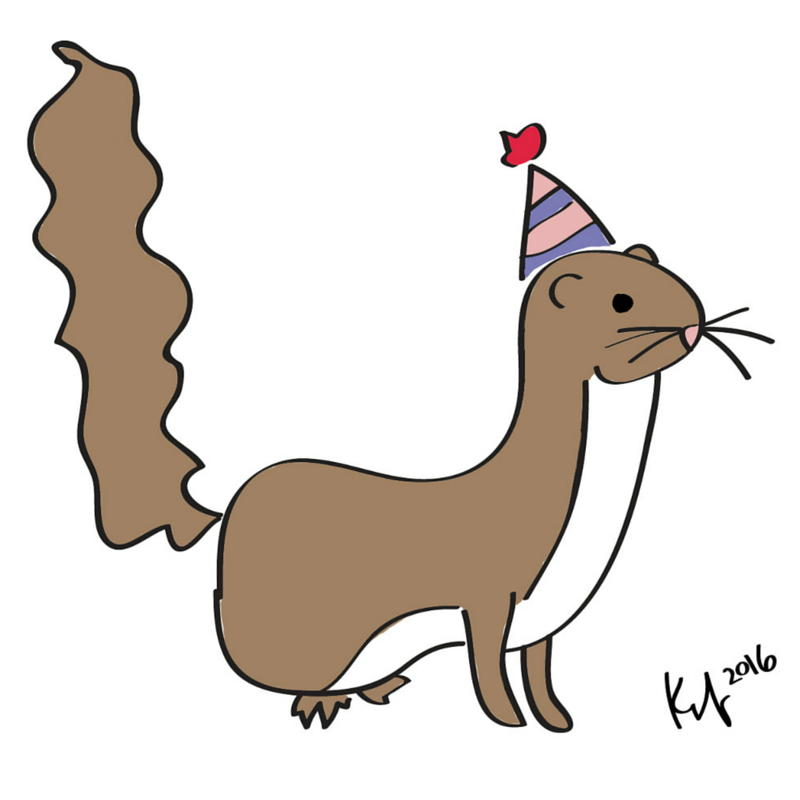 Doubt’s one of those weird feelings that can seem nearly impossible to control. A few years ago I was tasked with organizing a first-time event at work. The event involved recruiting participants, which was a slight challenge given that my networking skills were limited and my persuasion skills, even more so. I was pretty sure I was guiding the event committee in a terrible direction, that no one would attend the event and that even if a few people did show up, they’d have an awful time.

It was a dark period in my life. Much desk weeping ensued as the event drew nearer. The Doubt Weasel was very present.

Let me introduce you to my buddy the Doubt Weasel. The Doubt Weasel is a crafty little fellow who excels at sneaking his way into all sorts of parties he’s never actually invited to. The Doubt Weasel is the ultimate gatecrasher, but you’re never sure if or when he’ll swing by. There you are, getting ready for the party, preparing some punch, holding your breath and hoping he won’t make an appearance.

The event day came. The event committee rocked it. People attended. No one cried. (Except for me, and those were mostly tears of relief.)

Successfully completing projects like that first-time event has given me confidence in my work and helped me banish the Doubt Weasel from similar parties he wants to attend. Now when he tries to crash my projects, I just cross my fingers, go at my project with all I’ve got and know the party’s got to end eventually. 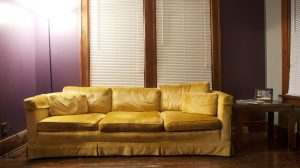 But banishing doubt gets a little tougher when it involves something less measurable. Case in point: Once I had a bought a really awesome couch. It was mustard yellow, velour, and sagged in places it shouldn’t have. I really, really loved that couch. But everyone else sort of hated it. Which prompted the Doubt Weasel to wiggle his way in once again.

Maybe my couch is … ugly? No, no, that can’t be true because my couch is actually really beautiful… Right? Oh no.

My faith in my Catholic beliefs is kind of like my faith in the yellow couch’s awesomeness. Sometimes I’m all on board, 100% certain about it, and other times I find myself taking a step back and thinking, That color sort of clashes with the walls, doesn’t it?  Take the Eucharist for example. Until I was 20, I didn’t realize that the Catholic Church believes that the Eucharist transforms into Jesus’ real, actual body and blood. Um, what?  I’m going to be honest: I still can’t wrap my head around that one.

Over the years, I’ve discovered I don’t quite know how to put full trust into things that aren’t measurable, like spirituality. I find certainty to be a great thing, and when certainty is lacking, I at least want a solid deadline when I know the Doubt Weasel will leave. But faith isn’t a work event. When faith is involved, it’s like the Doubt Weasel is always poking his head through the door as a reminder that he can step in whenever he wants.

While I never really enjoy his company, the Doubt Weasel’s presence has provided ample opportunities to really examine, and at times challenge, my own beliefs. If I can’t defend or explain something I say I believe in to myself, how am I supposed to defend or explain it to others?

So I do a lot of reflecting through journaling, which I’ve found to be an excellent way to examine my thoughts and beliefs and the doubts that may surround them. While driving, I sometimes (OK, usually) have conversations with myself about whatever’s on my mind — it helps to say things out loud, even if it’s just to myself. And occasionally when doubt is threatening to consume me, I just shove everything to the back burner and make some bread.

The Doubt Weasel will truly never go away. No matter whether it’s work or faith or life in general, he will continue to crash our parties. But it’s important to remember that he can be a powerful motivator to be less apathetic and approach tough times with a drive to learn, explore and ponder.