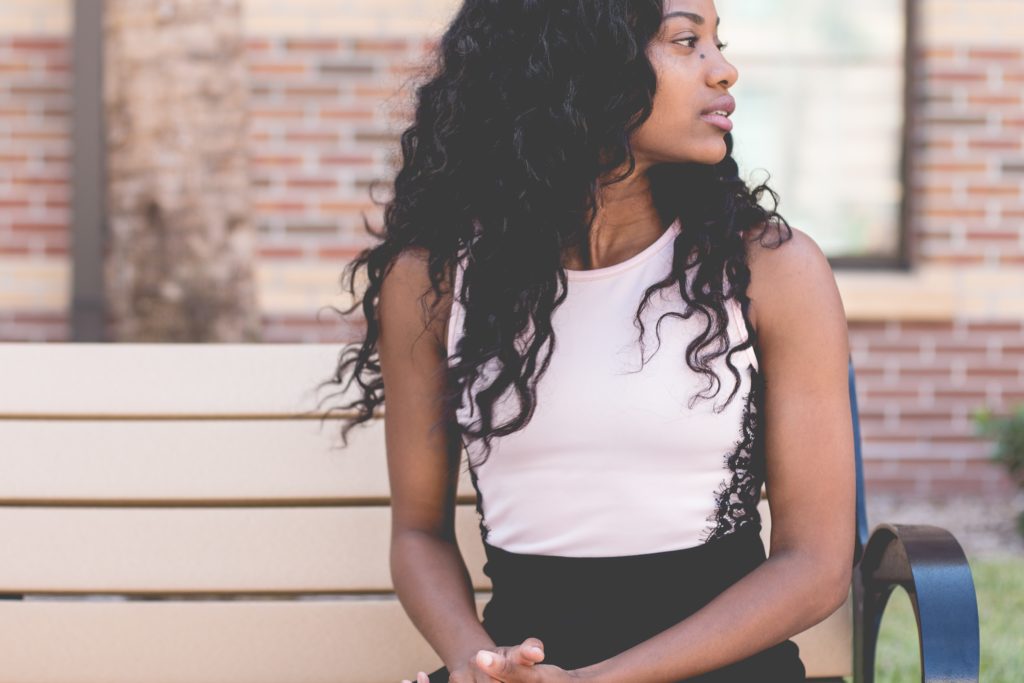 There are so many things I can think of to fear in this world: illness, loss of loved ones, unjust political systems. Each day the news highlights a new horror. Then there are the more trivial things such as driving, public speaking, and navigating subway systems on my own. If I tried hard enough, I could probably come up with a book-length list of things to fear and worry about. But focusing on those fears only leads to paralysis and robs me of the richness that a life devoted to loving and being loved by others has to offer.

When I moved to New Haven, Connecticut, from a small college town in Wisconsin, I found myself intimidated at the thought of navigating a larger city. I worried that I would get lost on the way to work. That I wouldn’t be any good at my new job as an employment specialist at a homeless shelter. That I had nothing to offer people who faced poverty and violence and injustice. As a newcomer to the city itself, I was afraid of both being lonely and being rejected in an attempt to make friends.

RELATED: Starting from Scratch in a Foreign Land: 5 Tips for Moving Abroad

I thought back to one evening in college when I saw a group of people having a bonfire on a campus lawn. I really wanted to go over and join them, but I couldn’t tell who they were, and I was afraid to go over by myself. I waited half an hour for a friend to show up and go with me. When we finally went over, I realized that I already knew everyone around the bonfire, and not only that, but they had coffee and an untouched box of cookies, and they had been waiting for more people to join them. Now, they were packing up, and I had missed out on hanging out with my friends and eating free food all because I had held back out of fear.

It’s a simple and frankly silly example with pretty low stakes, but I think of it often and learned a valuable lesson. Rather than protecting us, fear most often makes us miss out on opportunities in life, whether that be gaining a new friend, moving to a new city, or joining the fight to combat deep-seated social injustices. Of course, knowing that doesn’t make the fear go away. Rather, it allows me to accept and acknowledge fear and then keep moving forward.

RELATED: Why You Shouldn’t Be Afraid to Fly Solo

Lots of things in life are still scary, but with time, I’ve discovered the strength to make difficult choices. My faith has been a huge part of that strength because no matter what, I know that God is always there for me and loves me in my failures and weaknesses. God is there when life gets scary or when I feel hurt and rejected by others. Knowing that gives me the courage to make difficult choices, take risks, and stand up for myself and others. It has slowly, but surely, inspired me to become involved in my community in New Haven by seeking out new opportunities and people.

Recently, I agreed to help serve communion in church, something I was always terrified of messing up. I have joined a soccer team even though I am terrible at soccer. These may seem like small things, but to me, they represent overcoming the fear that I am not good enough and have the added bonus of connecting me with my community in new ways.

For others, working through fear may mean introducing yourself to a new person at work or writing a letter to your congressperson about the awful thing in the news that’s been on your mind. It’s true that the world is full of things to be afraid of, but when we remember that God loves us, I believe we have the strength to overcome fear. I can say yes to new opportunities, and accept risks because even in the midst of a scary world, I feel safe in God’s love.

I’ve been in a weird spot with my faith lately. There’s so much negativity going on in the world — people displaced from their homes,…

Two and half years into my relationship, I started dating my doubts and my boyfriend at the same time. As Sean and I would lay…