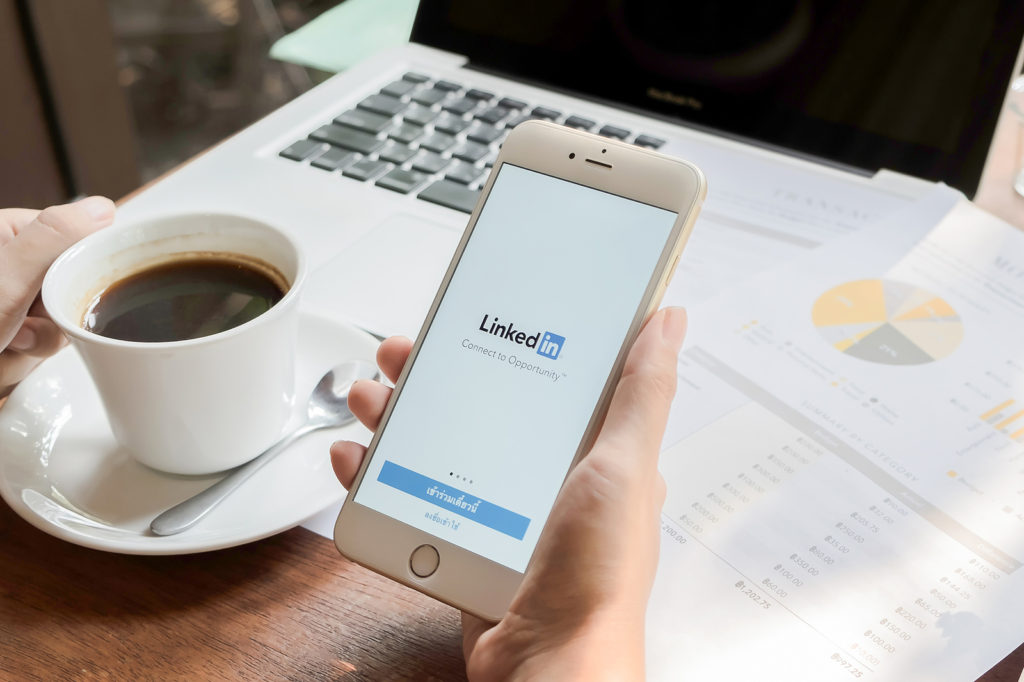 At a time when the internet was blowing up with new social media platforms every day and aspiring entrepreneurs and bloggers were inventing profitable ways to use these platforms to establish their personal brands, I was still live tweeting from college parties (or even live tweeting “Pretty Little Liars” because that was a thing I used to do) and Instagramming my lunch tray. Though I wasn’t on the cusp of discovering innovative ways to network digitally, I have it pretty much figured out now.

LinkedIn used to be my only means of professional networking. If you follow a similar rule of thumb, abort mission lest you repeat my mistakes. During my college years, LinkedIn was a social space where I shared articles I wrote and connected with professors and influencers in my industry. I uploaded my resume and waited for the connection requests to pour in; they didn’t.

All other social media spaces were treated as avenues of my social life — visual ways to document my PG-13 college years. I was tipsy-tweeting and oversharing on Facebook, planning my imaginary wedding on Pinterest, and lamenting my depression and anxiety in angsty poems on Tumblr.

I eventually noticed that people who seemed to be rising to the top of their industry were treating social media differently than I was. Instagram and Twitter accounts were no longer intensely intimate spaces. They became platforms for establishing a personal brand. People were promoting their content, promoting themselves!

LinkedIn was no longer the only way to be professional. Apparently, you could be professional while still being yourself, which I count as my number one college-age mistake — thinking the real me and the professional me couldn’t intertwine. Keep reading for five invaluable tips that will change your digital networking game.

Engage with others who are in your line of work (or out of it!)

Reach out to those who interest you in any way and on any platform that you can! There is no longer a list of dos and don’ts when it comes to reaching out; the only rule is that you do it… and often. Tweet people, react to their work, let a podcaster know you dig their latest episode; chances are they’ll follow you back, respond, and you’ll make a new connection just by being a fan of someone. I’ve made so many internet friends this way, friends that have turned into long-term, positive connections in my industry.

So, follow users on Instagram whose content is similar to yours. and follow users on Instagram whose content isn’t similar to yours! If you primarily write in the lifestyle category, continue following lifestyle writers whose careers inspire you, but also expand your connections by following someone who is predominantly is a tech or science writer. If 75% of the people you follow have similar careers to yours, allot the remaining 25% for miscellaneous contacts. You’ll find that different industries and niches overlap in surprising ways, so it’s always a good idea to establish connections in as many avenues as possible.

Write blog posts and then rebrand them for LinkedIn

How are you branding yourself? As an expert in digital strategy? As an actor? As a business-savvy executive? Whatever the goal of your personal brand is, write blog posts about it and make sure they are SEO-enabled. Then, rebrand the posts for LinkedIn, republishing the content on their blog platform. This will show your connections how well-versed you are in your industry.

As I market myself as a freelance writer and digital strategist, I’ll often rebrand blog posts to LinkedIn about enabling posts for SEO, answers to the most often Googled Instagram questions, how to be a successful email marketer, and more.

Just because LinkedIn is no longer the only option doesn’t mean those of us looking to expand our brand and make new, valuable connections shouldn’t use it. Use LinkedIn for real; don’t just sit there waiting for people to find you because it’s unlikely to happen. Endorsing others is a strategic tactic for LinkedIn, as it usually is a reciprocating act — meaning if you endorse someone, they’ll likely endorse you back, if you leave a recommendation for someone, the hope is they leave you one too.

I know, I know — Facebook is for your old middle school crush to overshare about how his children are already elementary school age and where did the time go? (File under: Things Not Relevant to My Life, Though Your Kid Pics Are Cute.) But it can also be a valuable networking opportunity. Check out the Facebook groups out there. I’m a part of Freelancing Females, a group specially made for women freelance writers, photographers, and strategists. It’s a great place to establish connections, ask questions, and read insight, commentary, and advice about the industry.

If people are taking the time to reach out to you, then you owe it to them to take the time to respond, even if it’s something quick. Answer peoples’ questions, engage in meaningful discussions, and be an active member of the networking sphere. Just like the laws of ethical dating in 2017, don’t ghost on someone who shows effort.

I remember everyone who reaches out to me on Twitter or sends a direct message on Instagram because they enjoyed my writing. And I make it a point to respond to them. Don’t think for a second that reaching out on social media isn’t memorable — showing someone you’re a “fan” of the work they’ve created is an invaluable way to establish a connection.

One day, I happened upon a place I never thought I’d be. I was visiting India with my best friend, and we spent most of…