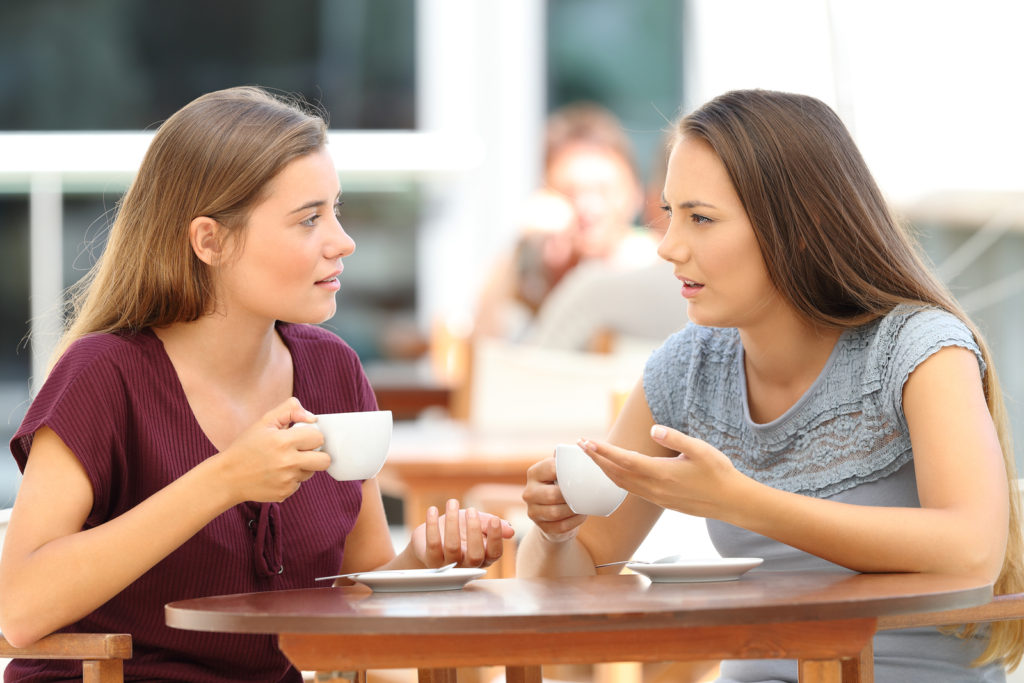 For as long as I can remember, I’ve let keeping the peace rule in my relationships. Though misguided, I held on to the belief that letting small slights roll off my back in a friendship was the most effective way to navigate conflict and differences in opinion. It wasn’t until a decade-long friendship ended that I realized this habit of mine — avoiding speaking up for myself — was harming, not helping my relationships.

In this particular relationship, the fact that I had so long ignored her criticism of my choices, from big stuff, like who I married, to small stuff, like the music I listened to, meant I had built up resentment against this person. I didn’t feel like I could be myself or speak up for myself when she was unkind or pushy.

RELATED: 3 Ways To Be A Better Friend In Less Than a Minute

Nearly five years later, I wonder if things would have been different if I had spoken up for myself from the start of the relationship. I know there’s a good chance our relationship wouldn’t have lasted either way, that we would have grown apart. Still, I can’t help but wonder if we both would have been better friends to each other or have parted ways more amicably if I had only spoken my mind.

There isn’t a lot I can do now about the friendship and how it ended, but the experience was certainly a turning point for me.

The truth is, not speaking up for myself had been a pattern for me, it wasn’t exclusive to that one relationship. Since then, I have had to learn to say what is on my mind because keeping my opinions and feelings under wraps was harming my most important relationships.

When that friendship ended, the work of learning to speak up for myself began.

Being honest with myself

My journey began with time spent reflecting on what I wanted from the relationships I had in my life. This meant deciding on how I wanted to be treated in a relationship. I wanted to feel like my thoughts were valued and that I was free to be myself in the friendship. It meant thoughtfully considering what boundaries in my relationships were important. I didn’t want to be talked to unkindly or teased. I didn’t want to receive criticism about my life choices.

Checking in with my relationships

Once I had a clear understanding of how I hoped my relationships would function, I took time checking in on my other relationships. Some of my relationships were in good shape. My husband and I were communicating honestly with each other. Still, I was struggling in some friendships to be honest about when I was unhappy, hurt, or frustrated with the way things were going. These were the friendships I knew needed work.

This was the point when I knew it was time to move forward. I knew that the dynamics of my relationship would only change if I was making an active effort to speak up for myself. At the same time, I knew from experience that only speaking up when I was angry, hurt, or annoyed hadn’t gone well so far. Instead, I made plans to talk with a friend about something they had done that had hurt me. She had stood me up for a night out, which I had originally shrugged off, but when I was cool and collected, I was able to express my frustration. It wasn’t easy, but it was simpler to express my feelings when I had control of my emotions.

I’m not going to say this was a quick fix. Honestly, learning to speak up for myself and to honestly express my opinions has been one of the hardest lessons I’ve learned. In a few of my relationships, we keep revisiting the same dynamics and having the same disagreements. Some friends have distanced themselves over differences of opinion, as well.

Ultimately, I’m OK with this change. In the past, the idea of losing a friendship may have made me anxious, but now I know that being authentic is more important than keeping the peace.