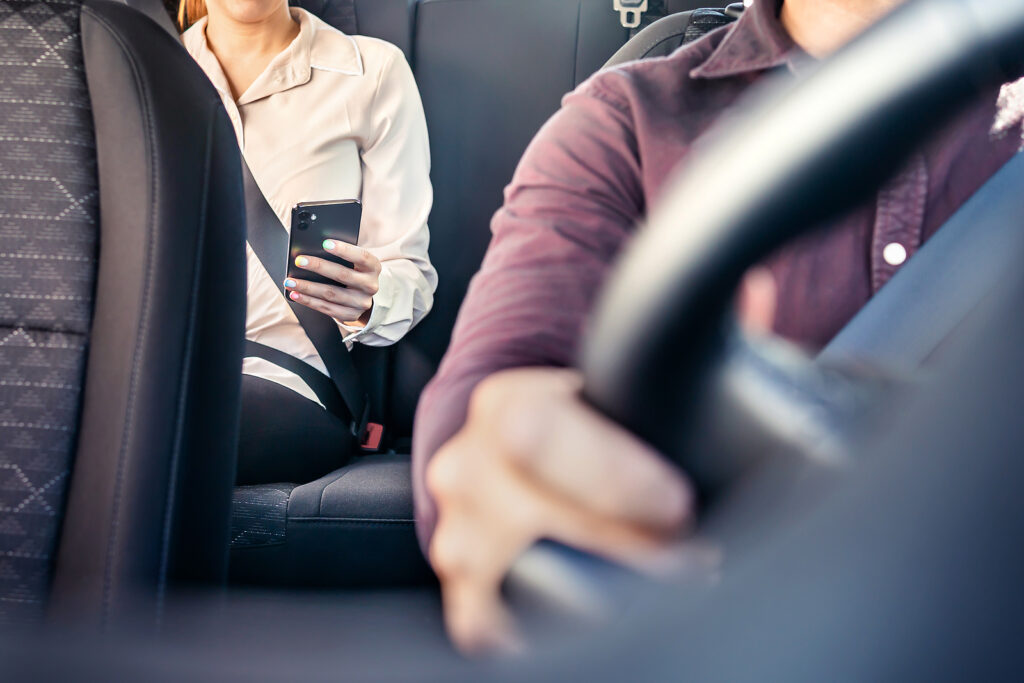 I take things personally at times. It’s a natural tendency for me and for many people, one that gives me some sense of control over the outcomes of my life. If something is out of my hands, then there’s nothing I can do. If it’s about me, then suddenly it’s within my power to change.

For instance, in my work as a medical interpreter, there have been times when I’ve automatically assumed that a doctor’s cold or brusque attitude had to do with me–even though they likely were just dealing with their own stresses and the pressure of the job.

The fact is that most people are simply going about their daily lives absorbed by their own worries, to-dos, and insecurities. If they do think of me, it’s usually for a period of time much briefer than I’d imagined. Once the thought or impression flits through their mind, it flits out just as quickly, making way for the next thought or worry to crowd it out.

Still, it can be hard to keep my mind from automatically personalizing other people’s actions, particularly on days when I’m stressed or sleep-deprived. Here is a look at what has helped me maintain a more neutral stance in the face of situations where I’m tempted to take things personally.

Mentally re-inhabit moments when you were in a similar situation

Back when I was a Lyft driver, I started a conversation with a passenger that fizzled out pretty much instantly. As an introvert, my bandwidth for small talk can be limited. That day, though, was a rare moment when I found myself slightly disappointed. Since he was my first passenger of the day, I was at my peak energy level — fully equipped to sustain a quality conversation (or at least roll through the motions of a pleasant, surface-level one).

That minor disappointment began leading me towards familiar emotional territory, one wherein over-personalizing thoughts abound. Was it something I said? Does he already find me boring? Did the way I greeted him sound too intrusive or over-eager? This time I caught myself before they could proliferate.

I was already starting to feel bad after spending only 30 seconds in the thought trap. It also made me think of a passage from a book by Nedra Glover Tawwab I’d been reading earlier that morning.

RELATED: Too Much Togetherness: How I Learned to Communicate My Need for Personal Space

“When we personalize, we negate the personal story and history of the other people involved. Personalizing assumes that everything is about us.” In a very real sense, I’m failing to empathize with the other person.

Putting yourself in the other person’s shoes can help with this. In my case that day, I remembered times I really didn’t feel like talking, and people either hadn’t read my cues or had blatantly disregarded them. Recalling how I felt during those moments made it easier to empathize, and to take the quiet less personally.

Imagine what might be going on for the other person.

As psychotherapist and relationship coach Marlena Tillhon puts it: “What other people say tells us about them. The second we make it about us we are no longer listening to them. We are no longer present for them. We have stopped trying to understand what is going on for them and instead get consumed by what we believe it means for us and about us.”

This is similar to the point above but takes it a step further. I use this when I don’t exactly know what’s going on with someone, or my information is limited.

RELATED: Learning to Speak up Was the Best Thing for My Friendships

The passenger described above told me that he’d lost his car keys that morning. So, my thought exercise went as follows:

Maybe he’s stressed about where the keys might be. Maybe he’s fretting over how much it will cost to get new ones. Maybe he’s frustrated at having to spend 40 dollars and depend on someone else to take him to his destination.

What matters is not that these visualizations 100% match reality, but rather that they succeed in humanizing the other person. Depending on the relationship we have with the person, it might not feel appropriate to directly ask–so privately coming up with possibilities as a personal thought exercise can serve to disarm some of the negativity that may have been starting to build.

When we personalize we don’t see reality as it is. Interactions are less fulfilling, more limiting, and obscured by a lens of self-centeredness. Using these techniques can keep you more aligned with reality, preserve your mood, and benefit your relationships.