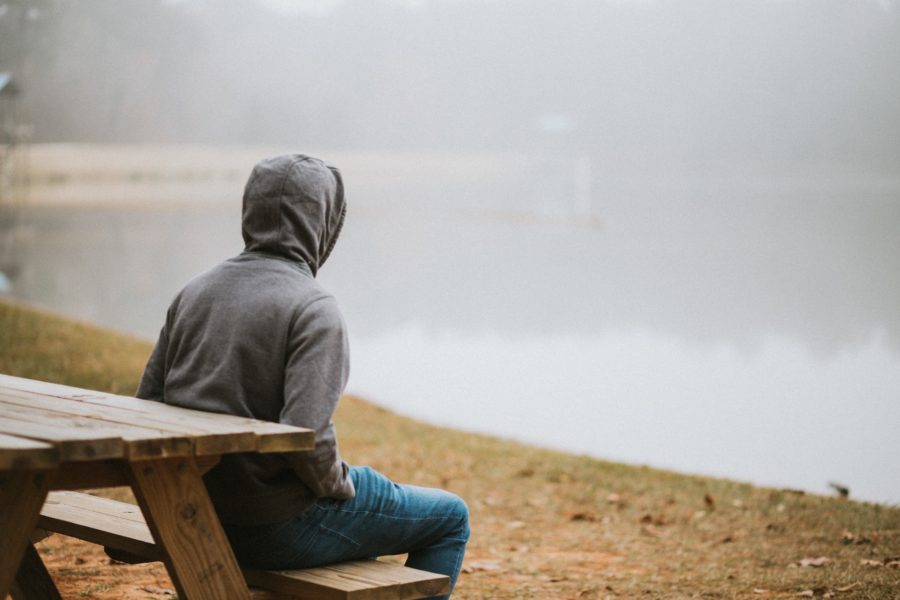 As my college graduation date neared, I dreamed of the glamorous life I was going to lead. I planned on moving to New York City and starting a fast-paced career in public relations. I even looked forward to renting a shoebox apartment. Living in the city had a lot of appeal.

That dream was turned upside down when my dear friend suddenly passed away, leaving me scrambling to come to terms with my new reality.

My life is very different than I ever imagined it would be. I’m leading a fulfilling and happy life, but for a long time, I didn’t think it would turn out that way.

My friend’s name was Rob. Eight years older than me, I met him when I signed up for a karate class as a child. He was my instructor and idol. As I got older, he became my mentor and training buddy. For more than a decade, he was my confidante and go-to person when I needed a laugh.

He was a world-class athlete. He also taught middle school kids and coached a track team in his spare time. He was the kindest, most giving person I had ever met.

A week before my graduation, Rob entered a 10-mile race. This was completely normal for him, and he had finished this particular race twice before. However, this time, he pushed himself to his personal best time, crossed the finish line, and died after just a few more strides.

One day he was there, supporting and encouraging me, and the next, he was gone. He was a world-class athlete — and a remarkably good person — defeated by an undiagnosed heart condition.

My entire world collapsed. Everything I thought I knew and cared about crumbled away. I became a zombie, sleeping all day and crying all the time. I sometimes forgot to feed myself, let alone apply for jobs.

It’s been 11 years since Rob died. To this day, the months after his death are a blur. I graduated, and mercifully, my parents allowed me to live at home while I grieved. However, they were concerned about how despondent I was, and they encouraged me to start going out and job searching again.

RELATED: How to Be a Good Friend When Someone Is Grieving

Coping with the real world

I looked for a job half-heartedly. Despite all of my plans, moving to New York and working for a big-name public relations firm no longer had the same appeal. After Rob’s death, my priorities changed. Instead, I just wanted a quiet job near my family to get through the day.

Despite my lackluster job hunting efforts, I landed a job as a copywriter for a small advertising agency. However, I was terrible at it and often drew the ire of the owner. I had trouble focusing on work. I was so consumed with just trying to make it through the day that I was sloppy and made silly mistakes.

Looking back, I realize I hadn’t healed yet from losing one of my favorite people. Everything I did at that agency seemed so meaningless in the wake of his death, and I just didn’t work hard enough.

In that environment, I felt lost and defeated, and I saw no path forward. In what would turn out to be a life-changing moment, the owner called me in to berate me about a minor typo. After a literal hour of her screaming at me, I packed up my stuff and left.

To be clear, walking out of a job with nothing lined up isn’t typically a great life decision, and I was privileged to be able to do so without ending up in serious trouble. But it turned out to be the best thing I’ve ever done.

I talked to my family and explained how lost I felt. We decided that I should go back to school to get my master’s degree in communications to give me time to fully heal and regain my sense of self. It was an expensive indulgence — I took out $35,000 in student loans to pay for it — but it did the job. Returning to an environment I excelled at — no one writes a better term paper than me — gave me the time and comfort I needed to become myself again.

Despite the very rocky road I started traveling after graduation, I’ve turned it around now. I’m not living in a New York City apartment, and I’m not very glamorous, but that’s okay. I learned how much I value my family and friends, and I pursued a career as a writer that allows me to maximize my time with them.

I still miss Rob every day. However, I’m stronger now and have created a fulfilling life for myself. I get to do the work I love while focusing on my husband (and dogs). It’s a very different life than I imagined when I was 21, but it’s one I’m thrilled to have.