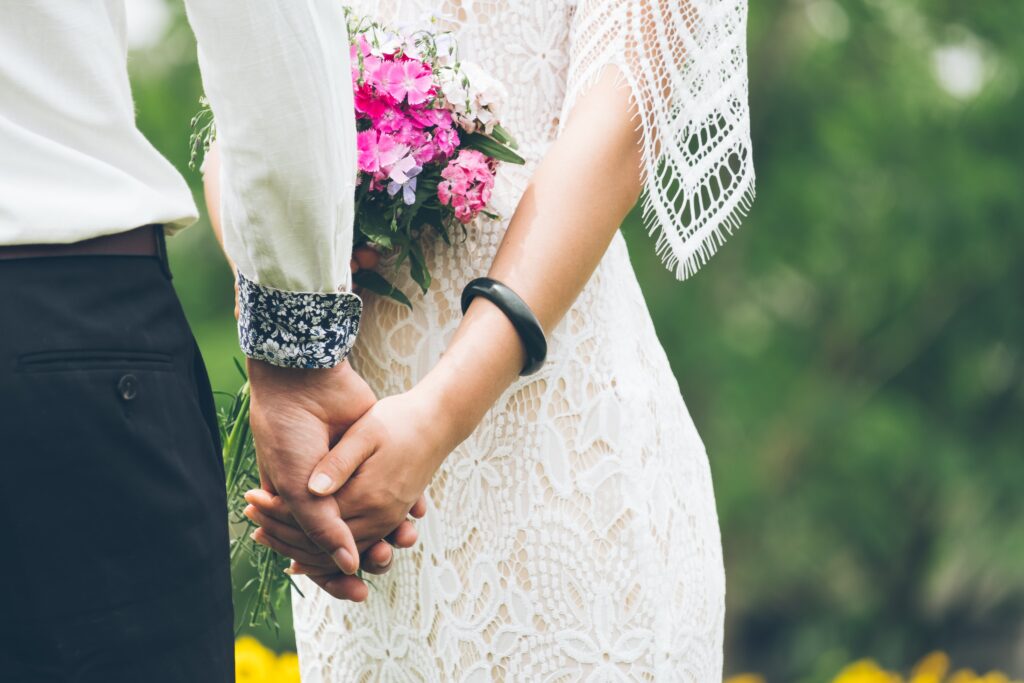 When I think of how, on my wedding day, I was barely legal to drink my own champagne toast, it seems pretty bonkers that I got married at age 21. As a barely-out-of-adolescence new college grad, I had owned a car for all of one year, had never held down a full-time job, and probably couldn’t have explained to you what a mortgage was. So, I’m pretty sure I wasn’t an expert on marriage.

RELATED: What I’ve Learned From My Parents’ Relationship

And yet, get married I did—and have never regretted it in the almost-16 years since. So how did I know I wanted to commit the rest of my life to one other person (and how did my decision-making process actually work for me)?

My husband’s and my love story is, admittedly, unusual. We’ve known each other since we were 11 years old. Though we got off to a rough start – I didn’t want him in my sixth-grade class, and told him so — we eventually became friends and dated in high school. We bonded over a shared love of music and a goofy sense of humor. With him, I could be myself. He was my first everything: first boyfriend, first kiss, first love.

Like many teenage relationships, though, ours ended before graduation, and we went our separate ways. Then, during our junior year of college, we reconnected when he emailed me out of the blue. We began dating again, this time long-distance, as I was living out of state. I remembered all the reasons we had gravitated to each other in high school.

But even as our relationship grew more intense, I resisted committing. It took me three months of exclusive dating to call him my boyfriend again. Shallow though it may sound, with lots of available guys on my own college campus, it seemed like there were a lot of other “fish in the sea.” Was I really ready to devote myself to just one guy, hook, line, and sinker—especially when we couldn’t even be together in person?

RELATED: 6 Ways to Stay Independent in a Long-Term Relationship

Despite these reservations, our long-distance relationship intensified my feelings for my then-boyfriend. Our limited time together showed me just how much I wanted to be with him. I found I missed him terribly when I was out of the country for two months on a summer semester abroad. As the months went on and our connection deepened through lots of in-person visits and about a million emails, we felt the pull to be together all the time. We started to talk about getting engaged.

Here’s where I got to display my true neurotic colors. When it comes to decision-making, I’m a classic waffler. I’ve been known to flip a coin for direction on major commitments. On the one hand, I desired to be with the love of my life forever and always. On the other hand, there was still so much I still hoped to do on my own: travel the world, spend time with girlfriends, go to graduate school. And, having dated only one other guy, I can’t say I didn’t have a tiny twinge of FOMO about what I might be missing by jumping into marriage.

So I approached the should-we-get-married question with several strategies. (No, flipping a coin wasn’t one of them.) First, I actually made a list of all the non-negotiable qualities I wanted in a spouse—things like sharing the same faith, enjoying a similar sense of humor, having the same values and goals for life in the long-term. Check, check, check; my boyfriend possessed all my hoped-for qualities and more. (Plus, I was crazy about him!)

I also sought the counsel of trusted friends and family members. Could they really see me with this man for the rest of my life? Did we make a good match? Were we prepared to make a home together, even though neither of us made more than $11 an hour? Overwhelmingly, the answers from these levelheaded sources came back as “yes.” We were great together and would find our way, they said. Income and life experience aren’t guarantees of marital success, anyway.

RELATED: In Love and in Debt: How I Learned to Talk Money with My Significant Other

Besides all of this, I prayed, asking God to show me whether marriage was the right step. As the weeks went by with this prayer on my heart, my desire to get married only increased. When I tried to come up with reasons we shouldn’t walk down the aisle, I could see no real impediments. Even my FOMO began to fade. I began to realize that I could share many of the adventures I yearned for with my fiancé. Maybe they would even be better for doing them together.

And so, on a stormy July evening in 2004, my husband and I said “I do.” Like every couple at every age, we’ve had our challenges. But 16 years and three kids later, I’m so thankful to have my best friend and love of my life at my side. Looking back, I see that entering into the covenant with mindful intention helped us make the most important decision of our lives—and make it right.