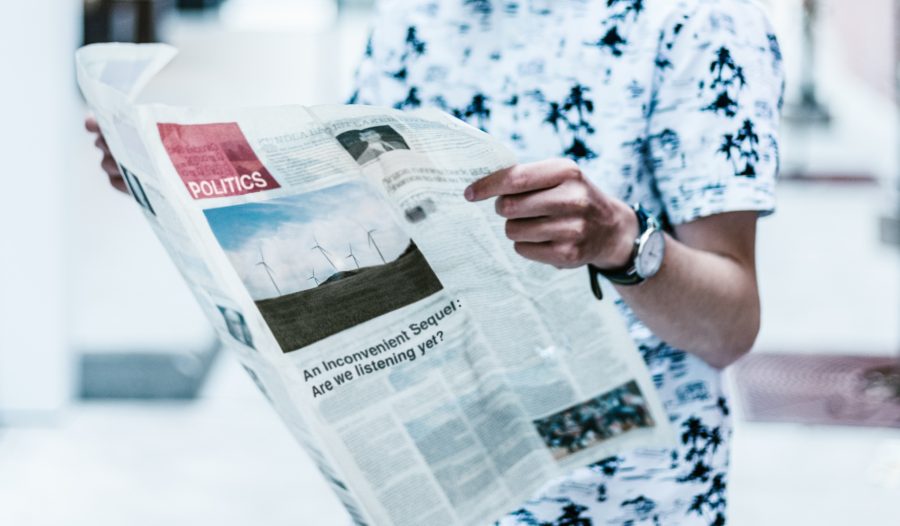 Our current political climate sometimes makes it impossible to avoid division, even within our own families. I honestly never expected it to happen to me and my loved ones — we care about each other too much.

And then it did happen.

It started slowly, at first. A rift began forming between me and a close, respected family member — my brother. It started with curt disagreements about the Syrian refugee crisis — brief, almost hesitant discussions that would end with dissatisfied shrugs. Instead of pushing further or resolving the conversation, we’d each brush off the exchanges as if they’d never happened, but there would still be a small sense of resentment left over in my heart after each one.

RELATED: Why You Need to Vote (Even if You’re Totally Disillusioned)

Over time, one of us would bring up the topic again, but the conversation would lead to an argument about other subjects, including the Palestinian-Israeli conflict, the immigration conflicts at the U.S.-Mexico border, and the Trump administration, until we felt respect for each other slipping away. Our disagreements grew more and more heated, and we each became so dedicated to our side of the conversation that we wouldn’t even hear the other person out. We’d end up walking away visibly bitter and angry. Our relationship began to suffer. It was hard to be around him, and I’m sure the feeling was mutual, so we stopped making an effort to see each other as often as we had before.

After a few months, I started to wonder if it was possible to maintain healthy relationships despite having political differences. I had to ask myself if our differences outweighed our love for each other, and the answer was “No.”

I invited my brother over to candidly talk about what was going on between us, and he agreed that our relationship was more important than our differences. Together, we decided to work on our behavior and our attitudes.
Our relationship still isn’t perfect. But here are some things I’ve learned on my journey toward maintaining a healthy connection while respecting our political differences.

Two ways to avoid emotional cuts and bruises when having a political conversation with a loved one who has a different view are to truly listen and keep an open mind to the other person’s opinion. Be genuinely curious and try to understand where they’re coming from by listening carefully and not interrupting or interjecting your own thoughts, no matter how “right” you think you are, while they’re sharing theirs.

Body language is a sign of listening respectfully, too. Avoid gestures like rolling your eyes or dramatically throwing your hands in the air. By focusing more on what the other person is saying and less on your reaction to their words, you show that you care and respect where they’re coming from.

Focus on listening to each other instead of planning how you’ll pounce and shut the other down.

In my conversations with my brother, I make a conscious choice to be patient and loving, always respecting his feelings. It’s helped me remember that I’m having this discussion because I care about the other person, not to prove my point. After some research into political conflict with family members, I learned that many leading psychologists and counselors suggest you ask yourself the following two questions before voicing your opinion: What are your goals in the conversation? and Are you careful to avoid verbal attacks and judgment? Asking myself these questions keeps me centered during a conversation. They remind me to not set out to prove the other person wrong but to maintain open dialogue that isn’t barbed with bad

And it’s helpful to end the conversation by reiterating the importance of your relationship by saying, “I love you and respect your opinion, even though I disagree.” That’s another way to put love and patience

Use discernment during confrontation

When my brother and I were out with other people for a birthday celebration recently, he brought up a hot political topic out of nowhere, catching me off guard. In response, I had a valid question and opened my mouth to respond, but then refrained. I asked myself: Is a birthday dinner really the place to launch into a debate about gun control policies? My answer was no. It was a time to be with family and be joyful.

Later, I brought up my thoughts about the birthday chat with the family member. We realized that picking when and where to talk about these things is just as important as how we deal with them. We decided together that for now, we won’t bring up contentious topics in public, but discuss them one-on-one as we continue to grow more patient and respectful with one another. Because ultimately, as we keep moving forward in understanding and love, we’re committed to maintaining a healthy relationship despite our contrasting political opinions.