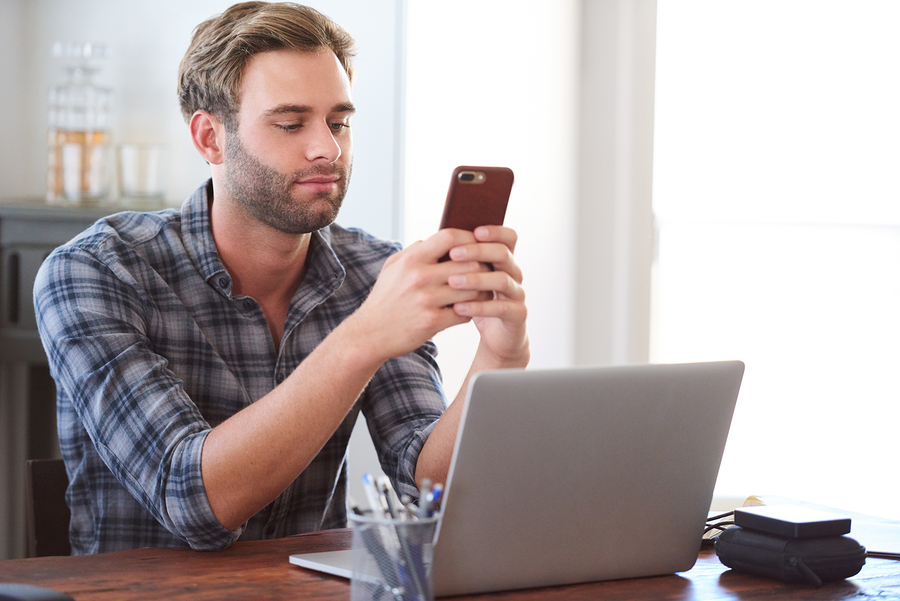 For years, procrastination was my Achilles heel. I always waited until the last possible minute to start my 200-page reading assignments. If I knew I wasn’t going to be able to get together with a friend, I called them shortly before our agreed-upon meeting time rather than as soon as possible. And if I had to share some bad news with a loved one, I delayed telling them longer than I probably should have.

I tried to justify my procrastination by saying things like, “I work well under pressure” or “Better late than never,” but procrastination is definitely one area in which I could improve. One of the first steps to ending a bad habit is identifying why it is I do what I do. For me, I discovered that fear and anxiety fueled my decisions. In circumstances like the ones I shared, I feared that I just couldn’t do the assignment well enough, worried that my friend would be disappointed in me, and was anxious at the thought of causing someone I love so much pain.

RELATED: Tips for a Productive Day Courtesy of a Very Lazy Person

Fear of failure, judgement, or sometimes even success often play a role in why people procrastinate. Maybe you’re afraid you won’t do a good job on your assignment. You know the due date, but as long as you’re not working on it, you won’t feel the anxiety of it. But anyone who has a bad habit of procrastinating knows that even if you finish the assignment, you’re likely to experience a lot of stress along the way.

As bad as procrastination is for your academic or professional life, it can also be a major bummer for your personal life. How many times have you made a New Year’s resolution to learn how to crochet or climb Mount Kilimanjaro, only to completely bail on the idea by the time Valentine’s Day rolls around? Maybe procrastination has become such a habit that you have no idea how you’ll ever live life any other way!

Okay, maybe you aren’t quite so melodramatic. But if you’d like to change your last-minute ways, there are a few things you can do.

Figure out why you procrastinate

Is it because you’re intimidated by the task or project? Does the subject matter bore you? Do your organizational skills need a little work? When I was 13, I had a really bad bike accident and for years, didn’t go near one. I loved bike riding and used to think that I stopped because I never had the opportunity to ride. The truth is, I was afraid that I would fall off of the bike again. It may sound silly to let fear stand between me and something I once enjoyed, but that’s what I did for nearly 20 years.

I believe that bad habits can be successfully addressed with the right motivation. Avoiding procrastination when it comes to school or work may be challenging, but choosing fun goals can be just the motivation you need. Almost two decades after my bike accident, I felt it was time to get back in the saddle … er … on the seat? I immediately found myself tempted to put it off but decided to connect something fun to the activity and signed up for a biking food tour of San Francisco on a trip over Labor Day weekend. Now, instead of focusing on the bike ride itself, I could get excited about eating all the foods and still achieve my goal.

Make it worth your while

Sometimes you need more than good intentions to get you off of Procrastination Island. For my bicycle battle royale, I realized that I needed to make a serious commitment if I was ever going to get back on a bike. Paying for that biking food tour was a major incentive for me to stick to the plan. When we make a commitment that costs us nothing, it can be too easy to give up. But investing something (like money, time, or emotions) in the activity makes us more likely to follow through.

Tell a friend (or strangers on social media)

When we don’t share our plans (or our fears) with other people, then we may not think it’s a big deal when we don’t complete a task. After all, who else are we disappointing but ourselves? But telling someone else about your goals may help you to succeed.

When I decided to ride a bike again, I posted my intentions on social media. Friends and family members were so excited for me and told me they couldn’t wait until I returned from my trip so I could tell them all about it. In the days, hours, and moments leading up to the start of the food tour, I contemplated canceling my reservation, reasoning that “I can always give it a try when I get back from my trip. It’s no big deal.” But then I thought about how cool it would be to share my story of overcoming fear with my family and friends upon my return. I stuck to the plan, and I have no regrets!

Keeping a commitment and overcoming procrastination can be really empowering. It was such a rewarding feeling knowing that even though I was afraid of wiping out into traffic, I got back on that bicycle and gave it my all. I realized that so often, the only thing stopping me — was me. Now, I apply the strength I gained to my academic and professional careers. I designate time to completing specific tasks and get started on them right away. As a result, I am far less stressed because I actually have the time to enjoy and appreciate my work. I reap the benefits of going ahead and doing the thing that scares me. There are fewer more rewarding feelings than doing something you’ve always wanted to do instead of letting procrastination steal your joy and hold you back.

When my husband first moved to the United States from Australia, he was utterly confused by tipping culture. He didn’t quite understand who to tip…

There’s a parenting movement making the rounds on Instagram that I honestly wish I had known about long before I started having kids. I’ve come…