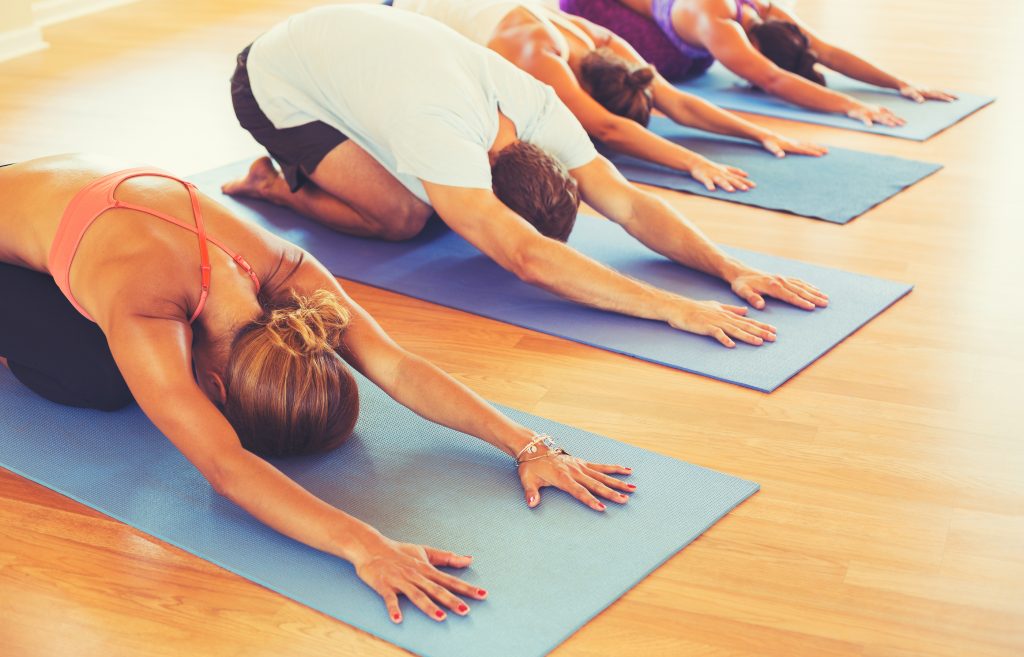 It was November, it was East-Coast cold and my favorite hobby had become sleeping as much as possible. The only other thing I did was perpetually have my eyes glued to my phone, checking social media to see what I had missed. Someone traveled to Bali. Three people I went to high school with got engaged and two announced pregnancies. My feelings of inadequacy reached an all-time high, but I didn’t budge from my nest of pillows and blankets. I sat in my bed, thoughts reeling, eyes enthusiastically peeled and my finger scrolling.

My life was: wake up late, commute, work, commute, sleep. I was indoors nearly all day, every day, either staring at a computer or a phone.

At work I was cubicle-bound, less than stimulated. I finished all my tasks early on in the day, then spent spent the time fantasizing about what I could be doing. I could be writing and entering fiction contests. I could be climbing mountains or hiking trails; being outdoors and experiencing nature was the thing I craved most yet got the least of.

Ninety-nine percent of my life was a bright, blue screen, and I started feeling repercussions.

Like headaches. And constantly feeling groggy despite being wired before bed. I knew I had to change and the most likely way to do that was to really start taking care of myself. But how to establish a self-care routine?

Since I was so drained from all that screen time, putting down my phone was a start. Airplane mode became my best friend. All that time I used to scroll aimlessly, I instead dedicated toward reading. Eventually, that habit transformed into a book club.

I had a hobby; now I needed something physical, something to get me moving. I wasn’t enthused about the gym, but I had to get more active. I was so lethargic 24/7 that the only cure for my torpidity was some kind of movement. I joined a yoga studio. I committed to three classes a week, plus one meditation class. The change in my mental and physical state was immediate, and I finally felt like I had more energy for other creative endeavors, like writing.

I started first in a journal, trying to make sense of my sluggishness and my emotions. Then, I moved to the internet, where I finally felt confident enough to share my thoughts with the world. It didn’t just give me validation, it also gave me purpose. I felt of value when I published something, and I felt proud when I actually had the healthy mindset and energy to start and finish a draft. I knew I had made big strides with my writing again as a direct result of the other things I was doing for self-care. I was finally doing what I’d always wanted, yet never could find the motivation, to do. But I still craved one more thing: fresh air.

Tired of the same blue screens that seemed to be perpetually in front of me and exhausted by my less-than-scenic commute, I started walking to work instead of taking public transit. (It’s cheaper, too!) I walked two miles every day, breathing in semi-fresh air, and slipping in more exercise to boot. That small window of outdoor time made an impact, as it was a combination of all the self-care I needed — for body, mind and soul.

I witnessed sunsets. Sometimes I Instagrammed it. Most times, I just watched. I reveled in how connected I finally felt and how ironic it was that in order to feel this connected, it meant disconnecting myself from the phone in my hand, from the digital sphere.

My FOMO isn’t entirely reformed. I still have some social media accounts, though others I’m proud to have deleted. I allot my screen time for work and writing, but I no longer rely on it to fill a void or pass the time.

My life is: yoga, book club, writing and getting active outdoors. My life is: reflecting on how I feel in a given moment, interacting with my friends who share a common interest, pushing myself to follow my writing dreams, and connecting with nature as often as I can. My life now depends on being calm and connected, thanks to all this self-care. And I kind of love my life.