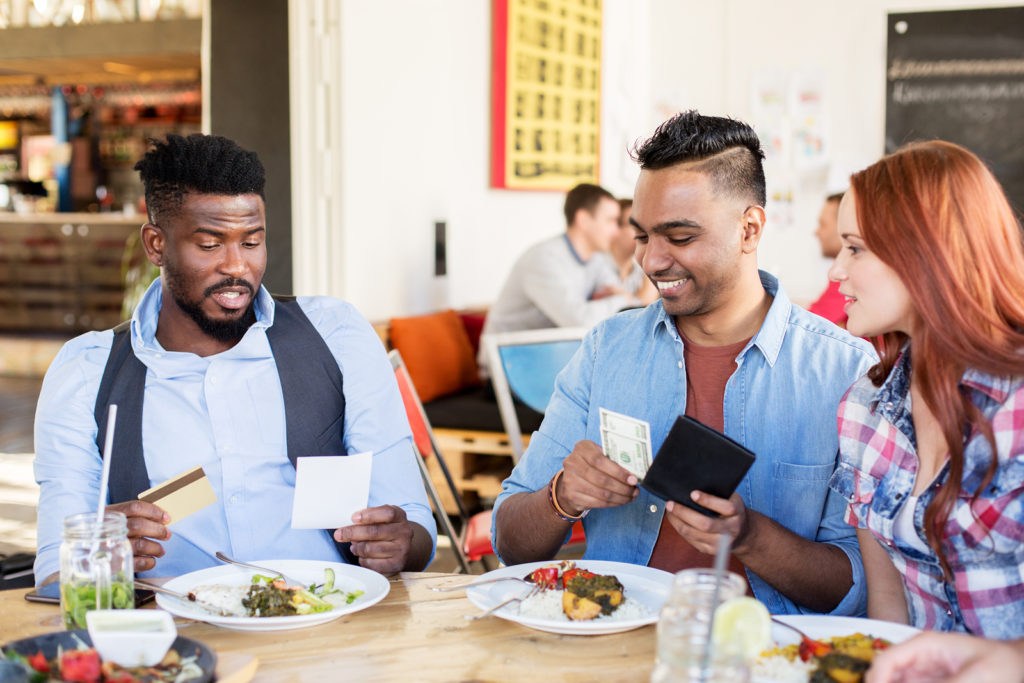 When I left school, I was lucky enough to score a job at an all girls school right away. In the education field, getting a job quickly is nearly impossible, so I was thrilled. And my salary met my expectations, so I was satisfied.

My friends also landed jobs right after graduation. But unlike me, they majored in subjects like engineering and technology and had starting salaries that were double what I made. I didn’t think it was a big deal at first, but I soon realized it was a real problem. I found myself spending outside my means just to keep up. The financial peer pressure was winning out, and I soon realized that if I didn’t rein in my spending, I was going to end up in serious financial trouble.

Keeping up with the Joneses

My salary was enough for me to make ends meet, but after paying rent on my tiny apartment and my other expenses, there wasn’t much left for extras. My friends, on the other hand, could splurge on large apartments in luxury complexes — they had actual doormen! — and had plenty left over to spend on fun.

On weekends, they wanted to hit up martini bars — at $14 a drink — or go to concerts and shows downtown. I was ashamed to say I couldn’t afford it, so I went along with them and pretended everything was fine. I would nurse one drink for the night, and then feel miserable handing over a credit card. I almost cried when we’d go out to dinner and I’d order a small side salad and everyone else got entrees, but they wanted to split the bill evenly.

No one wants to be the “broke friend,” so many people end up spending more than they can afford just to blend in.

My wakeup call came in the form of a credit card statement. I had racked up a $1,000 balance that I couldn’t pay in full. I realized that I couldn’t keep pretending, or I’d end up over my head in debt.

The next time my friends asked me to join them on a night out, I blurted out that I just couldn’t afford it and was going into debt. One of my best friends paused for a moment, before she said, “Why on earth didn’t you say something sooner?”

Most of my friends were okay with switching to more thrifty activities, and my expenses became manageable again.

How to handle awkward situations

Speaking up and saying you can’t afford a certain activity can be hard, and it’s easy to feel embarrassed. Here’s how to handle some of the most common situations to make it easier for you:

While my bank account was healthier, I can’t say my friendships never changed. Some relationships faded. It wasn’t that they deliberately distanced themselves from me, but their interests were different. They wanted to buy pricey theater tickets and visit clubs, and free concerts or taking a walk in the park didn’t have the same appeal. Instead of hanging out every weekend, I only saw some friends once or twice a month. And then slowly, that stretched to months.

That’s not uncommon, but it’s sad when it happens to you. Friendships change over time, even when money isn’t an issue. I had to remind myself that we were just maturing. I did keep many of my good friends, and in most cases, those friendships deepened.

Financial peer pressure can have a significant effect on you and your bank account. Trying to keep up with friends can cause you to spend money you don’t have, leading to credit card debt or other issues. Instead, speak up for yourself and suggest more affordable alternatives. With a little ingenuity, you can still have fun with your friends on a budget.