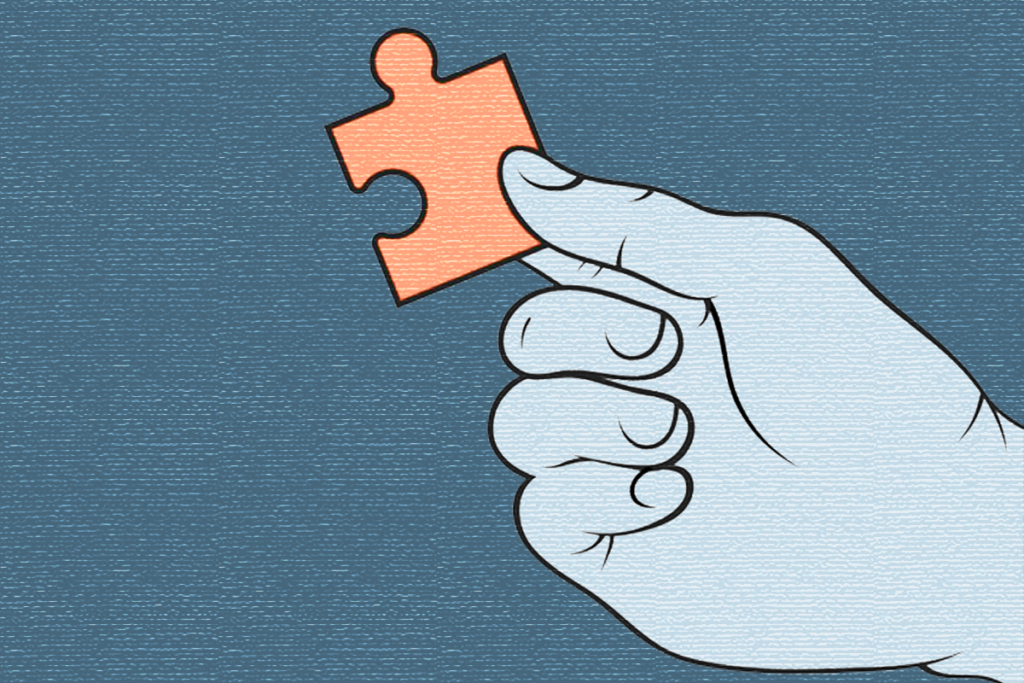 I’ve been obsessed with puzzles since I was a kid. Crosswords, riddles, logic problems, jigsaws – you name it, I wanted to solve it. To try to understand my puzzle infatuation better, I spent three years researching and solving the greatest puzzles in the world for my new book, “The Puzzler.” What I discovered is that puzzles aren’t just trivial pursuits. Puzzles can teach us surprisingly profound life lessons.

Here are four I learned:

1. Don’t get furious, get curious

The great musician Quincy Jones once said: “I don’t have problems. I have puzzles.”

What a great quote!

I call Jones’ philosophy the Puzzler Mindset, and it’s one that changed my life. I discovered that if you look at life as a series of puzzles instead of problems, you’ll be happier and more productive.

Problems are fear-inducing and intractable. Puzzles are solvable, motivating, and engage your creative and playful side. For instance, if I’m in a conversation with someone with whom I

disagree, I could frame that conversation as a battle of words. I could berate the other person and show them why they’re wrong. That rarely works.

On the other hand, I could see the conversation as a puzzle. What do we really disagree about? What evidence is there that could shift one of our minds? Where can we go from here? That is much more likely to create a productive conversation.

RELATED: The Power of Positive Self-Talk

2. Keep your mind as flexible as a yoga instructor’s body

Perhaps the most powerful weapon in a puzzler’s arsenal is cognitive flexibility. Good puzzlers don’t fall in love with their hypotheses. They keep their beliefs provisional and open to new evidence. They embrace the pencil eraser and the delete key.

Almost every puzzle I tackled required this. For instance, British newspapers run crosswords that are much trickier than American crosswords. They involve devious wordplay. I remember being baffled by one clue: “Gegs.”

That was the whole clue, just those four letters. I figured it was the plural of the word “geg.” But what does “geg” mean? I even resorted to Google and found it was the airport symbol for Portland. I got nowhere.

It was only after I took a break and let go of my certainty that the answer came to me. What if it wasn’t the word ‘gegs’? What if it was a rebus? The answer is “scrambled eggs.”

I had to let go of my hypothesis. I had to embrace the idea that I might be wrong. This is the hallmark of my favorite thinkers. As Nobel Prize-winning psychologist Daniel Kahneman says, “being wrong is the only way I feel sure I learned anything.”

When faced with a problem, attack it at its weakest point. Puzzle aficionado Bill Clinton talks about this strategy when he’s interviewed for the crossword puzzle documentary “Wordplay.” He says that if he’s doing a really hard crossword puzzle, often he’ll look at it for several minutes without knowing a single answer.

Finally, way down at the bottom, he might see a clue that he knows. And you fill in that answer, and that’s all you need to get started. You work out from that answer to get others, and you build out from that one word.

Clinton says that he finds that a useful strategy for solving all kinds of problems. And I agree. Like with writing. Often, I won’t know how to start a chapter or article. But I do have one great quote or anecdote that I know I want to use. So I’ll start with that anecdote and build out from there.

RELATED: How to Deal With Being In Transition

4. Be wary of first impressions

Sometimes first impressions are helpful, but sometimes they can be misleading. Consider this puzzle: A bat and a ball cost $1.10 in total. The bat costs $1.00 more than the ball. How much does the ball cost?

Many people, including me, have an initial instinct to say that the ball costs 10 cents. But if that’s true, the bat would cost $1.10 and the total would be $1.20. My gut led me astray! And it has led me astray in life as well.

I remember I was once offered a job as an editor at a men’s magazine. My initial reaction was fear. It was scary because I’d be editing articles about topics that I’d never written about, including cars and cocktails (I barely drive and drink white wine, not hard liquor). My gut was leery.

But really, I think my gut was just scared. I pushed past my first impression, weighed the pros and cons, and decided to take the job. It was one of the best decisions I’ve made.

So next time someone tells you that puzzles are a waste of time, remember that they are anything but. They can teach you to solve life’s problems, both big and small.