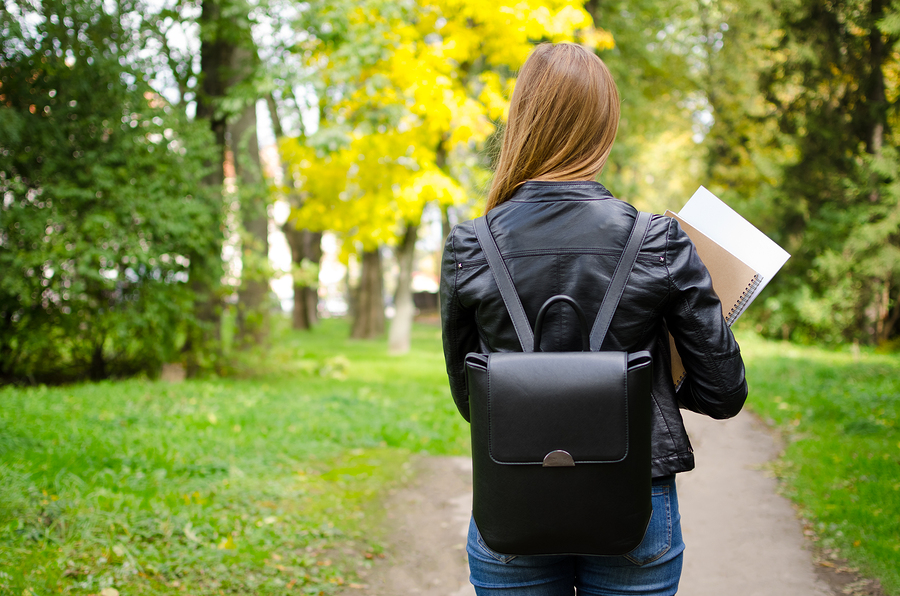 During my freshman year of college, I waltzed into my Architecture Studio 101 class with the confidence of an individual who was certain that this career path was my destiny. As the weeks went on, however, I realized that I had neither the artistic skills nor the mastery of mathematics to cut it as an architect.

The realization that the path I had planned for myself — that I had envisioned for years — was no longer going to be my reality was devastating. Becoming an architect had been a dream of mine since I’d first glanced through the glossy pages of Architectural Digest in middle school. But the reality of architecture school was not everything I had hoped and dreamt it would be. Still, I stuck with it through my spring semester, and then did some serious soul-searching during the summer to figure out what on earth I was going to do with myself.

It took a lot of faith in myself and in God’s plan, but eventually I realized that an entirely different path suited me much better. During my soul-searching sessions it occurred to me that I really enjoyed spending time around kids — I had worked at a youth program in high school and then at a preschool during college. So, I changed my major to secondary education and never looked back. Teaching seemed to be a natural fit for me, and while I am not currently a practicing educator, I still love the profession and know that it is something I can always go back to.

Now, chances are, you’ve probably heard a story like this from more than one person. That’s because most students switch their major at some point in their college career. According to the United States Department of Education, one-third of students changed their declared major within three years of enrollment. There’s a pretty solid chance that you will too. But if you’re in the thick of it and experiencing a crisis similar to mine, here are some helpful hints to find the right college major for you.

No doubt about it, college is a high-pressure situation. First, it’s expensive. Second, every single human being you’ve ever met seems to have an opinion about how you should be spending your time there. At the end of it all though, it will be your name on that degree. You are the one who will put in the hours. So, choose a major because it’s something you want, not because your Aunt Cindy thinks you would make a really great lawyer. Ultimately, this is your decision and you should feel confident that God will guide your thinking in the right direction.

Once I took these steps, I was able to choose a major that I enjoyed and that opened the door to a variety of possible career choices. I didn’t imagine that it would lead me to become a freelance writer, but the education I received, helps me to be a better writer every day.

This is where I failed. Epically. I was convinced that I would excel in architecture school. What I didn’t realize was that in order to be a decent architect, you need to be pretty good at math. Which I am not, at all. Face, meet palm.

Learn from my mistake and dig a little deeper into the majors that interest you. Figure out the specific classes you will have to take in order to get your degree in a particular field, and be honest with your level of interest and dedication to those requirements. Having all of the information will help you to make the best possible decision.

Most colleges don’t require you to declare a major until your sophomore year. Even then, it’s a simple matter of filling out some paperwork to switch. Additionally, colleges usually have a set of core class requirements (standard classes like math, writing, humanities, history, etc.) that every student must complete. Because of this, your freshman year is the ideal time to put off declaring a major for just a little longer and explore all of your options. That way, you can complete classes that will put you on the right path for any major without putting yourself behind for the one.

Choosing a college major is a big decision, but that doesn’t mean that it should come with an all-consuming sense of dread. Take a deep breath and have faith in yourself and in God’s plan for you. I don’t believe God would put me through anything he does not think I can handle. It’s hard, especially in high stakes situations like college, to have faith in that. But accepting this gave me confidence in my decision. His guidance, as well as my own savvy, has gotten me this far, will continue to propel me through life.

A few years ago, I finally downloaded Tinder. I had just gotten out of a years-long relationship and wanted to explore the online dating scene.…

As my college graduation date neared, I dreamed of the glamorous life I was going to lead. I planned on moving to New York City…