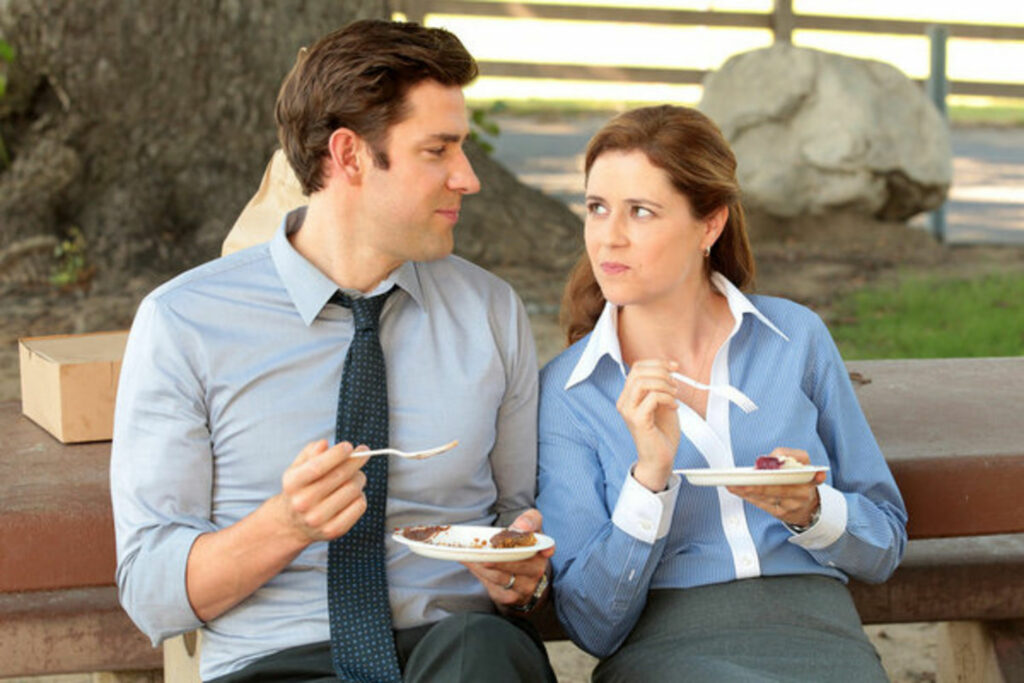 Watching my favorite TV characters find true love is so heart-warming. There’s nothing like watching two people fall in love onscreen. Sometimes I’m on the edge of my seat, watching as they go through setbacks and break-ups to end up together. Other couples are together from the start, and I instantly adore them. I love watching these characters’ love stories because it feels good and makes my heart happy!

What do all of these couples have in common? They are #relationshipgoals. Here are a few of the TV couples we all want to be like—and what they’re teaching us about L-O-V-E.

After so many seasons of “will they/won’t they,” all of us “Office” fans were thrilled to watch them end up together! Their relationship taught me that love isn’t always a straight path. There might be break-ups, engagements, and many other twists and turns along the way. But the fact that they keep returning to each other, and ultimately realize they belong together, is about as sweet and endearing as it gets.

These two prove that true love wins in the end. Even though Cece couldn’t stand Schmidt and his hilariously snobby ways, he eventually won her over—and (spoiler alert!) they end up together in the end. I love them because of their witty banter, their mutual respect, and their ability to embrace each other completely, flaws and all. And I admire Schmidt’s dedication in pursuing Cece, the girl he knew he wanted to be with. Thanks to this couple’s example, I’ve learned to stay open (even to someone I may find annoying at first!) because sometimes true love happens when you least expect it.

Not only are these two one of the first gay couples to be featured in a hit sitcom, they are also one of the funniest couples on TV by far. Cam is over-the-top and dramatic, while Mitchell is more practical, down-to-earth, and sees the world more logically. They’re always up to something, and their good times never seem to end. But most importantly, I love the way they balance each other out and always find common ground, even if they’re in the midst of a disagreement. Definitely couple goals.

Marshall & Lily (“How I Met Your Mother”)

From the very start of “How I Met Your Mother,” Marshall and Lily are a couple I instantly adored. They get along like two peas in a pod and are equally devoted to each other. Throughout the nine seasons of the show, we watch them go through all the stages of an adult relationship, from moving in together to getting married and becoming parents. I love their commitment to working together as a team. And they’re just so cute to watch!

Kristen Cavallari is best known for her part in the reality show “Laguna Beach,” but she’s since built a retail empire for herself and married former football star, Jay Cutler. “Very Cavallari” highlights their relationship in such a fun way, showing how Jay is both wildly supportive of his wife’s career, while also still poking fun and keeping the humor alive between them. They’re great role models for what a modern couple looks like—and their willingness to support each other in pursuing their own dreams is totally refreshing.