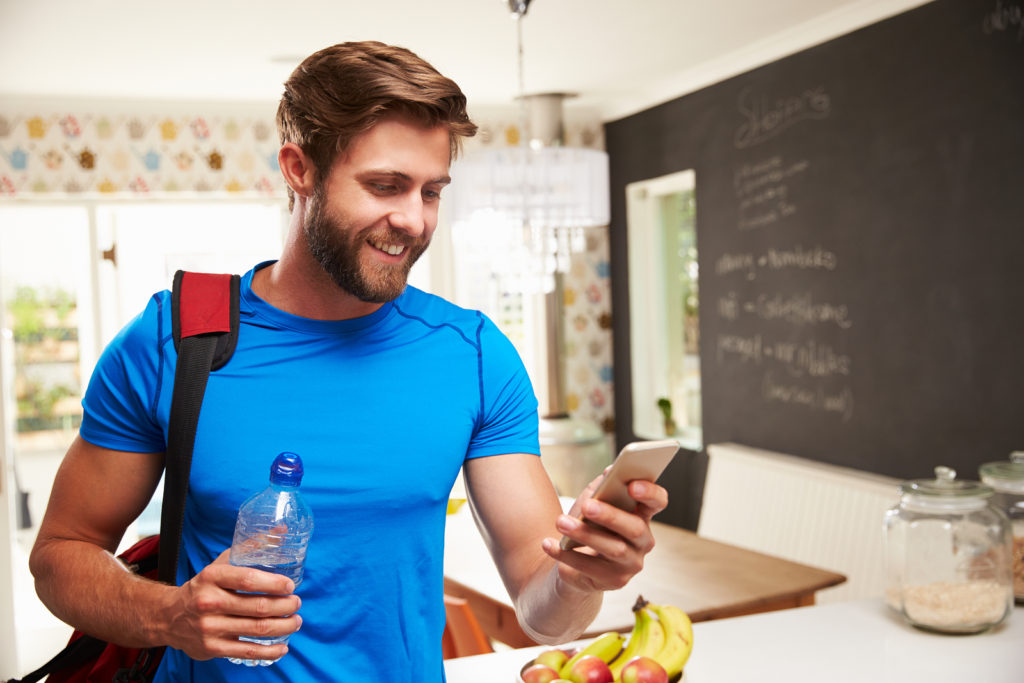 It’s 1 a.m., but my loft is bathed in brilliant bluish screen-light. The fifth episode in a row of “Master of None” is auto-playing on my Macbook, and I’m hopping between Instagram, Facebook, and Twitter on my phone.

My heart jumps. That must be the french fries I ordered from the McDonald’s app!

The above is a real recap from Friday night. It is pitiful and indulgent and embarrassing, but hey, I’ll own it. But with New Year’s coming up, I’m making a resolution — to use smartphone applications for good.

Ready to take on 2018 with me? Check out some of my favorite “healthy” apps.

When I was a college student, I had that trendy, “Help me,” look, complete with under-eye bags and a permanent ponytail. I was stressed. But I heard that meditation could ease stress, so I started guided classes at my university, and I found my Zen.

After graduating college in 2015, I lost my Zen. I moved to Seoul to teach English, and controlling a room full of cute-but-severely-hyperactive elementary students did little for my well-being. And while I’ve gone on weekend-long temple stays to practice meditation, this experience isn’t practical in the middle of the week.

Instead, meet my favorite meditation solution — Headspace. This app features a soothing voice that guides you through meditation techniques, such as those that relieve work anxiety. They also have “Minis,” which are perfect for clearing your head between classes or on lunch break.

The “best version” of myself in 2018 would speak 10 languages, but I thought I’d start with one: Korean. While looking for the best apps to learn languages on-the-go, I found Duolingo. With Duolingo, I’m learning loads of useful phrases, but there’s also the occasional humorous one, such as, “Sorry, I am an apple.”

The language app also offers incentives. While they’re completely meaningless, such as earning “lingots,” a virtual game currency you can use to buy your owl character a monocle and robe, they’re addicting. You can also enter groups to compete with friends for the best scores.

While I’d like to be the type of girl who reads the newspaper with coffee during breakfast, I’m the type of girl who barely has time to grab a granola bar to eat on the subway, where I spill crumbs on adjacent strangers. I just don’t have time for much news consumption. But this year, I’m utilizing CastBox — a free podcast and radio listening service.

Some of my already-favorite podcasts include “99% Invisible,” “By the Book,” and “Rough Translation.” But my real New Year’s resolution is to listen to, “The Daily,” a 20-minute weekday podcast that recaps some of the most newsworthy headlines, so that I can use my work commute to stay informed.

There’s a reason I haven’t listed any specific pedometer applications. Fitness and diet apps that ask me to input every calorie I consume and log every minute spent on crazy gym contraptions are stressful.

Instead, I suggest downloading a simple pedometer to log your steps.

My goal is to hit at least 10,000 steps per day, the point at which long-term health effects, such as lower blood pressure and better cardiovascular health, are seen. The best part is that pedometer apps don’t care if you did 10 laps around Target or spent 30 minutes on a fancy gym machine; exercise is exercise.

Sleep is important. It plays an essential part in your well-being, and once you’ve lost sleep, you can’t get it back. But even if you hop in bed at 8 p.m., the blue light emitted from your devices could be hurting your quality of sleep. Instead, make one of your New Year’s resolutions to, “Go red before bed,” or to swap sleep-inhibiting blue screen lights with sleep-friendly red ones.

For less blue and more red, I downloaded Twilight for Android. Twilight dims the screen and applies a red-light filter to your device hours before bedtime. Unfortunately, these apps aren’t applicable with iPhones, but iPhone users can add a red color overlay from their settings instead.

I have all my resolution apps snug in a phone folder labeled “Healthy Me in 2018.” While I don’t think I’ll become a meditation master, learn 10 languages, become a political junkie, get ripped calves, or sleep a perfect eight hours, perhaps I’ll feel better about those french fries the next time.