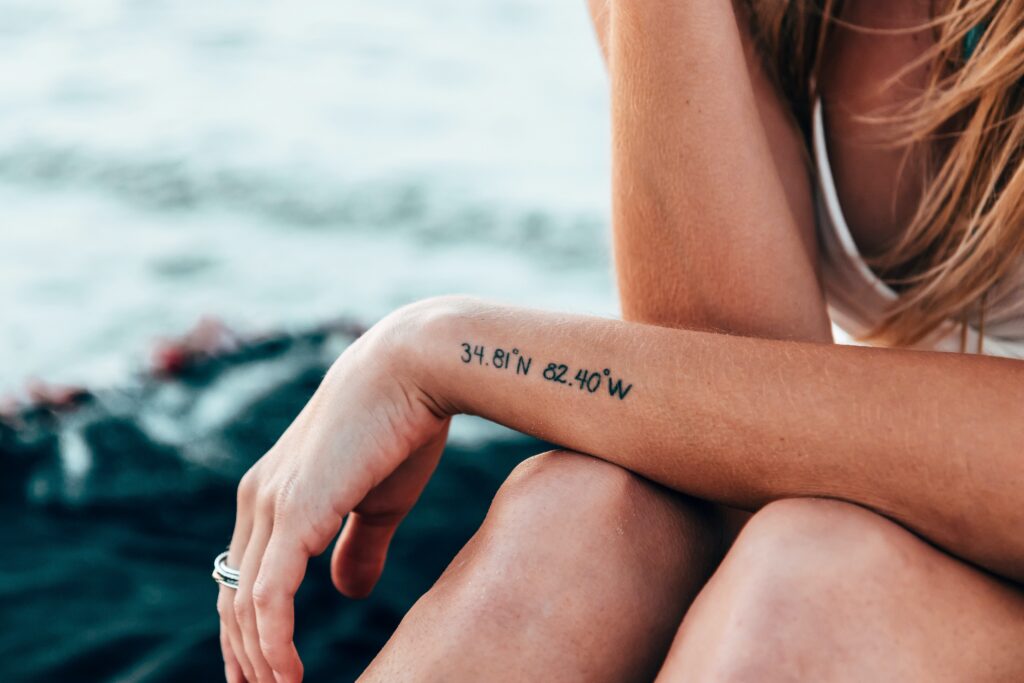 Wandering aimlessly around New York’s East Village in a post-brunch daze on a Sunday afternoon, I stumbled upon a tattoo shop. For months, I had casually floated the idea of getting a tattoo — but had never gone through with it because I could never decide on a design, let alone a good time to get one.

But on this day, I had no plans, lots of time to kill, and an opportunity to get inked right in front of me. Why not? I said to myself. So I walked in.

RELATED: Step Away From the Impulse Buy: 4 Questions to Help You Cut Down on Spending

That’s the story of how I got my first tattoo: a tiny moon and star. It didn’t have any particular meaning to me, but it was so cute that I didn’t regret getting it. However, a few months later, to my chagrin, it started fading and looking very, very blurry! Just like that, it didn’t look so cute anymore.

Hundreds of dollars in touch-ups later, I still cherish my tattoo, but I wish I had exercised more thought and planning before I chose to get it right then and there. If you’re considering a change to your appearance, here are four pieces of advice.

Leave it to the professionals

Though Pinterest, Amazon, and TikTok make it so tempting to DIY, cosmetic changes should be left to professional and experienced artists. Going the professional route is often many times more expensive, but procedures involving needles or dangerous chemicals are not the time to compromise on price! Take the time to research what you want done, and select an artist or stylist with a large number of good reviews.

I learned my lesson with my first tattoo, which I had done in brown ink. I made two big mistakes: failing to do my research on the shop before walking in, and not knowing that brown ink has a tendency to feather out and blur. These errors of mine were costly: I spent the same amount of money on fixing the tattoo (with a more experienced artist) as I did on the tattoo itself ($120).

Consider if the change fits with your career choice

Though tattoos are becoming more and more common, many work environments still frown upon visible ink. Until very recently, I was almost certain I wanted to go into law — a relatively conservative field — so I chose to get tattoos in places that I could easily cover up, like my ankle or my back. Some of my lawyer friends advised me that the same principle applied to piercings and hair color as well. Navel piercings and natural hair highlights would be fair game — visible face piercings or unnatural hair colors? Maybe not so much.

If you know you want a prominent tattoo or piercing, or to dye your hair a less common color, consider how it may be perceived by future employers. Though I wish there wasn’t this sort of judgment regarding appearance in the workplace, it may be a while before attitudes change.

Be mindful of changes to your routine

Though it may not be immediately obvious, your life routines can be affected in surprisingly significant ways from changes in your appearance. As a back sleeper, I struggled to sleep on my side after my first back tattoo, which took six weeks to heal. Similarly, after I got my outer conch piercing on my left ear, I had to be extra careful not to let my head roll over in my sleep. I also can’t let my hair grow too long, because it could snag on my piercing and irritate it.

So, for extra insight, I recommend asking someone who’s undergone the change first before you take the plunge. Then, decide if the alterations in routine are worth it.

I wish I had a better story to tell about why I got my moon and star tattoo, but I don’t — the most notable thing about it is that while it was cute, small, and spontaneous, it quickly turned into hundreds of dollars lost and lots of regret. Since then, I’ve tried to better plan my aesthetic changes — not only to protect my wallet, but also to give more emotional and sentimental value to my new look.

The next tattoo I got, I’m proud to say, is a lot more meaningful to me, and I spent weeks planning it out and seeking a reputable artist. I’ve loved Greek mythology since childhood, and the goddess Athena (who is often depicted with an owl) was always my favorite. Each day, I’m inspired by the things Athena stands for: courage, the arts and crafts, strength, and wisdom.

This inspiration led me to get an owl on my right shoulder holding a laurel branch (to represent victory, as well as myself, because my name Loreen means “laurel tree”). With my owl to watch over me, I hope to exercise prudence and wisdom with all my decisions — not just regarding my next tattoo, but with whatever else comes my way.