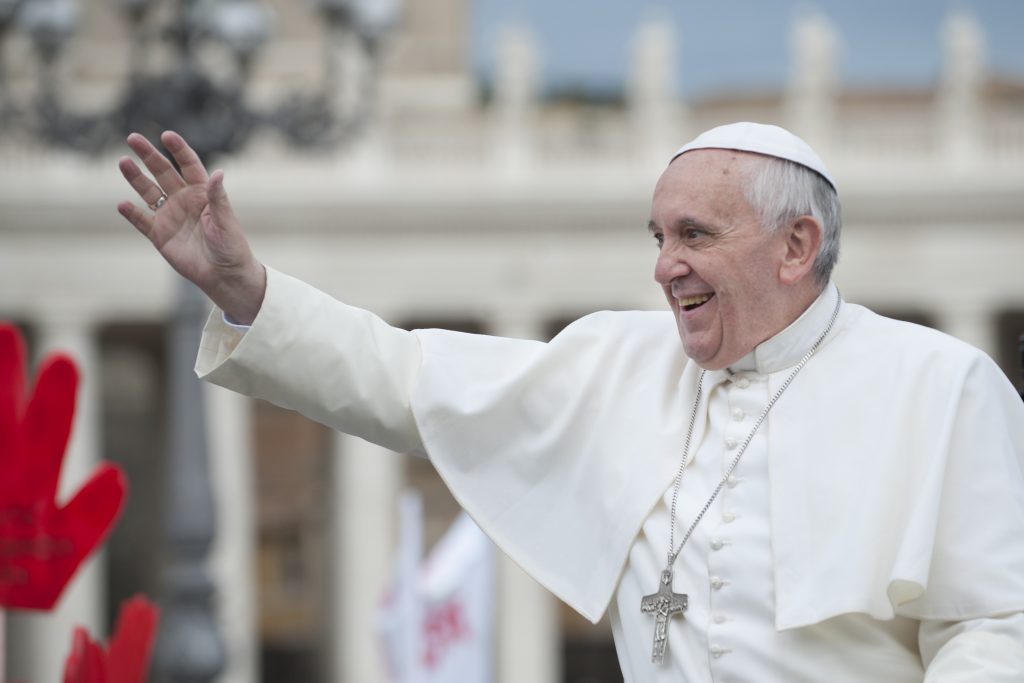 You know something is special when even though you can’t understand a word, you still feel something stir deep inside you—a feeling of belonging, of hope, of peace.

That’s what happened to me when I saw Pope Francis lead Vespers in Rome.

I was lucky enough to spend a month abroad in Siena, Italy, through a program at my school, and visit Rome with my best friend, Lizzie McGuire style. We only had a few days, so we galloped across the city, drinking in sights like the Coliseum, the Trevi Fountain, and the Vatican Museum one right after another, with barely any time to pause.

Rome is one of those cities that pulses with life, with action. It’s structured in so many layers that it’s easy to step out of your time and into an ancient one. The amount of art, archaeology, and food to take in overwhelms the senses.

As an epicenter of Christianity since Emperor Constantine legalized the practice in 313 AD and the seat of the Catholic Church since the 11th century, going to Rome as a Catholic is an incredibly important pilgrimage. That’s why more than 5 million people visit the Vatican each year.

So when my friend suggested going to Vespers, even though I’m not a practicing Catholic, I didn’t hesitate.

Held at St. Paul’s Outside the Walls, out of the way of other tourist sights, we lined up for the service several hours beforehand, as if waiting for a rock concert. People from Italy, Spain, the United States, and more singing everything from La Bomba to Ave Maria and chanting for the pope made me feel like I was waiting for a rock star to appear.

Once they opened the doors, we rushed in, unable to look at the gorgeous frescoes that adorned the walls, intent on getting a seat as close as possible. We breathed a sigh of relief that we only needed two seats and began speculating about what a Vespers service actually entails when a smiling, middle-aged nun interrupted us.

“Are you ladies from the United States? I’m from Connecticut.”

She began to explain how Vespers, often called Evening Prayer, is part of the Liturgy of the Hours. The Church’s response to Jesus’ wishes to pray always. Vespers gives thanks for the day, a fitting end to our whirlwind tour of Rome.

The crowd hushed as the pope processed into the church. People strained to get a better view—some scrambling over seats and standing up to do so—holding their breath before the service began.

Though I couldn’t understand it at the time, I could feel the gratitude and humility Pope Francis exuded all the way from my seat. His charisma is infectious, and sitting there in rapt attention in this stunning, golden basilica made me feel truly grateful and blessed for the experiences of the month.

Listening to the Pope Francis speak soothed some of my anxiety about graduation and stepping out into the real world. I felt grateful for the opportunity to experience a different way of life in Italy before my last semester at school. Even though I couldn’t make sense of the words, the right feelings were there.

If you’re interested, listen to the Vespers I heard (in English).

There are several ways to see the pope and hear him speak, including Wednesday audiences outside the Vatican. I couldn’t recommend it more, no matter what you practice. Take a pilgrimage to Rome and experience for yourself listening to one of the world’s leaders shine a ray of hope in our dark times.