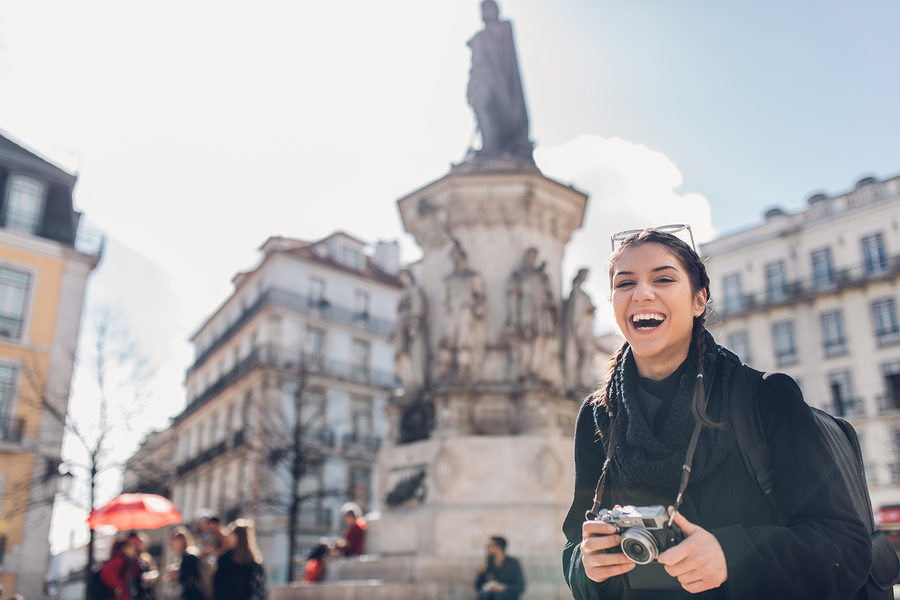 Taking a gap year after college doesn’t always mean frolicking with baby elephants in Thailand or tanning in Bali. Sometimes it means getting utterly lost or realizing too late that the toilet paper in Korean bathrooms is located outside of the stall.

It means realizing that, in fact, some Korean bathrooms don’t have toilet paper at all.

But other times it means kindling new friendships — with people from South Africa, Australia, Korea, and all over the world. It means exploring with them in cat cafes and nameless restaurants. It means saying, “See you soon,” and adventuring alone to discover something new about yourself.

And so, I ask you to consider my counsel: take a gap year.

RELATED: Starting from Scratch in a Foreign Land: 5 Tips for Moving Abroad

Before I even graduated college, I was terrified. I was terrified of committing to a 9-to-5 job I didn’t love; of going to grad school “just because;” of saying goodbye to my cozy apartment. But what I was most terrified of was not becoming the person I wanted to be.

Who was that person? At first, I wasn’t so sure. I approached the question from a career angle. I’ve always loved English, but should I pursue journalism, advertising, or something else entirely? I wasn’t ready to commit.

So, I approached the question from a different angle — the character angle. And as much as I am horrified to sound like the plot of an “ABC Afterschool Special,” I wanted to be all of the cliches: the kind of friend I’d want to have, a strong-willed spirit, a brave adventurer. And the best way to become a “better me” was to push myself to my limits.

After researching the best programs to teach English abroad, I applied to EPIK (English Program in Korea). I told family that I settled on Seoul because I could save money, experience a new culture, and build my resume with teaching experience. This was true.

But, plainly, the reasoning followed the decision. In hindsight, I could have justified going almost anywhere and doing almost anything. I could have moved to Maryland to save the crabs or I could have couch-surfed through California. What was most important was that I made a decision instead of being paralyzed by fear and uncertainty.

And I urge you to do the same. Throw a dart at a map, make a list, talk it over with your friends, your grandfather, your cat.

Just do something your heart smiles about.

Keep in mind, though, that your decision might not make your family smile. They might have some concerns. The smoothest way to tackle the “gap year talk” is to prepare a list of possible downfalls and how you might best overcome them.

Preparing this list can also highlight your own concerns. For example, you might worry about spending too much during your gap year, especially if you have student loans. Or you might decide traveling “isn’t your thing.”

That’s OK, too. A gap year doesn’t have to be glamorous or Instagram-worthy. Consider volunteering through a church that offers housing and a food stipend. Or perhaps take a year “off” to work part-time at a local shop and work part-time on your passions.

A gap-year also doesn’t have to be long. If you’re more interested in taking a gap half-year, or even a gap month, don’t let the wording stop you. “Gap year” just has more of a ring to it than “gap undetermined-amount-of-time.”

There is, however, one important rule: You must use the time to challenge yourself. So that, even if at the end of your gap time you’ve worn holes in your shoes or heart, you can say you’ve learned something about yourself.

My future is still fuzzy, but I’ve enjoyed teaching so much that I’m considering teaching in the U.S. And while the person I want to be is still in the making, I’ve learned a lot in the past gap year.

I’ve learned that I’m not much of a hiker, so my adventuring is done best secondhand through reading books. I’ve learned that some friends come and go, and that’s OK. But I’ve also learned that life is so much sweeter with my best friend by my side. I’ve learned I’m fantastic at faking being a grown up and that I don’t have to have life figured out in my 20s.

And I’ve learned to always carry a bit of toilet tissue in my back pocket.