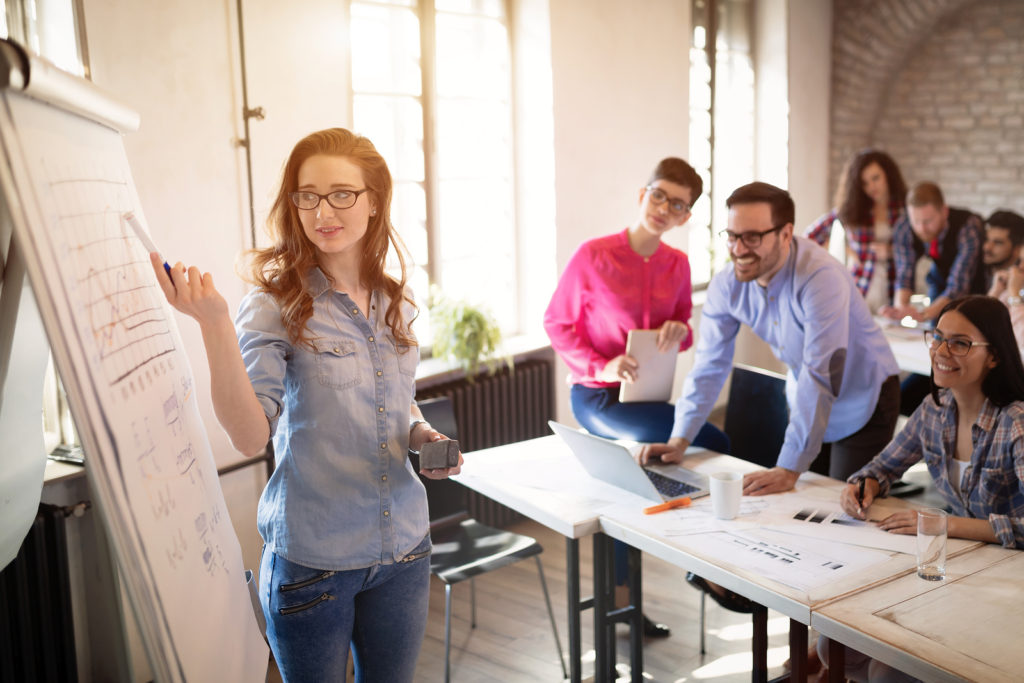 I halt my chair-swiveling when one of my students — a big-shot Korean businessman — walks in. I stand up, and I give my best anti-floppy-fish handshake.

“I have a big presentation coming up, and I want to practice,” he says.

He means he wants to practice in English, of course. He opens his Powerpoint, and he begins speaking, pausing after a minute for feedback.

“Your intonation has improved greatly!” I say to the big business guru from behind my small desk. But what I’m thinking is more along the lines of, “Does he know that I eat exclusively knock-off Cocoa Puffs for breakfast?” I hide my scuffed white Converse behind my chair wheels, grin, and ask him to continue.

It’s been a little over a year since I left Florida for Seoul, South Korea, to teach English. When I first arrived, I taught English to elementary students. Singing songs, playing games, and reading stories to Korean kids, I felt right at home.

However, when it was time to renew my contract a year later, I learned that my school no longer had the budget to keep a NET (native English teacher) on the team. Not wanting to enter the stress-pool that is the Korean kids’ hagwon (a private afterschool academy with long night hours), I jumped at a Craigslist posting looking for a NET for part-time adult tutoring.

My new job came with better hours and less discipline-related stress, but it also came with a heaping dose of anxiety.

How was I supposed to teach English to adults when I, myself, don’t feel like an adult?

At 25 years old, my age qualifies me as a grown-up, although I feel no older than 20. And I haven’t hit any of the life milestones my 20-year-old self expected my 25-year-old self to have hit. I’m not the editor of a big-city newspaper. I’m not married. I don’t have kids. I don’t even have a pet. In fact, the closest I have to any living creature in need of my care is a succulent that looks to be in its first stages of wilting. (Aren’t they supposed to live forever?)

At first glance, my new coworkers, a mixture of 20- and 30-somethings, seem to have it all together. Armed with Banana Republic blazers, fresh haircuts, and shiny leather shoes, they made me feel underdressed and overwhelmed. They shake hands with confidence and courageously make eye contact with their students, and they, well —  they adult.

So, despite my scuffed sneakers and the “ABC’s” still stuck in my head from teaching kids a week earlier, I put on my best adult facade.

For the first few weeks, I was perpetually anxious about blowing my cover. Then, one weekend, I accepted an invitation to hang out at the Han River with a coworker and some friends. We popped open some Cass and Heinekens, and we dropped the grown-up masquerade. We geeked out over K-pop, made immature jokes, talked Tinder mishaps, and laughed. It was then that, like a K-drama plot twist — it hit me.

During the weekday, they, too, adorned cheap blazers and valiant grins, and they adulted. But on a Saturday evening in the Korean sunset, they were transformed back into their younger selves like it was by the decree of a fairy godmother’s hourglass magic.

The next Monday at work, still sporting my slightly too-beat-up Converse, my anxieties were lifted.

This time, my first student of the day was a principal head of a bank. He wanted advice on how to explain an issue he was having with various banking procedures. I listened intently, and I tried my best to follow. For a moment, my mind wandered and I imagined myself back in my old job, tying shoes and handing out sparkly stickers that said, “You can do it!”

I could do it. I knew that this time, too, I’d probably have to fake it. The difference was that now, I was in on the secret: Everyone is faking it. And although this Korean banking mogul was likely more adult than I’d ever be, I imagined he had a childish secret. Maybe he, too, indulged in knock-off Cocoa Puffs this morning.

I took a deep breath, and I advised him. To be honest, I don’t know if it was the right advice, or even if I entirely understood what he was asking from me. But I knew that I’d faked it well enough after he breathed a sigh of relief and smiled.

Making friends when you’re an adult can be hard. When my wife Kristan and I moved to Chicago, we had no friends in the city.…

Whether you’re searching for the right person or you’ve been with them for years, it can be difficult to know exactly how to make your…