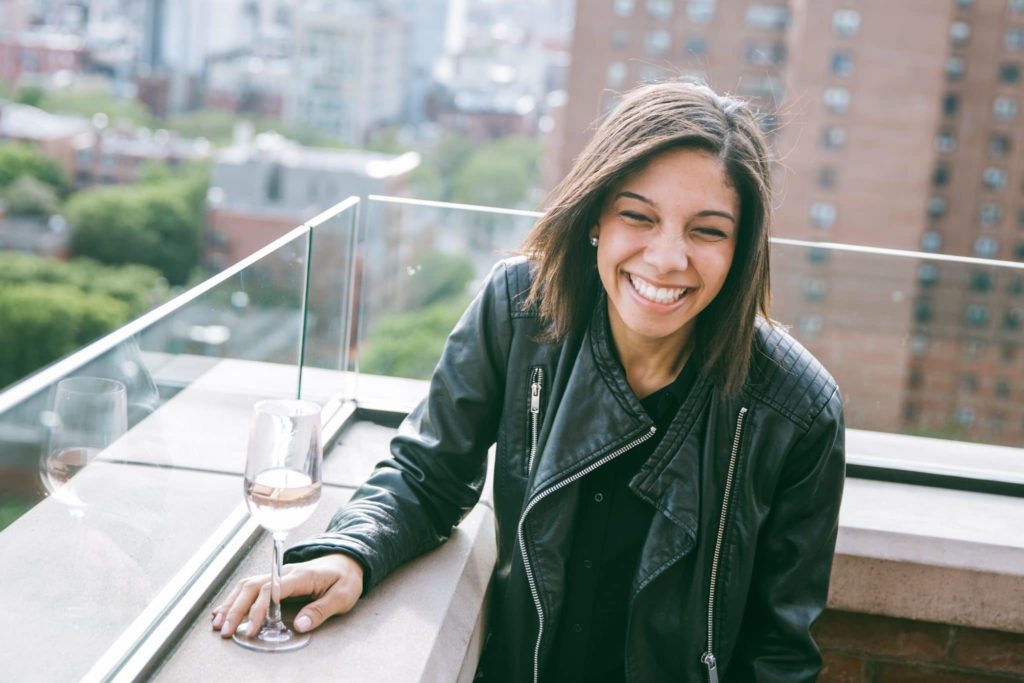 I live in the Midwest, so literally all of my friends are married or almost married. According to the U.S. Census Bureau, women in Minnesota get married at a median age of 26.9. On the East Coast, people are getting married later— in Washington, D.C. women  are tying the knot at a median age of 30.2. In New York, 29.1. But no matter where you live or what the stats are, if most of your friends are married—and you’re single— it can feel isolating.

Being single for a big chunk of my 20s, I’ve had so many (mostly) well-intentioned people ask me: Who are you dating? Have you met the right guy yet?

And when my answer is: “I’m not dating right now,” I often get looks of pity and responses like: “Don’t worry, he’ll come around,” or “You have to love yourself before you can love someone else,” or “Your time will come.”

Whenever this happens, I silently laugh to myself. Because first, I’ve had many boyfriends and lots of successful (and some unsuccessful) relationships. To me, the success of a relationship isn’t based on whether or not we crossed the magical finish line at the altar. I really believe that some people come into our lives for only a season and aren’t always meant to stay forever.

Even though everyone means well, I know that a relationship and being married is not the end-all, be-all in life. This is why I refuse to let myself be single-shamed. Yes, I totally believe in true love, and I think it’s so beautiful when people commit to each other for the right reasons.

There’s so much pressure to cross marriage and kids off a metaphorical life checklist—even though it’s not always for everyone. So, that is why I have no shame in being single. Because I’d rather focus on what makes me happy and stay open to the possibility of a great relationship then force myself into something that isn’t necessarily meant for the long-term. And I’ve found that sometimes, my own sense of comfort with my single status can bring out insecurities in other people who can’t imagine living life “alone.”

Most social events revolve around couples at this stage in my life (like all the weddings), so there’s plenty of opportunities for single shaming. When you turn up alone without a plus one in tow, there’s a tendency to feel like you’re being judged. However, I’d so much rather show up confidently by myself then with a guy who I’m not even that into just so I don’t appear to be “alone.”

Because here’s the truth: I’ve realized that there is absolutely nothing to be ashamed of in being single at any age. So, when a person’s first question is to ask me who I’m dating, I think of how my “not now” answer has actually been a “yes” to so many other areas of my life. There’s so much more to my life than just who I’m in a relationship with (or not). And ironically, I’m finding more meaning and fulfillment being on my own. I’ve built up my own business as a writer and marketing consultant, I’ve spent months volunteering in South America, I’m writing a book, I’ve traveled to Bali and Iceland (and soon Vietnam), and I’ve connected with people from all walks of life and made friends all over the world.

It’s not always easy to be the single one in a group of friends or to show up to weddings or family holidays, year after year, without a significant other. But I’ve done all that before. I’ve brought boyfriends around to meet my friends and family—and sometimes it was fun, but honestly, most of the time, it wasn’t. And when I do meet someone I genuinely love, I’m totally open to committing to him and marriage, if it’s right. But until then, I don’t feel like I’m wasting a second of my life being single—and that’s certainly nothing to be ashamed of.

Of course, there have been moments that have been hard. I’ve doubted myself and second-guessed my singledom because it’s easy to let the opinions of others cloud my own judgment. But I’ve learned to find my own sense of confidence that comes just from myself (not from another person), and I now know, in my heart, that there is absolutely no shame in living my best life, whether I’m by myself or with someone else. Because I really like who I am and I enjoy my own company—and I’ll feel happy and fulfilled with my life, whether I meet that perfect partner or not.

Recently, I found myself in the midst of a major life transition. I’d lost my job and was struggling to decide what to do next.…

I don’t think I’ll ever get over the fact that my days of three-month summer vacations are behind me. But, never one to glorify the…