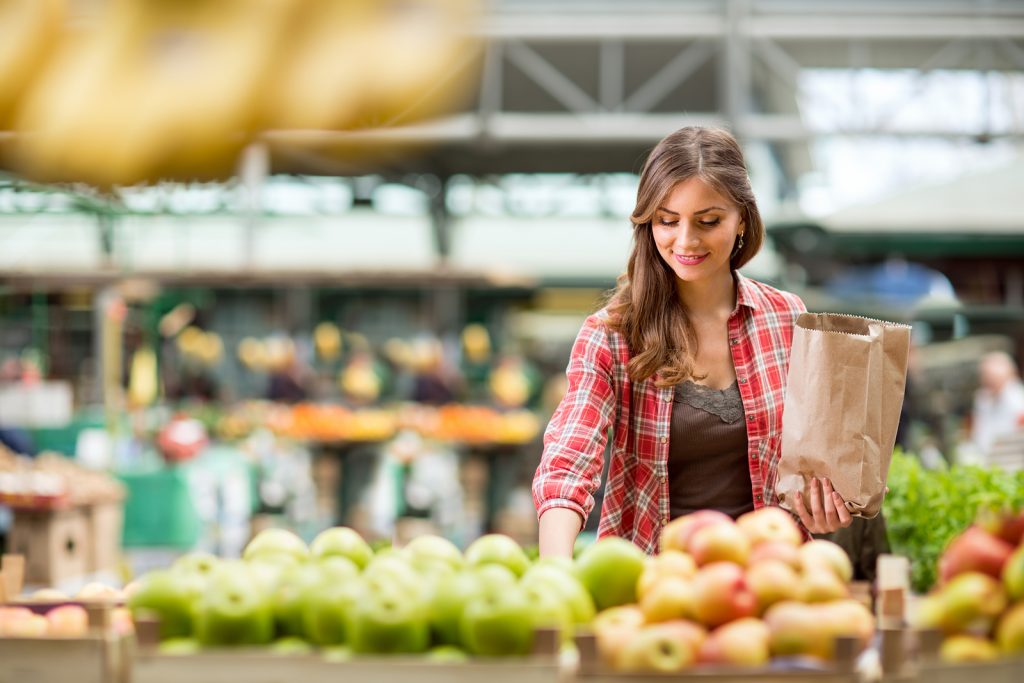 I first discovered the benefits of selecting organic foods when I was in my early 20s battling Lyme disease. Many of the treatments I had been prescribed either didn’t work or made me feel worse. When I consulted a physician who suggested diet changes and eating organic food, I didn’t understand the importance of the latter. By brushing up on the topic, I came to realize that selecting organic options whenever possible extended beyond just nurturing my own health — it took into account the impact of my individual choices on both the environment and the workers who grow our food. It reminded me that I am connected to a larger world and even small decisions like what I eat can be meaningful both to me and to others I will never meet.

How do I know something’s organic?

Selecting sustainable options at the grocery store is easier than ever. The term “organic” requires that certain criteria are met. The USDA has established guidelines about how foods labelled organic are grown, how animals are raised, and what pest control options are acceptable. The term “natural” doesn’t have the same stringent requirements. A quick way to tell if your fruits and veggies are organic is to look at the price look-up code on the little stickers on them. If the five-digit number begins with a “9,” it’s organic.

Where do I find organic foods?

When I began choosing organic options, availability was sometimes an issue. I lived in a small town and relied on what my local grocery store supplied. Sometimes, my mom would drive 20 minutes away to a health food store to get what I needed since I was too sick to do so myself. Now, most large chains have at least some organic offerings. When organic isn’t possible, locally grown is a good second choice. Many areas have farmers markets where you can connect directly with the growers. When I moved to New York City, I began growing some herbs and veggies in pots on my window ledge with varying success. One year, my basil plant did especially well and I savored its rich aroma every time I cooked with it. It was encouraging to see that even with my (lack of a) green thumb, I could bring to life a plant without the use of chemicals — much like my great-grandmother did a hundred years before.

At times, cost has been a concern — no one wants to see a grocery bill with too many digits for only a handful of items. I discovered that while some organic foods are pricier than their non-organic counterparts, many are comparable — or even less expensive. It pays to shop around. Markets like Whole Foods and Trader Joe’s have organic store brands for everything from beans to tomato sauce. Even Walmart and Target carry organic offerings.

If you have to choose a mix of organic and non-organic options, The Environmental Working Group puts out an annual list of which fruits and vegetables have the highest concentrations of pesticides. This year, they suggest making sure to buy organic apples, peaches, tomatoes, and spinach, amongst others.

Does buying organic make a difference?

As my own health improved, my mind felt clearer, my digestion was better, and I had more energy. Organic food wasn’t the sole reason for this, but it was a key element in my overall wellness plan. I soon became more aware of social justice issues, including the reduction of toxic pesticides polluting our land and water and concerns for the typically poor migrant workers who are sickened by exposure to chemicals. Migrant workers report higher than average rates of pesticide poisoning and have a higher incidence of certain types of cancers. After suffering with illness myself, it became important to me to consider where our food comes from and the human capital used to produce it.

While my efforts are not always perfect and might be a drop in the bucket, I take comfort in knowing I’m doing my best to nourish myself while nurturing the planet — one bite at a time.