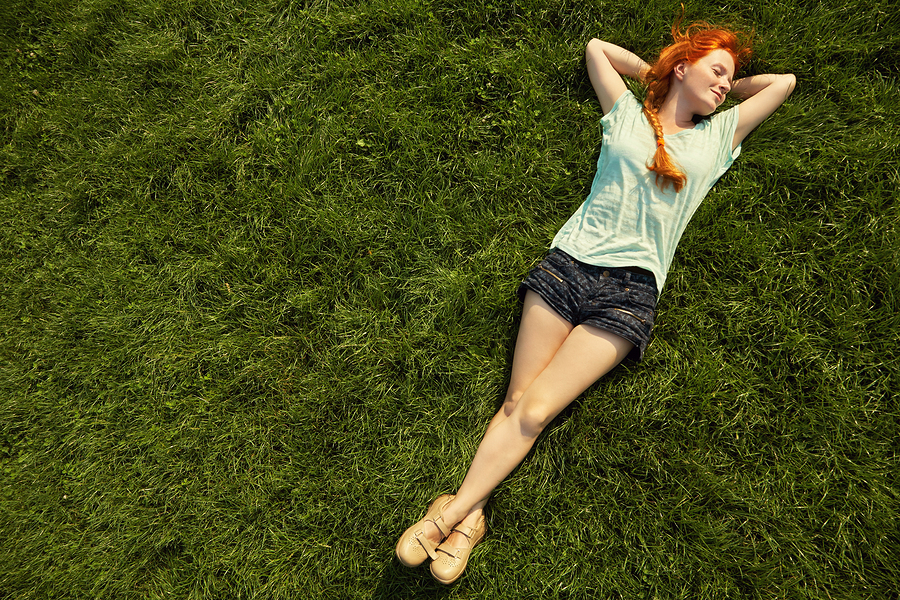 This year during Lent, I made a bold choice for my annual pre-Easter sacrifice. I didn’t give up chocolate or alcohol, and I didn’t stop watching TV. Nope. I decided to stop using my phone in the car.

It may not sound like much to give up, but for this tech-addicted Millennial, keeping my little distraction machine out of reach any time I was in the car proved to be a serious challenge. Of course, I’ve always known using my phone while driving is bad news, safety-wise. However, I spend a lot of time driving and have never quite been able to kick the habit. But throughout those six weeks, in addition to the practice of not talking on the phone while driving, I had to forgo the entertainment of music and audiobooks, as well as the connection to others via social media. To put it plainly, I had to get bored—and that boredom (at least at first) was extremely uncomfortable.

In a world of constant engagement, it’s easy to believe boredom is a bad thing. Smart phones stand constantly at the ready to hold our attention not just in the car, but anywhere and everywhere. I mindlessly whip mine out of my purse or pocket whenever more than 30 seconds of downtime occur during my day. In line at the grocery store or waiting for a table at a restaurant, I look through notifications, peruse emails, or check the weather (sometimes even if I’m already outside). In addition to phones, eye-level screens and piped-in music are ubiquitous in public places, ensuring our minds never go blank.

By the end of my Lenten observance, I realized that the hours of empty airwaves had actually brought more peace and well-being than constant phone-checking ever could have. I finally became comfortable with quiet, even looking forward to my driving time because of it.

Increasingly, research backs up this positive experience of boredom. Here are four hidden benefits of boredom.

In the midst of life’s busyness, sometimes I wish I had just a little more breathing room. It’s more than just a feeling–research reveals that our brain needs breaks. Saying yes to downtime has been shown to increase productivity. When you take away mental stimulation, your brain doesn’t actually stop working. Rather, it merely functions differently.

In her book “Bored and Brilliant,” author Manoush Zomorodi explains, “Boredom is the gateway to mind-wandering, which helps our brains create those new connections that can solve anything from planning dinner to a breakthrough in combating global warming.” Boredom triggers the brain to enter something called “default mode network,” a state that actually helps us organize thoughts and creates a sense of self. Time spent in this mode leaves us refreshed and ready to jump back into whatever project lies before us. I certainly found this to be true. Having taken my eyes off of email, texts, and social media for awhile, I had fresh attention to give them when I arrived at work.

Studies repeatedly show that when people are given a boring task to slog through they score higher on creativity tests afterward. Clearly, a connection exists between zoning out and increased innovation.

“You could say that boredom is an incubator lab for brilliance,” says Zomorodi, emphasizing that the same neuroscience principles that make boredom productive also make it a creativity booster. J.R.R. Tolkien first got the idea for his classic “The Hobbit” while grading his Oxford students’ exams (a task he found extremely uninteresting). Personally, letting my thoughts meander on a long walk produces my best “aha” moments, such as inspiration for writing or even a clever approach to parenting my kids.

With all the benefits of mindfulness meditation, perhaps you’d like to develop a solid practice but struggle with getting your mind to quiet down. Enter boredom as a mental health tool. What we think of as listlessness may be the mental slate-clearing necessary for effective meditation. It sounds counterintuitive—doesn’t boredom mean your mind is wandering? Not always. Next time you find yourself without any interesting thoughts, capture the moment to see if you can make it a mindful one. Focus on your breathing and simply experience what’s happening around you. In my own experience, the unstimulating bare walls of a waiting room can make an unlikely (but surprisingly ideal) meditation space.

At times, constant mental occupation serves as a coping mechanism. If I never stop to quiet my mind, perhaps I don’t have to think about difficult issues in my life. Strained relationships, underlying fears, or past hurts can stay comfortably buried. But getting a little bored cracks open the door to allow these thoughts into my consciousness, where they can be seen and dealt with in a healthy way. During my Lenten phone fast, I found myself ruminating on the big question of whether I needed to quit my job. Giving my attention to this issue helped me process my true thoughts and feelings about it, leading me to the conclusion that it was time for me to move on.

So, how can you bring a little more boredom to your life? Leaving your phone out of reach in certain places (like the car, public transit, or when you’re out to dinner), going without earbuds, or even (gasp!) enduring the drudgery of waiting in line without any stimulus all add needed mental space in our day. Life can be pretty dull pretty often if we don’t stick our phones in front of our face. Maybe it’s time we embrace the empty space.