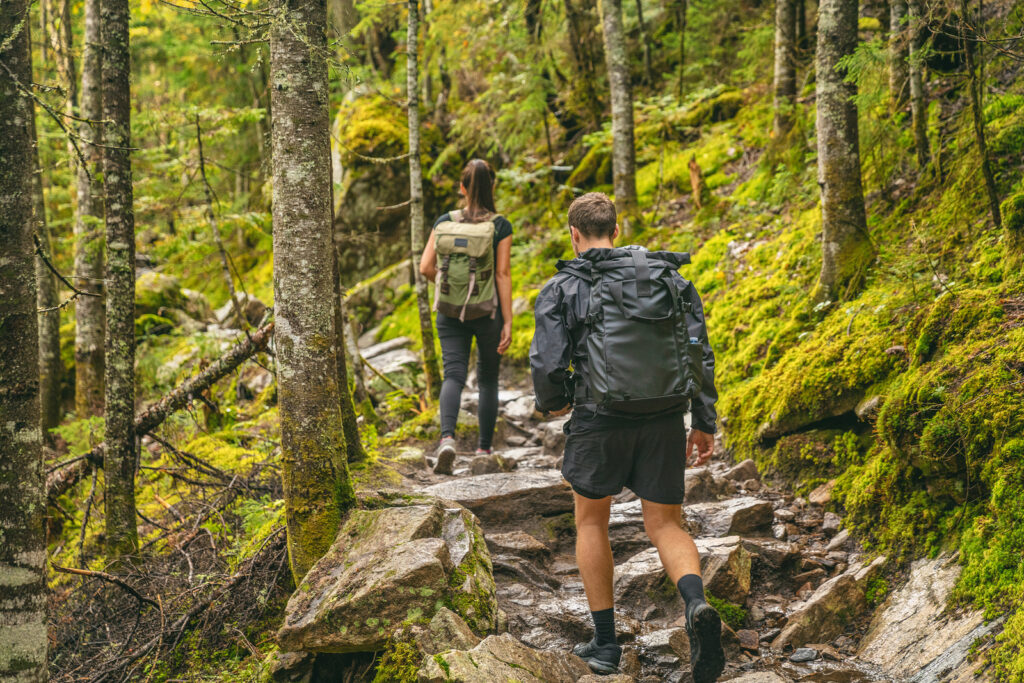 “I think we’re lost,” I said tentatively, watching the sun draw long shadows up the sides of the Utah canyon.

“Nah, let’s keep going,” my then-partner of three months replied. It was late in the day, later than we had planned on hiking. While Canyonlands National Park is mostly desert, spring break in March meant that snow threatened to fall overnight. It was day four, and we had been walking for eight miles already, hoping to get to our campsite in time for some Annie’s Mac and Cheese over the fire.

Day four of hiking with someone I had seen for the first time across the quad at my college just a few months ago.

RELATED: 3 Conversations to Have Before Your Relationship Gets Serious

We kept moving, seeing no one but a few crows circling overhead, and hearing nothing but the occasional rustle in the sagebrush to announce a lizard or squirrel. I felt my legs, heavy and stiff, like they couldn’t possibly go the four more miles to camp. The wind blew juniper and smoke around us into the silence. Each step felt like it wouldn’t end, and I could feel us both becoming more frustrated with each passing second.

Finally, he pulled the map out for what felt like the tenth time. “We should have hit this point by now,” he squinted at the paper. “We’re still on a trail, but maybe we’re not on the one I thought we were.”

I looked up at the canyon walls, feeling trapped and panicky. This was the first time I’d ever seen him unsure of himself. What had I done, going into the backcountry with a boy I barely knew? Was this really the person I wanted to be with?

“Fine, let’s turn back until we can figure it out,” I said, though I didn’t think my legs could take it. We doubled back to the last turn until we made it to the checkpoint we had passed when the sun was high and I wasn’t so tired. I sat down, defiantly eating my last bag of trail mix.

“No, this is definitely it,” he said, ignoring my bag on the ground. “Let’s get going.” I glared at him, but he didn’t notice, striding forward into the brush to head down the same trail again.

Why hadn’t I asked to see the full itinerary before we left? I should have known a 12-mile day was going to be too much for both of us.

With every step, I felt more and more stupid for what I had done. Anger roiled in my stomach, but I didn’t have the guts to argue in the middle of a canyon with no end in sight. I knew we weren’t truly in danger, but I did know there was a hefty fine for off-trail camping, especially in a protected place. I didn’t want to be those spring breakers. We were down to our last meal, our last bit of water, and we hadn’t passed a river in days. We had conveniently left our GPS and radio in our rental car back at the trailhead, a four days’ walk away.

I started to run scenarios of what we’d do when the water ran out. What I’d say to my friends when our relationship fizzled like the dry cracks in the mud on the trail.

Two hours of walking later, a weathered wooden sign announcing our arrival. “Camp!” I whooped. He caught me in a big bear hug, squeezing all the air and frustration out of me. We had made it. I could take off my shoes!

“Hey,” he turned to me, looking at me straight in the eyes. “I should have double-checked the route ahead of time. I’m sorry.”

RELATED: 5 Ways to Say, ‘I’m Sorry,’ to Your S.O. That Are Better Than Flowers

An apology, of all things. I had been ready to lash out, to shut myself in the tent for the remainder of the night. But instead, the anger from the day evaporated as we debriefed on the trail, the map, and what went wrong. Slowly, the pressure valve released as we ate our long-awaited mac and cheese, the cheesy globs of goodness melting away the resentment I had built up with every step to camp.

Until then, I didn’t realize that how you react to your situation in a relationship matters often more than the situation itself. Admitting you’re wrong is one of the hardest things to do.

Once he apologized, I knew he was exactly the responsible, capable person I had signed up to do a strenuous week of backpacking with. By acknowledging our failure — once we were safe — we could go from being scared to laughing about it.

And where we got lost? Turns out Canyonlands has an aptly named section called…Lost Canyon.