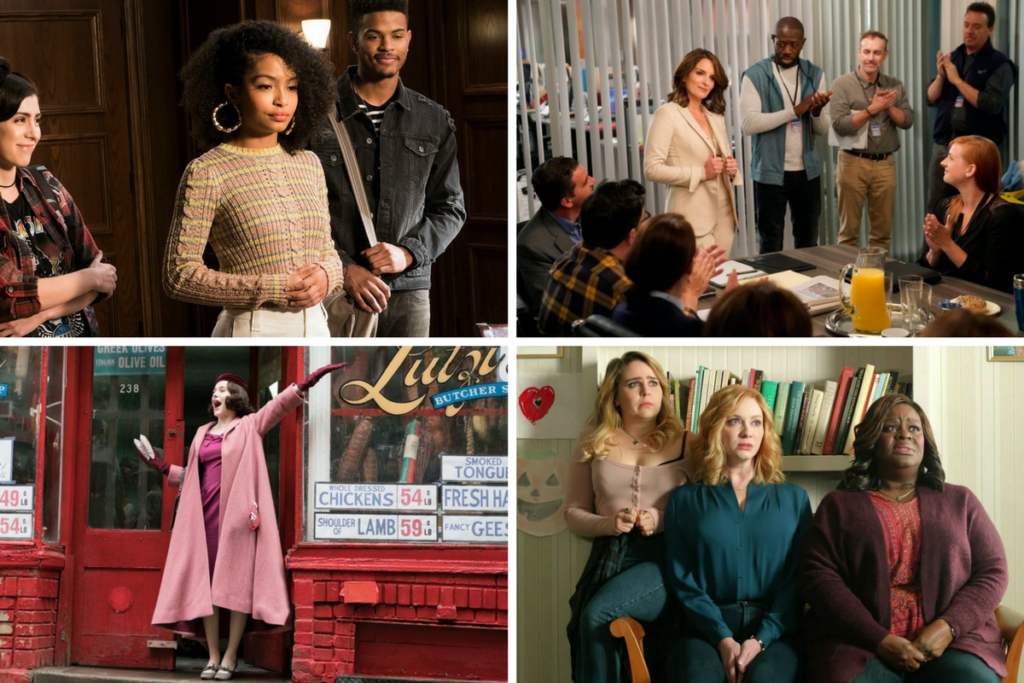 This time of the year is perfect for grabbing your favorite blanket, heating up a mug of hot chocolate, and curling up to watch some TV. These six shows are prime watching while you’re hibernating during the colder months. Personally, I love television in the winter. And adding shows to my watchlist from a variety of genres helps to keep me fully entertained when it’s too cold to go outside.

The next suspenseful chapter in Ryan Murphy’s “American Crime Story” series will focus on the death of fashion designer Gianni Versace. The bright colors of Miami will surely get viewers feeling warmer as you take a journey through the events leading up to Versace’s murder. I’m looking forward to diving into a bit of pop culture that happened when I was just a kid. Much like Murphy’s first ACS, “The People vs. O.J. Simpson,” this show will take us back to a pivotal moment in 90s pop culture.

Speaking of 90s pop culture, “Roseanne” is another show on a long list of revivals that are set to come back.. This March, viewers can look forward to the return of many favorite characters, including Dan and both Beckys. I’ve always loved Roseanne’s realistic portrayal of family life. The parents weren’t supermodels and neither were their children, just like my family. I grew up in Pittsburgh and loved that “Roseanne” was set in Illinois, a fellow Midwestern part of the US.  Since “Roseanne” has 10 seasons that lead up to this revival, it’s a great choice to binge watch this winter when you have some time on your hands. I’m excited for some serious nostalgia with this one.

Fresh off a Golden Globe win for best television series musical or comedy, this Amazon show is truly a gem. Only in its first season, “The Marvelous Mrs. Maisel” tells the story of Miriam “Midge” Maisel, a 1950s Jewish housewife living in New York City whose husband Joel is a businessman who performs stand-up comedy. After one spontaneous night on stage, Midge ends up figuring out it’s actually she who is the talented comedian. This show excites me because it’s a hilarious and inspiring story of female empowerment. “Gilmore Girls” lovers, you’ll also be happy to know that Amy Sherman-Palladino, who created the series, also created “Mrs. Maisel” (complete with even more rapid-fire dialogue).

This spin-off of the ABC series “Black-ish” stars the Johnson’s oldest daughter as she heads off to college. I love watching actress Yara Shahidi as Zoey navigate all the pressures and stresses of young adulthood. It helps me remember the fear and simultaneous excitement of heading to college—11 years ago now! The fashion in this show is so fun to watch—I love checking out everyone’s unique style.

As a lover of “Parks and Recreation” and “30 Rock,” I am a huge fan of “Great News,” which was created by Tracey Wigfield and executive produced by Tina Fey. The show is styled like “Parks and Rec” and Fey created “30 Rock” with Wigfield by her side as a writer. ”Great News” follows a mother who becomes an intern at the news show where her daughter works. I love laughing at the zany adventures of mother Carol and daughter Katie. The school plays and awkward teenage years depicted on screen remind me so much of my own, and the way Carol always supports Katie no matter what brings to mind my own relationship with my mother. This show is worthy of a binge session with your mom this winter.

This show stars two of my favorite actresses—Christina Hendricks of “Mad Men” fame and Retta from “Parks and Recreation.” I’m excited to see this comedy-drama about three suburban women who struggle to make ends meet for their families. In their desperation, they end up robbing a grocery store and chaos ensues. Friendship comedies are always worthy of a look for me, as I often find them a source of great joy. The women couldn’t be more different in terms of background, but they find their commonalities and love and support each other. Female friendships are special, and I’m excited to see how this one plays out.