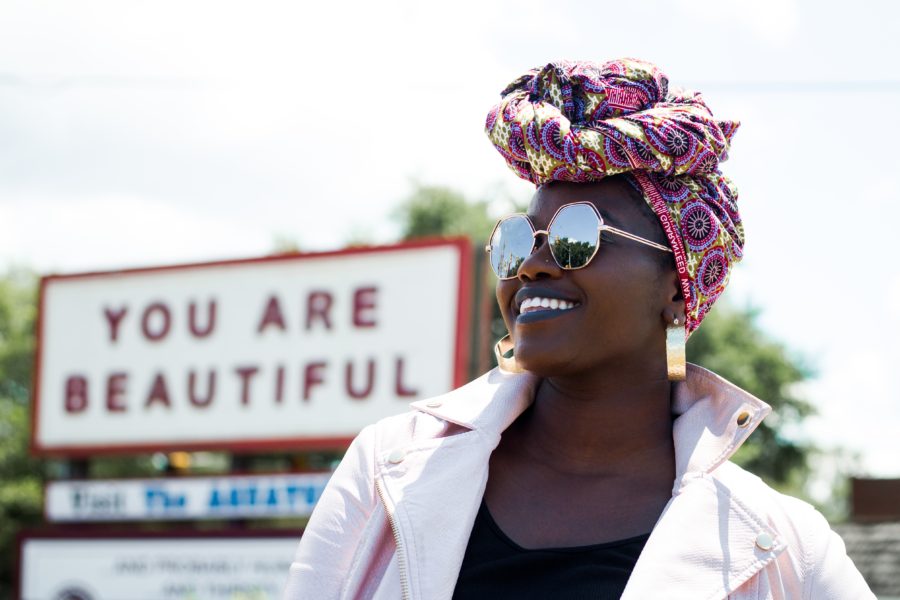 Self-deprecating comments. Most of us have probably made them. “I’m such a klutz,” or “I’m pretty much a loser.” Words are really important. The words we say to others, the words others say to us. But perhaps some of the most important words are the ones we say to ourselves. Because, whether we realize it or not, we spend a lot of time talking to and about ourselves, and the feelings reflected in our words can have a major impact on our daily lives.

Growing up, I heard a lot of negative words. I was severely bullied throughout my childhood and adolescence. I still remember my first encounter with bullying in preschool: two girls made fun of my glasses and unique, raspy speaking voice. I was crushed, but grateful that my parents arrived later that day to comfort and reassure me. But as the bullying continued throughout the years, it seemed that my parents’ sweet words couldn’t drown out the mean ones I heard from my peers.

By the time I was 12 years old, I discovered self-deprecating jokes; little comments I made at my own expense. I poked fun at my full figure and complained about noisy wheezing. I said things like “Ha! Like that dress is going to be big enough to fit me,” or “I can’t possibly surprise anyone — they’ll hear me breathing before they ever see me!” I used self-deprecation as a defense mechanism, and it became a defining part of my personality. Until something changed.

In college, I noticed a friend of mine constantly putting herself down. Like me, she complained about her weight during shopping trips, and often called herself stupid when she made a mistake or misunderstood something in conversation. After a while, her negative attitude began to make for unpleasant company. I loved her, but it was exhausting to be around her. It seemed nothing I could say could make her feel better or stop being so hard on herself. Spending time with her began to make me sad, and her words started to put a strain on our friendship.

During this challenging time with my friend, I heard a sermon about how God views his children. The speaker quoted Scriptures like Psalm 139:14, which says that we are “…fearfully and wonderfully made.” Then, it clicked: God would never bully me, and he doesn’t like when other people do it, so why would I bully myself?

At that moment, I asked myself: Do I sound like my friend? Do I use self-deprecating humor as a defense mechanism? Am I my own bully now? Almost immediately following that sermon, I decided to start speaking words of kindness to myself.

Now, the moment I begin to speak a negative or sarcastic comment about myself, I stop and apply the old saying: “If you can’t say anything nice, don’t say anything at all.” The silence that existed where I used to have something to say made some conversations a little awkward at first. Eventually, I started looking for pearls of positivity in every situation. Instead of joking about my weight, I simply say, “Wow, that is a really pretty dress, but I feel like this one fits my style a bit better.” Refocusing my thoughts and words on positivity was one of the absolute best decisions I have ever made.

When I chose to get rid of negative self-talk, I began seeing a lot of positive changes. I began to develop more confidence as well as more compassion for my friends who haven’t yet learned to stop being their own bully. I’ve even made new friends, since, as the saying goes, “Your vibe attracts your tribe.” When I started talking to myself like someone I really care for, I began to see really positive changes. I’m less anxious and much healthier mentally and physically. I’m committed to building myself up based on God’s love for me, meditating on uplifting Scripture and investing in positive relationships with family and friends, continually growing every day.