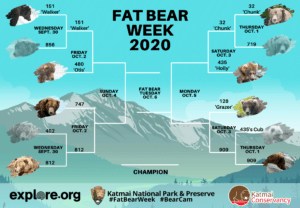 Fat Bear Week 2020: March Madness for Bears is Back

Fat Bear Week is back! If you aren’t familiar, this week is part Shark Week, part March Madness, and a whole lot of fur. Katmai National Park and Preserve in Alaska is currently getting ready to weigh in their brown bears who have been preparing for the highly competitive Fat Bear Week (eating for hibernation) all summer. The park’s brown bears have spent the summer gorging on 4,500-calorie salmon, and it’s starting to show: Some will weigh in at over 1,000 pounds! The park is holding its annual playoff-like competition for the fattest of the fat bears (you can vote online between Sept. 30 and Oct. 6). Before making your bracket, you can study up on previous years’ fattest fat bears and track each bear’s eating habits. Read more. 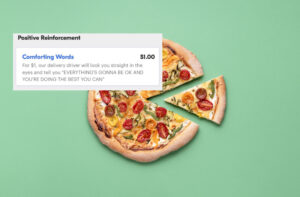 Vinnie’s Pizzeria in Brooklyn has added a new item on their menu! The catch? It’s not food. And while it might not be the same as cheese pizza, it definitely  puts the “comfort” in “comfort food.” For just one dollar, a Vinnie’s delivery person will offer kind, uplifting words when delivering you your order. The description reads: “For $1, our delivery driver will look you straight in the eyes and tell you ‘EVERYTHING’S GONNA BE OK AND YOU’RE DOING THE BEST YOU CAN.’” We’ll take two, please. Read more. 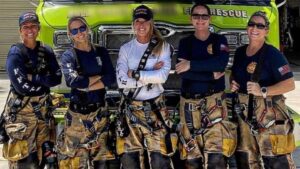 Women Got the (Fire) Power

For the first time in the 57 years at Palm Beach Gardens Fire Rescue, a group of five women are making history for being the first all-female fire crew! The picture of the firefighters, which has been shared across social media, was taken to promote their non-profit, Firefighters to the Rescue, and the shirts they are wearing in the picture were to honor one of their brother firefighters. Since female firefighters represent 4% of professional firefighters, they also wanted to send a message of empowerment for women in their field, saying, “Why can’t we be the same as men? We are expected of the same physical demands!” Read more. 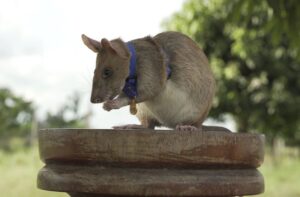 Recognition for Magawa, the Bomb-Sniffing Rodent

A giant African pouched rat named Magawa was awarded a gold medal by the People’s Dispensary for Sick Animals, a British charity that was started as a free veterinary clinic back in 1917, for his “lifesaving bravery and devotion.” The heroic rodent was trained by the Belgian organization known as APOPO, which works to clear land mines left behind after wars. Over the past seven years, Magawa has discovered 39 landmines and 28 other explosives over a range of land equivalent to 20 soccer fields. Giant African pouched rats like Magawa are especially well-equipped to perform this dangerous work due to their incredible intelligence, speed, and light weight that prevents them from triggering explosives beneath their feet. Read more. 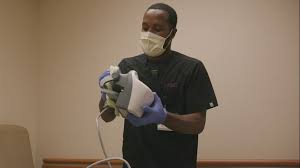 A Hospital Housekeeper with a Pep in His Step

Adrean Allen doesn’t just take his job seriously. He takes it joyfully, and it manages to rub off on the people around him. Adrean works as a housekeeper for UPMC Mercy Hospital, where he spends his whole day cleaning and caring. The housekeeper gleefully engages the hospital patients during his work, usually with a song, and his uplifting demeanor has brought great comfort to many a visitor. In difficult or uncertain times for patients and their families, Adrean has been a light amid the darkness. In his own words, Adrean’s goal every day in interacting with the people at the hospital is to “try to put a smile on their face.” Read more.