I Want to Be in the (Living) Room Where It Happens 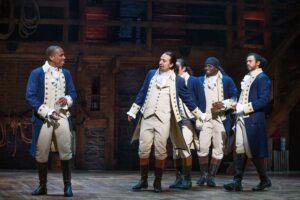 You may not be able to see “Hamilton” onstage anytime soon, but don’t stop listening to the soundtrack just yet! In less than two months, you will be able to stream the filmed version of the stage production starring the original Broadway cast! This comes as a surprise for Hamilton fans, because this release date is 15 months earlier than originally announced. Even if we may not be able to gather in large groups to celebrate Independence Day, at least we can watch this musical depiction of the American Revolution — and sing along to a few catchy songs while we’re at it. Check out “Hamilton” coming to Disney Plus on July 3! Read more.

Keep in Touch with Dad … Through the Doorbell

Get your tissues handy. This video is going to make you need them. Did you know that you can use a doorbell camera to keep in touch with your family? That’s what this one loving father did for his daughter when she was away at college. When chemistry major, Emily Brand, is away at college, she sometimes tunes into her family’s Ring doorbell in hopes of getting a glimpse at her family. When her father found out about this, he started leaving her messages every time he came and went from the house. Now the doorbell’s stream is a collection of messages to Emily from her father. Each clip is more adorable than the next. Read more.

Gordon Ramsay better watch out, because a new celebrity chef is hitting the scene. Chef Kobe is a 1-year-old culinary star who, with the help of his parents, releases popular cooking videos to his Instagram page. Chef Kobe’s videos consist of him “making” simple, accessible recipes like homemade pizza. He has a very “hands-on” approach (he tends to play with the food more than anything!). Kobe’s videos have gone viral and allowed him to gain more than one million followers on Instagram in just a few months, passing Michelin Star-winning chef Jose Andres’ 514,000 followers. The world is patiently awaiting Chef Kobe’s next culinary masterpiece. Read more.

We All Just Want to Break Free

While we continue to keep each other safe by staying apart, we can have still some good laughs along the way. In Spain, Freddie Mercury impersonator Carlos Díaz Ballesta put on a quarantined performance for his neighbors. Dressed in the iconic jeans, white undershirt, and mustache, Ballesta performed Queen’s “I Want to Break Free.” Ballesta’s entire performance even featured him dancing with a vacuum cleaner, just like Queen did in their music video for the song. We love this enthusiasm and can’t wait to see other creative ways that people entertain themselves and their communities! Read more.

Thanks to the Internet, It’s Everyone’s Dad to the Rescue! 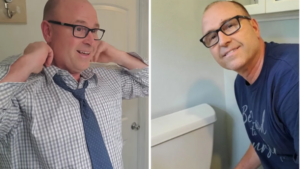 Rob Kenney, father of two, knows what it is like to grow up without a father. That’s why he started a YouTube channel to cover all the things a dad traditionally teaches. On the channel titled “Dad, How Do I?”, there are videos that can teach you how to tie a tie, shave your face, or change a tire. While the channel was only started a month ago, it already has 1.6 million subscribers. One of Rob’s subscribers put it best: “You are the Mr. Rogers for adults that we didn’t even know we needed. Thank you!” Read more.