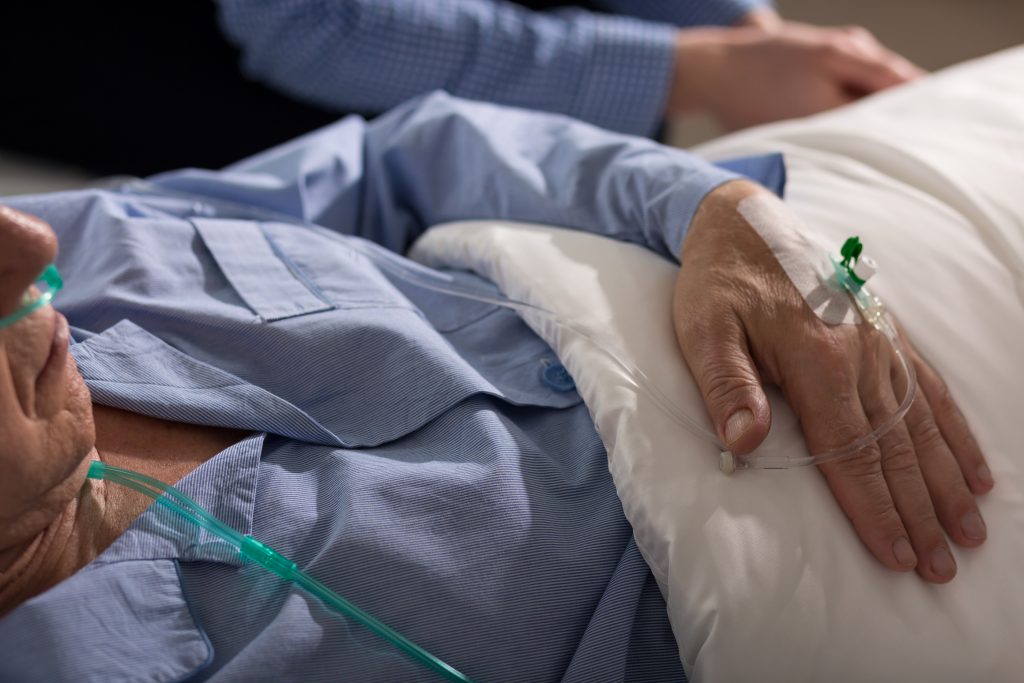 Today, for the first time, I saw a patient die. He was an 80-year-old man, brought in for a code. It was too early to tell the reason; he had just been found at home after being unconscious for an unknown amount of time.  I saw them use the  LUCAS™ device for CPR, automatically compressing his chest over and over; I saw them bag him, manually pumping air into and out of his body; I saw them intubate him, placing a tube inside his throat to help him breathe.

I’m a first-year Physician Assistant student. I’ve spent years in hospitals volunteering and shadowing doctors and PAs. I’ve seen surgeries. I’ve seen patients with terminal diagnoses. I’ve gotten more personal with cadavers than I would like to admit. I’ve done my Friday morning rotations in different hospitals, offices and clinics. But I’ve never seen someone die before. Not until today.

It was surreal and brutal. At first, I was standing at the foot of the bed and couldn’t see the patient’s face — but then I was brought to the other side. His pupils were fixed and dilated, one eye more open than the other. His arms were splayed stiff, wrists torqued out. These symptoms often mean that the patient has a damaged brain stem. But to me, they created an uncanny resemblance to a crucifix.

People were yelling, and the doctor in charge of the code yelled at the nurse to administer epinephrine to try to regulate the heart rhythm. The room was filled with doctors and nurses and PA students. I could barely find a place to stand in all of the activity, but they brought me behind the head of the stretcher, where I could actually see his face. I kept thinking how it had all the  spectacle of a medical drama — but it wasn’t anything like TV.

The providers and nurses were clearly compassionate people, and they explained to me that the reason behind their brusque demeanors was they needed to concentrate on saving the patient’s life. I understand this intellectually, and I know that with time and experience I will come to better understand the importance of this separation. But more than anything, during that code I wanted to reach out and hold his hand. I didn’t want him to leave this world by himself, but with some humanity to accompany him. I didn’t want his last goodbye to be a shout, but an embrace.

As I left the room, I touched his forehead and held his hand. I knew his mind was gone; the time of death had been called a few minutes prior. But maybe, on some level, his soul was still in there. I wanted to say goodbye to him and wish him well on his future travels.

I don’t know how well I’ll sleep tonight. I’m sure that with time, this sort of thing will become more routine to me and maybe not affect me so much. But I hope that when I practice someday, I can remember this man. I hope that when I see my patients, I see a human always. I hope that, whether I can save them medically or not, I can let them know that I see them as valuable and as someone deserving of compassion and love.