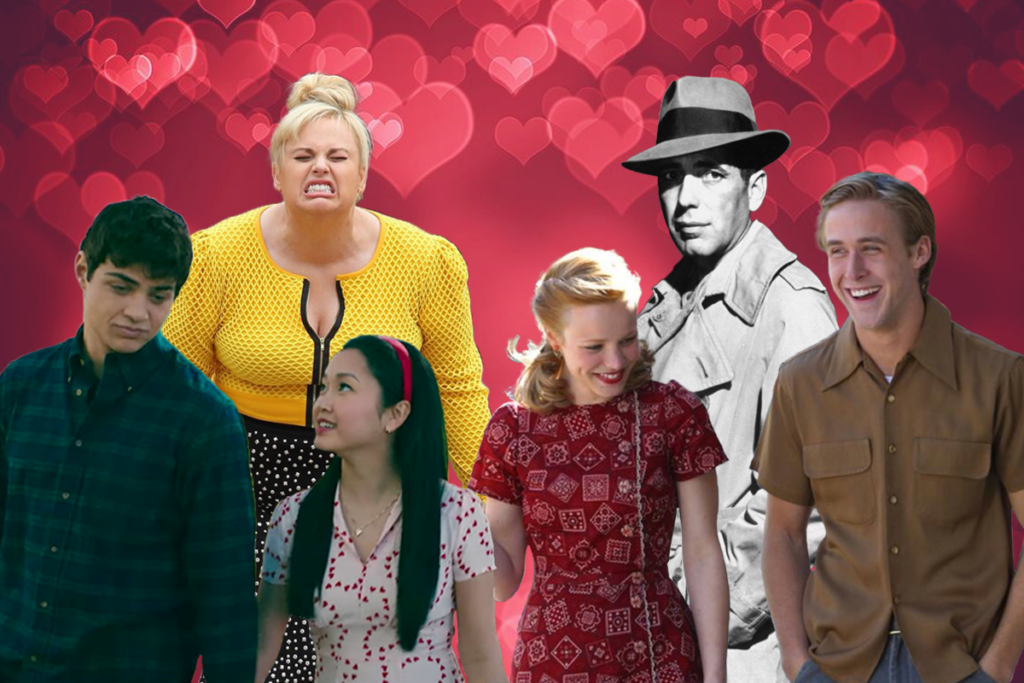 Nowadays, I’ll take any holiday where eating an entire box of chocolates in one sitting is socially acceptable, but I didn’t always appreciate Valentine’s Day, even while I was dating my now-husband. It felt like so much pressure! But the older I get, the more I see the holiday as a nice reminder for the two of us to take a break from winter and spend time together — my husband usually bakes homemade bread (yes, he’s a keeper!), and I’ll grab some of our favorite high-end cheeses from the grocery store for a romantic night in.

Whether you have romantic interest in your life or not, it’s a great time of year to treat yourself to whatever makes you happy. Buy yourself some flowers! Eat chocolate! Cry (or laugh!) while watching your favorite movie for the 16th time! Bottom line is: If Valentine’s Day is about spending time with those you love, don’t forget to count yourself (or, y’know, Hugh Grant) in that category. Here are the ones I love to watch around Valentine’s Day:

If you want a good love story: “The Notebook”

I’m not a crier, but I have watched this movie about a million times and I cry. every. time. Alternating between a present day nursing home and the 1940s, the story follows Allie and Noah, a couple desperately in love but separated by circumstances beyond their control. While a lot of romantic films have aged poorly (looking at you, “She’s All That”), “The Notebook” remains a timeless love story I revisit every year.

If you want to go back to high school: “To All the Boys I’ve Loved Before”

I know this came out fairly recently, but since I’ve already watched it about a thousand times, it deserves a spot on this list. When you’re in high school, it feels like every single moment is earth-shatteringly dramatic (was that just me?) and “To All The Boys I’ve Loved Before” has all the right elements of a great romantic comedy — the fake relationship, the big kiss, the ex-slash-nemesis, with a twist for a more modern era.

If you want that big fairytale ending: “Sleepless in Seattle”

I had to include this iconic rom-com on this list, and not just because the climactic will-they-or-won’t-they moment is set on Valentine’s Day in NYC. After the male protagonist’s wife passes away, his son calls in to a talk-show radio program to help him find someone new. An engaged reporter in Baltimore can’t get him out of her head…and the rest is history. Everyone has their ultimate rom-com, and this one is mine because it shows that with love, the impossible is always possible.

Valentine’s Day is a hate-it-or-love-it kind of holiday. I’m personally a sucker for all kinds of romantic comedies (see…this entire list) which is why I loved spotting all of the easter eggs in “Isn’t This Romantic,” a hilarious send-up of every trope in the rom-com book. In this movie, thirty-something Natalie wakes up in an alternate universe of a romantic comedy after getting mugged on the subway and has to find true love to escape. No matter how you feel about V-day, Rebel Wilson will make you laugh until your sides hurt.

Valentine’s Day pulls together a ridiculously large A-list cast and multiple plotlines that weave together to show us the power of love — in all its forms — to unite us. This movie may be a copycat version of “Love Actually” set in L.A. but if there’s ever a time to watch it, it’s on Valentine’s Day.

If you’d rather binge-watch a series: “Modern Love”

This isn’t a movie, but it’s a super bingeable series with top-notch actors (Anne Hathaway, Tina Fey, Dev Patel and more) transforming the New York Times’ Modern Love column into an anthology of episodes dedicated to love in all its forms. Plus, it’s all inspired by true stories!

If you want a classic: “Casablanca”

This was the movie that made me love classic films. Grab a cozy blanket and a ton of snacks for the award-winning “Casablanca,” one of the most romantic movies of all time. Humphrey Bogart and Ingrid Bergman’s electric on-screen chemistry and a twisty-turny plot as they all try to escape from the Nazis occupying the city will keep you wondering what happens next.