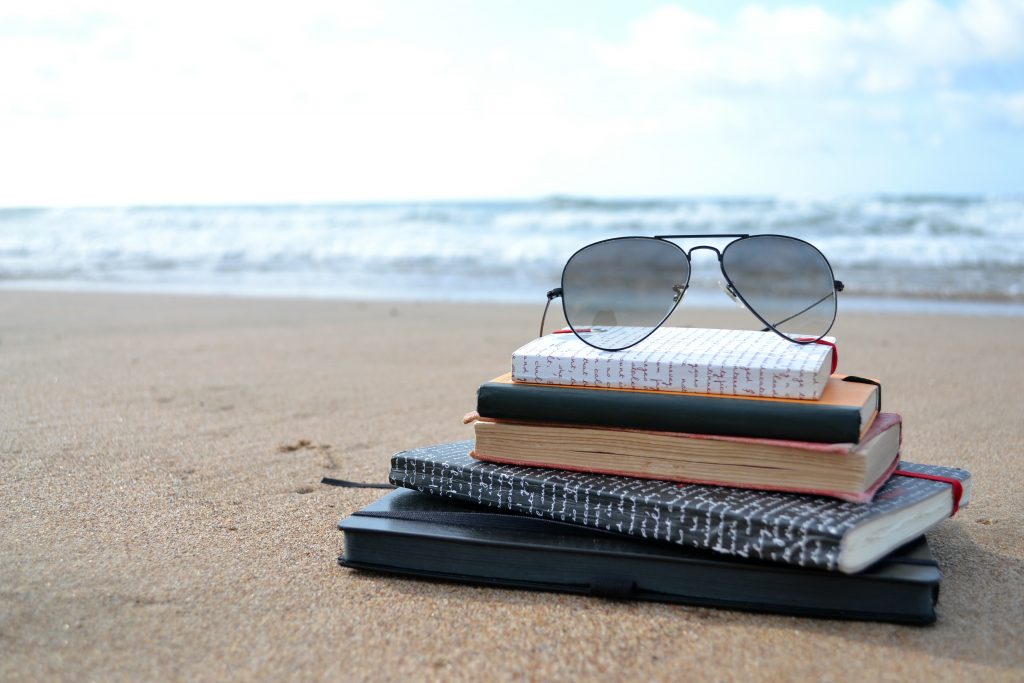 Summer is full of opportunities: to take a break, explore new places, see old friends. So whether your summer plans take you far and wide or just to your favorite spot in the park, take the opportunity to dive into a good book while you’re off making stories of your own. Here are a few suggestions to get you started:

A fun, addicting coming-of-age story, this novel follows a woman in her twenties as she moves to New York City and struggles to succeed in the cutthroat restaurant business and navigate new relationships. Besides enjoying an enticing read perfect for the beach, you may even see parts of yourself in the struggle to define — and chase after — your own path and ambitions.

This sweeping literary saga spans several generations, starting with two half-sisters in the slave trade of 18th century Ghana, moving into the American South during the Civil War, and carrying through to present day. It’s a must-read, not only for its rich, beautiful and emotional writing, but also its expertly presented evolution of the horrors, struggles and hopes of some of the most important historical, racial, social and political issues of our past and present.

“Before the Fall” by Noah Hawley

If you’re looking to tear through a novel in one sitting, this thriller will grab you from page one. This suspenseful tale of survival after a plane crash that leaves only two alive also spotlights the heroic and ugly ways people treat each other in the wake of tragedy. The stories of the survivors and deceased are revealed in tantalizing slices that keep the reader racing to the finish to piece together the fragmented details and hints of conspiracy surrounding the crash.

Summer is the season of weddings, whether it’s your own or seven of your closest friends’. Celebrate (and survive!) with this modern adaptation of Pride and Prejudice. Reimagining the classic with CrossFit and reality show drama offers a wryly funny and smart approach that both skewers and appreciates what we seek in relationships today.

While not a devotional text, this darkly humorous collection of fiction micro-stories explores how God is present — sometimes bizarrely so — in our everyday lives. By putting God alongside us in very human, uncanny, and ridiculous situations (like waiting in line at a pharmacy or driving in a demolition derby), the sometimes puzzling vignettes invite us to ask ourselves why we act and think the way we do (which is probably quite often baffling to God too!).

“Grunt: The Curious Science of Humans at War” by Mary Roach

Known for her gripping science writing, Mary Roach presents a sometimes funny, fully honest look at what it takes to keep soldiers alive during the extreme conditions of war. During the season when we celebrate our independence and laud our fallen heroes, Grunt will transport you to unfamiliar territory and help you appreciate the lengths our scientists and soldiers go to to serve our country and keep us safe.

Summer is also the season of blockbuster films and dazzling theater productions. So before you cool down in the theater, dip into these stories that are among the most-anticipated to hit the big screen (or stage!) this year:

“The Girl on the Train” by Paula Hawkins

“Hamilton: The Revolution” by Lin-Manuel Miranda and Jeremy McCarter