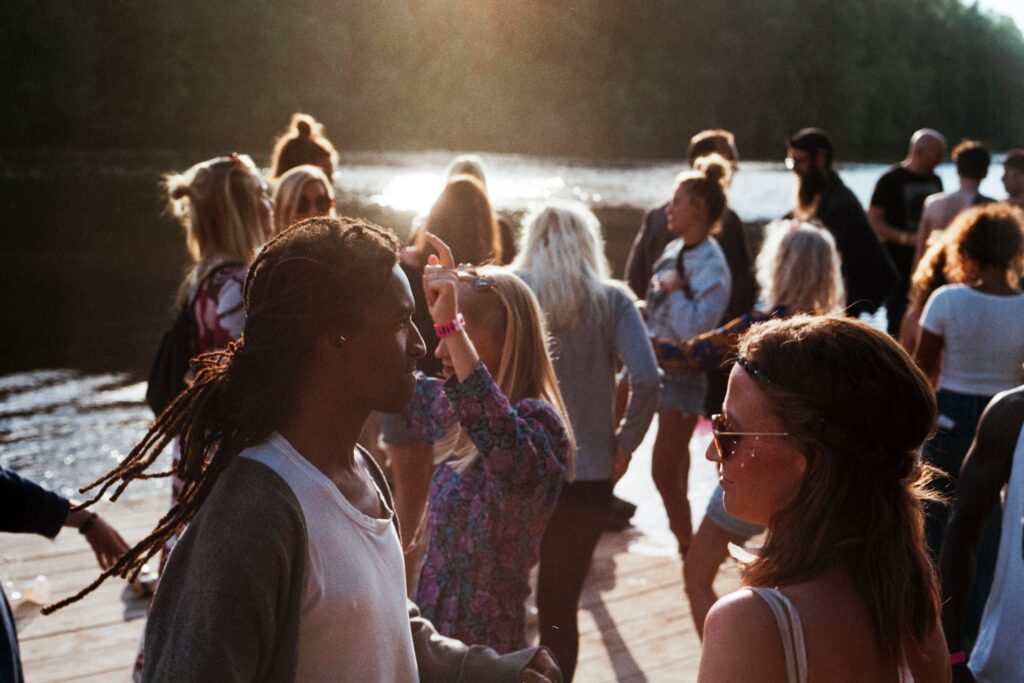 During college, I worked as a summer camp counselor at a Lutheran Camp in small-town Wisconsin. With a staff largely made up of those in their late teens and early 20s, camp was a prime place for summer romance among counselors. We would gossip about who was into who and flirt with our crushes during games of capture the flag and four square. There were lots of new people to meet, and because we lived in close quarters, we didn’t have to go out of our way to get to know one another better. Of course, this all changed when I stopped working at camp.

It seemed like almost overnight I graduated from college and found myself working in the offices of a nonprofit in a city. Most days, my desk job involved more interaction with the stapler and photocopier than with real live human beings. Of course, it wasn’t just the fact that I wasn’t working at camp anymore that stifled my dating life. I was getting older and that meant new challenges. It meant that the dating pool was shrinking because well, people had already met someone at school or camp, and it can be more challenging to meet people post-college. No more college bar, college music festival, classroom full of cute nerds.

Obviously, there’s Tinder, Coffee Meets Bagel, Hinge, etc., but what if dating apps aren’t really your thing? I tried Tinder for five days once. I went on a couple of OK dates, but in the end, I mostly found it an exhausting and disappointing endeavor. All of that swiping and then meeting people who I turned out to have little connection with in-person. And then I started to think, what if I could just meet a real live person, well, in-person?

The real secret, I think, is seeking out public spaces that are meant to be interactive. Summer, with its outdoor festivals and lazy public beach days (intramural volleyball anyone?)  is an especially good time for this. Or consider the community bicycle co-op, the church barbecue, the summer-themed library book club, summertime dancing groups (contra-dancing anyone?), or even real, live speed dating (which actually seems to be a thing again!).

Full-disclosure: I once met a cute guy when I went contra-dancing. I know it sounds so old-fashioned to meet someone at a pretty corny country dance, but there’s a reason that these kind of events used to be a pretty standard way to meet people. If you’re already dancing with someone, it’s easy to strike up a conversation, even expected, and get to know someone a little bit. Which is way more conducive to dating than say, staring at a cute guy across a coffee shop.

Cute guy and I didn’t end up together, but the point is this: Spaces that actually encourage you to strike up a conversation and get to know one another are a game-changer. If you’re at an outdoor concert where you’re obviously into the same band as the (cute and hopefully single?) person next to you, it’s not that much of a stretch to strike up a conversation about how awesome the performance is. If you’re at a book club, the whole point is to talk to one another about a book you’ve both already read. Or consider volunteering with an organization that you really love. This is a great way to give back to your community as well as increase your chances of meeting a certain someone who is just as passionate about the same things you are. I used to volunteer with Easter Seals and the Boys and Girls Club, and it turned out to be a great opportunity to meet like-minded people who care about youth development and helping others.

Once you strike up a conversation with that cute, single stranger, consider taking that extra little step. Give them your number or, even better, ask if they’d like to go do something else related to that event. Is there a movie coming out that’s about the same topic as the book you read for book club? When is that great band’s next concert happening? Do you know about a cool volunteer opportunity at another organization? Suggesting an event that they’re likely to be interested in can help take the pressure off and help you bond over the things that you both mutually love. As an intramural soccer player, I found that inviting a bunch of people to watch a soccer game together was a pretty low-key way to hang out with a crush.

Meeting someone to date can be tricky post-college. But it can also present a pretty cool challenge and turn out to be an enjoyable process. After all, there are plenty of ways to meet new people and break the ice while living your everyday life. And hey, even if you don’t end up meeting someone to date, you’ll still have a ton of fun and most likely make some awesome new friends along the way!