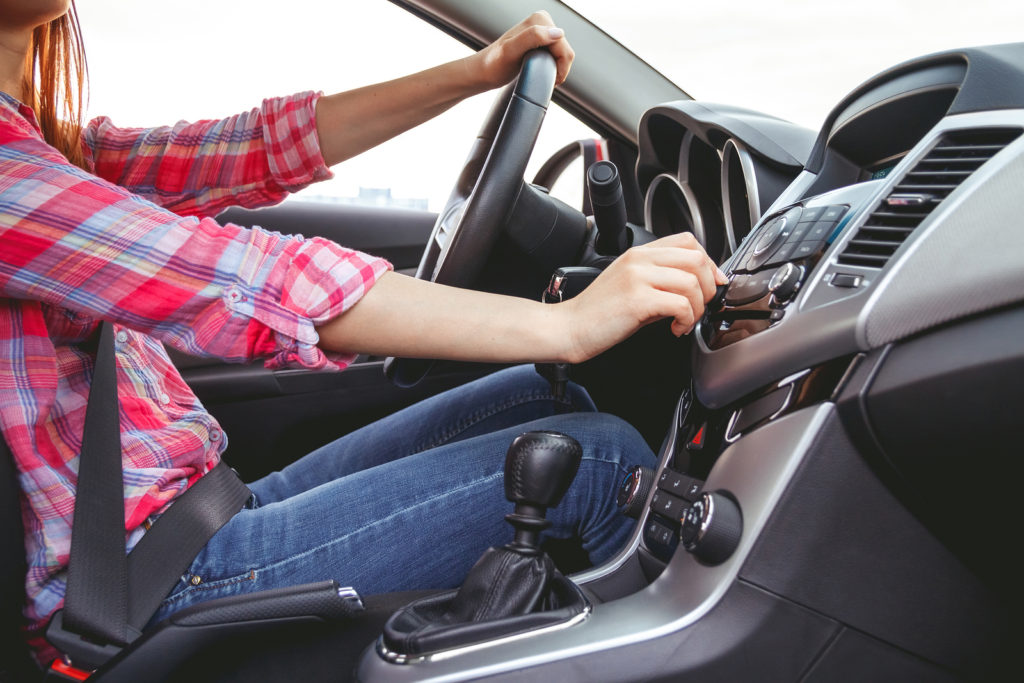 For years, my days started with an alarm at 7 a.m. and an insulin shot. I tuned into the radio as I got ready and drove to school, where I spent my free time talking with friends and monitoring my blood sugar levels. When I got home, I’d watch television or listen to music while I did homework. My life was full of noise, and without even knowing, I used that noise as a barrier to separate myself from my friends and family. And while I tuned out the people I should have been cherishing, I turned up the other noises. I was always connected to a device. I even played white noise and rain machines when I was going to sleep. I tried to drown out the fears and anxieties that went along with growing up with diabetes, but I didn’t realize how lonely I was making myself.

When I was diagnosed with type-1 diabetes at 11, I had no idea what diabetes was, let alone how it was going to change my life. My family was there for me, learning everything by my side. We counted carbohydrates and went for bike rides in the park. My friends visited me, asked questions, and helped me get used to life by a different set of rules.

Fast forward a few years, and I still had wonderful friends and a loving family, but I started feeling alone. It was a slow process, so slow I didn’t realize it was happening. It began with a simple question for my parents about how many carbs in a snack or how to fix a high blood sugar level, only to be told once again that they didn’t have the answer, so I should look it up myself. It was never cruel, never meant to hurt, never because they didn’t want to help — it was honestly because they didn’t know. But after hearing the same answer so many times, I stopped asking. Instead, I tuned into television, music, podcasts, and radio shows. When I had to give myself shots and felt scared, I blasted the music. When I was disappointed in myself about a bad trend of blood sugar levels, I’d watch an episode of some mindless show to forget for awhile.

RELATED: A Journey with Meditation

From there, I began to retreat into myself. Solving my own diabetes problems led to solving all of my problems without asking for help. I thought it was just a growing streak of independence, but it was also a growing sense of loneliness. First, I stopped relying on others, and then I slowly stopped connecting with others.

I knew something was wrong, but I didn’t know how to fix it. One morning on my way to school, I didn’t turn on my usual radio station. Actually, before I pulled out of my driveway, I tried maybe a dozen different stations. I didn’t like anything I was hearing. I didn’t want to hear anything. There was so much going on in my head, I finally gave up on trying to drown it out. I turned the radio off and sat in silence for the entire drive. I thought about how I was feeling, what I had been doing wrong, and how to fix it. I didn’t find an answer that first day, but I did find a little peace.

It was hard, at first, finding quiet time. I had a routine in place; an instinct to turn on the radio when I got in the car and to turn on the television when I sat down to do my homework. But after a few more mornings, I felt that same fatigue — an inability to push away the emotions swirling around my mind. The silence became more comfortable.

RELATED: Finding Mindfulness on My Commute

All it took was 30 minutes a couple of times a week, and I learned to be open with myself again. It was easiest to find the silence on my morning commute. I always drove alone, so I was never tempted into a conversation. It became almost fun, rolling the window down and letting my hair whip around and my mind loosen and flex without any distractions. After that, I was able to be more open with the people around me. I arrived at school relaxed and smiling. Because I didn’t spend my mornings stressed or tense, I could invest in new projects, clubs, and conversations. I joined the school’s mock trial team, and the next year we competed at states, the best performance of a team in our school’s history. I was happy.

It’s not easy to keep up a routine that incorporates silence. I like to stay up-to-date on the latest music, news, television, and gossip. I’m in college now, so I don’t have my daily drive anymore. I have new friends, new interests, and new social and academic challenges to overcome. And without my routine, I almost fell back into my old habits.

Instead, I started meditating before I went to sleep. I can’t dedicate the same time to silence that I used to, but meditating and taking walks in parks and around the city help me to center myself and process my emotions. The silence helps me sleep, and I wake up refreshed and eager to connect with my new friends and roommates. These experiences show me that taking time for myself to clear my head and my heart makes me a better companion, sister, daughter, and friend. I can approach obstacles with a level head, and be open to asking for help. The silence helped me reconnect with the people I love, and more importantly, I was able to reconnect with myself.