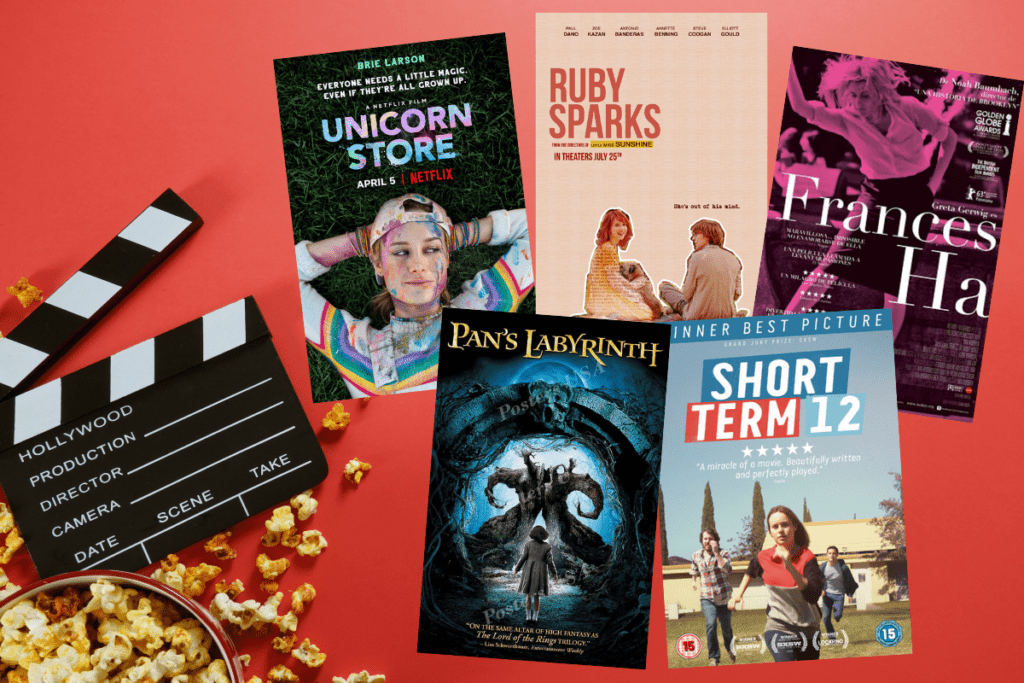 Fresh out of college, I felt lost. So many gates opened, and I didn’t know which one to enter. Who was I meant to be? This question haunted me ever since I was 16 years old, and I thought that after I entered my 20s, it would all magically make sense. But it didn’t. So, I had to do some soul-searching about who I really was. On my way to figure it all out, I received surprising comfort and encouragement from movies, and a number of films helped me on my path to self-discovery.

So, if you’re like me, and are on a journey to better understand your identity, watch these, with a bunch of tissues and a journal beside you.

The story revolves around Grace, a young counselor at a California care unit for at-risk teens. She is quiet, calm, and composed — but her path leads her to some unruly residents at the care unit who remind her of her unresolved past, one that she tries to deal with as the movie progresses.

I watched this on a rainy day, curled up in my blanket. And without knowing it, I was in Grace’s shoes. Memories cascaded like a landfall. I traveled back to my high school days, when people around me didn’t treat me right. Words like like “worthless,” “dumb,” and “fake” were thrown my way. The worst thing was that I believed them. Like the protagonist, it took me years to confront painful memories in my life, and the journey was hard, but I ultimately learned to own the pain, and not let the pain own me.

The rawness and authenticity of the film is reflected in the scene where Grace and her husband talk to each other and she asks:

And he says “It’s because you are the weirdest, most beautiful person that I’ve met in my whole entire life”

It taught me that no matter how broken you are, there’s always room for love. And that hope arrives in the most unexpected shapes and sizes.

Directed by Greta Gerwig, “Frances Ha” is a black and white treat to the eyes. It centers around the life of a lonesome girl in bustling New York City, where isolation dominates despite the crowds. The protagonist juggles between the life she has and the life that she wishes for.

The part that left an imprint in my heart is the scene in which a half-drunk Frances describes her idea of love, in the middle of the living room, sitting amidst the “it” crowd. I still go over the scene whenever I’m in a state of longing. It makes me feel okay with the fact that I expected and needed more from life.

Who said surrealism can’t reflect the truth? Wrapped in a layer of magic, Ruby Sparks delivers the tale of a young writer who one day wakes up to realize that the character from his book is under his control. Whatever he writes comes true in real life.

I could  relate to Calvin’s desperation for love, as I used to think that without a romantic partner, my life would be incomplete. I tried too hard and allowed my loneliness to drive me into the arms of somebody I didn’t even love.

This film also helped me understand that along with embracing ourselves and taming our demons, we should also embrace others just as they are. And you cannot push yourself to love someone, and expect the same from them.

“Pan’s Labyrinth,” directed by Academy Award-winner Guillermo Del Toro, follows the life of a little girl named Ofelia caught amidst the political chaos in Spain, in 1944. One night, a fairy appears before her and tells her that she is a princess and needs to complete three tasks to prove her royalty.

Society forces us to think in a certain way, to act a certain way, feel a certain way. What’s wrong with little Ofelia imagining a different version of herself if it brings her hope and comfort? Until she takes her last breath, Ofelia doesn’t let go of her fantasy, or was it a fantasy? The magical world she discovered wasn’t real to the people around her, but for her it was very real. And that’s okay.

Our dreams make us who we are and in the Kit’s life, that’s very true. Ever since she was a child, she found solace in everything unicorn-related. A failed artist, she never grew beyond her love for the mythical, magical, one-horned creature.

Even though everyone perceived Kit as childish and ridiculous, Kit didn’t allow her dream of owning a unicorn slip away. One of my favorite scenes is when she gives a presentation to advertise a “Mystical” vacuum cleaner and unapologetically goes wild with her imagination. Colors, glitter, rainbows, butterflies — you name it, it was there.

When I first watched “Unicorn Store” back in 2018, I was still in college. I found it hard to gel with the people in my class; I felt like an outcast and rarely understood. I didn’t care about menial things, gossip, or drama – and always looked at the bigger picture. Like Kit, I stood out, but not always in a positive way. But, even if she tried, Kit couldn’t change her core. This film taught me that no matter how much we try to run away from who we are, it follows us.

The lessons in these movies taught me that we have the right to dream of a Wonderland for the “Alice” inside all of us. And yes, it can be weird.