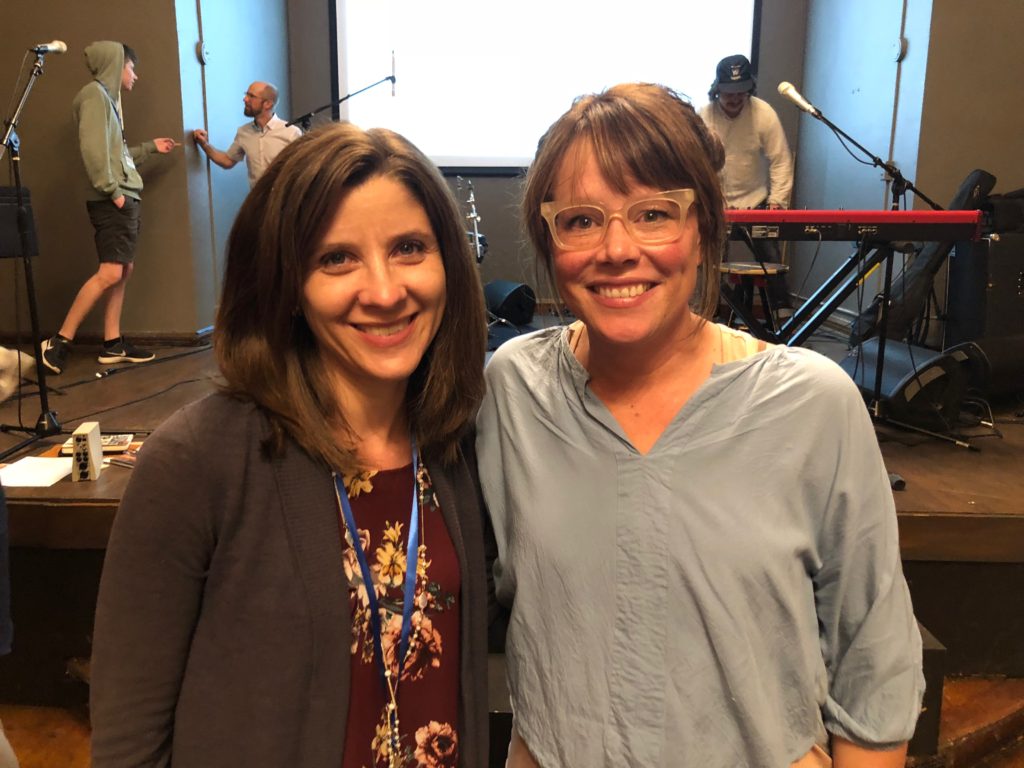 For the last 15 years, I’ve listened to the Christian singer Sara Groves‘ albums on a weekly—if not daily—basis. Though I enjoy a good Jesus-power-ballad, I’ve always been drawn to Sara’s songs precisely because they don’t fit the radio-ready Christian music mold. Rather, in a niche all her own, she writes and sings songs about issues like loneliness, social justice, and even artificial intelligence from the perspective of her faith. Her thoughtful lyrics and beautiful melodies consistently make me think deeply, bring me comfort in times of sadness, and draw me closer to God. I’ve never been much of a “fangirl,” but when anyone asks me my favorite singer, I always know my answer.

So, when I discovered that, as part of a crowdfunding campaign, Sara was offering her fans the chance to spend a day with her in her hometown in Minnesota, it was a tantalizing opportunity. Since Sara rarely tours in my area of the country, I’d never been able to see her live. This event included a tour of St. Paul, a mini-recording session with her (a dream for this amateur singer), and a private concert at Art House North (an old church Sara and her husband have repurposed into a community arts space). Despite the high cost, I decided to bite the bullet. My husband and I snagged the event tickets and booked a flight.

As the weekend drew near, I had no idea what to expect. Would Sara be distant and unapproachable? Would I make a fool of myself fawning over her? Would I even get the chance to talk to her at all? But any fears I might have had proved unfounded. The moment Sara arrived at Art House North, I could tell she was a person without pretense. Dressed in loose-fitting cotton outfit and boots that looked suspiciously like slippers, she mingled casually with the 25 or so fans in attendance. 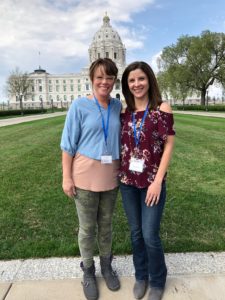 As she approached to greet me, for a moment, a weight of intense emotion hung over me, and I felt almost frozen. But then she shook my hand, smiled brightly, and said, “You’re the one who tweeted me this morning!” (It’s true. I had taken to Twitter to express my excitement.)

Over the course of the day, as we hopped on and off a big blue tour bus, Sara’s casual demeanor and goofy sense of humor made me feel like a member of her family. When downtime allowed for conversation with her, I found I was able to be my authentic (not embarrassing) self. I asked her how she finds her place as such a unique artist in an industry rife with very specific expectations (and often, clichés). My husband, a fellow musician, chatted with her and her husband about the business aspects of the music industry, and even gave some suggestions they said they’d definitely take. I found myself wishing we lived closer to each other so we could all hang out.

Finally, the day culminated with the promised private concert. Accompanied by a small band, Sara performed songs from her repertoire of 13 albums. Some I’ve jammed to on my treadmill, some I’ve cried to in my bedroom closet, and some have made me wonder how someone else could express exactly the sentiments of my own thoughts. Though Sara’s voice rang clear and beautiful, what struck me most was her transparency, as she laughed off mistakes and lapses of memory. The lonely napkin I happened to have in my purse was no match for the tears streaming down my face as it hit me how incredibly blessed I was to finally hear these songs in person.

Now that several weeks have passed since my experience in St. Paul, I realize that the time spent with my musical hero changed me in some surprising ways. It led me to consider who I could inspire as Sara has inspired me. Though I may not have thousands of listeners or an impressive Twitter following, I always have the power to influence others for good. Even if it’s just to my children or a friend, could I speak more words of hope and encouragement? Could I be a trusted source for counsel? Could I create a little corner of beauty in this world?

Recalling Sara’s easy, self-deprecating approach to performance has also helped me deal with my own profound stage fright. As a volunteer at my church, I often lead music at Mass, but struggle every time with intense fear of failure. If an award-winning recording artist doesn’t sweat it when she misses a note or can’t remember a chord, maybe I don’t need to hold myself to such impossible standards, either. Now, when my knees are knocking as I’m about to deliver a solo, I picture Sara on the stage at Art House North, peace and assurance radiating from her. The image reminds me that even if I mess up, God (and the people at my church) will love me anyway.

Making the sacrifice of significant money and time to meet my hero in person showed me that, sometimes, actions that seem a little crazy can be just what we need to live without regrets. I feel certain that had I not gone to St. Paul, that decision would have haunted me—and, having gone, I see all I would have missed. Plus, supporting my favorite artist in such a major way financially made me realize that when it comes to the things I say I love, I want to put my money where my mouth is. In an age where music is constantly devalued by easy access on the internet, it feels like taking a stand to become a “patron of the arts” in the old-fashioned sense.

So, though it may not be possible to hang out with Sara ever again, I’m thankful to have gotten just one day with a mentor in music and faith. She’ll always be my celebrity hero, but now I feel I can say she’s also, in some small way, a friend.