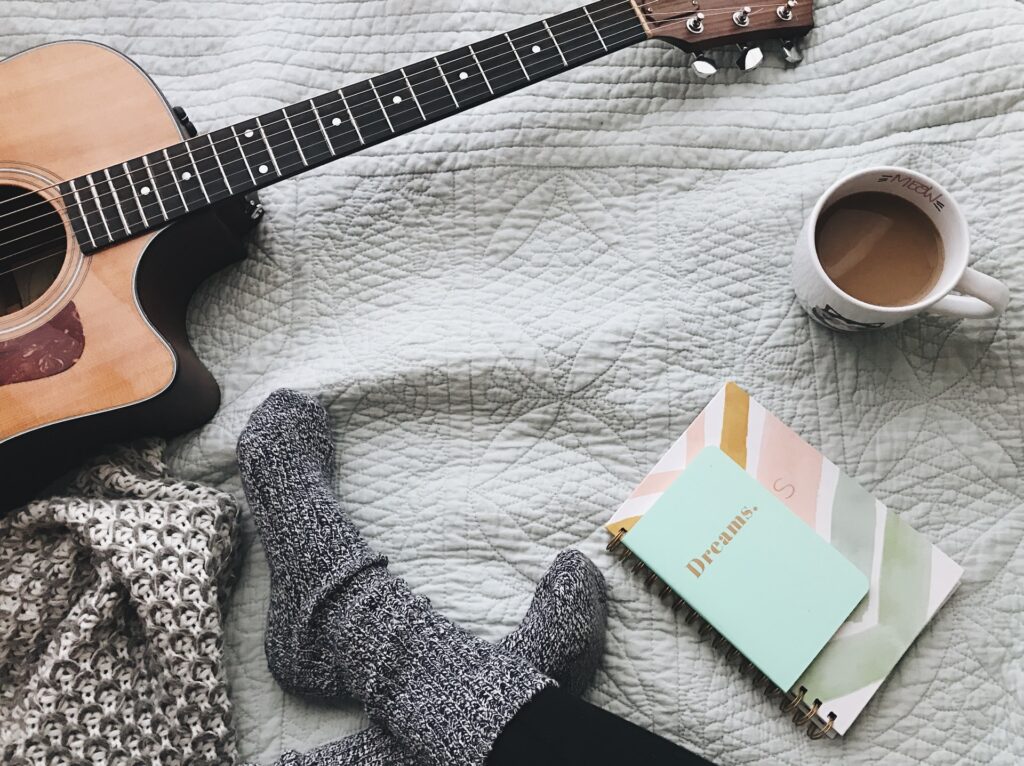 This year, like most people around the world, I’ve spent more time at home than ever before. When I spend so much time in the same space, doing the same tasks over and over again, the days can start to blur together. One of my saving graces has been maintaining a spiritual practice.

I attended Catholic school until I was 18 years old — so faith had always been linked to regular Masses and reciting rosaries, when all I really wanted to do was chat with my friends. When I went away to college, it felt like I was “free” from these forced spiritual practices, so I quickly abandoned them.

RELATED: 5 Books to Guide You Through Lent

But about five years ago, after feeling as though part of my life had gone missing, I started exploring my own spirituality again. I tried doing an “at-home” spiritual retreat. I couldn’t afford to pay thousands of dollars to fly somewhere exotic and be in a group retreat setting, so I decided to create my own. Since then, I reserve one day every two to three months to have a “retreat” — and it’s been really, really restorative. Especially this year.

Here’s what a typical day for an at-home spiritual retreat looks like:

Instead of rushing through my normal morning routine, I take my time, because this day is all about slowing down. Usually, I will have an easy breakfast prepared, something I really enjoy that doesn’t involve a lot of cooking, maybe my favorite bagel I picked up the day before. Then, I let myself read in bed or put on a show, whatever feels relaxing and soothing.

Whenever I feel up for it, I spend some time reflecting on the past few months. I write about my accomplishments, the challenges I faced, what made me happy, and what upset me. It’s usually really eye-opening to see it all down on paper. What struck me the most the first time I did this was how much I’d accomplished yet never gave myself credit for. I always felt like I could never do “enough”— and when I took stock of everything going on in my life, I realized what I really needed was a break!

RELATED: How to Keep a Spiritual Journal (With Writing Prompts to Get You Started!)

This reflection process helps me understand what lessons I learned, what I might need to let go of, and what I want to focus on next. Sometimes I burn the paper with the reflections because it feels nice to clear them out. It feels like a ritual of letting things go, both the good and the bad.

After I’ve had time to reflect on the past few months, I focus on what I want to bring into my life next. I reflect on what goals I want to focus on. To do so, I make a list of intentions, like “I want to find a new home I love” or “I want to find more clients who align with my values.” Seeing what I want down on paper helps me to break those things into actionable tasks, post-retreat.

I started practicing meditation around the same time I started the at-home retreat practice — and it’s something that really centers and calms me. Depending on how I feel, I’ll usually light a candle and either meditate on my own or listen to a guided meditation, like this one.

Praying for those who have died

When prayer was something I was made to do growing up, it felt rote and monotonous. It wasn’t until I was older that I realized praying could be a way to hand over whatever was troubling me to God, or a way to say thank you for all the blessings in my life. Prayer became a part of my spiritual practice, even though I’d shied away from it earlier in life.

After I meditate, I take some time to think about the people in my life who have died. I also say prayers for people who are suffering and for the people I love. To me, prayer is deeply personal so I mostly roll with it on the spot, but I will sometimes turn to the Rosary, which is something I never thought I’d do, until this book shifted my perspective on it.

I put my phone on Do Not Disturb, tuck it in a drawer, and take a break from the constant notifications and pings — and I allow myself to do whatever feels most restful in the moment. Sometimes that means reading a book in bed, or taking a nap. Other times, it’s watching a show I’ve been meaning to catch up on. I love this Instagram account, The Nap Ministry, which shares great information on the power of rest.

Making time for an at-home retreat can sometimes be the most productive thing I do. When I tuck away all my connections to the outside world and create a space to rest, to pray, and practice self-care, it leaves me with new insights and a refreshed sense of energy when I do return back to my regular schedule the next day. It’s a deeply personal practice and I hope these suggestions will inspire you to create your own at-home retreat experience.