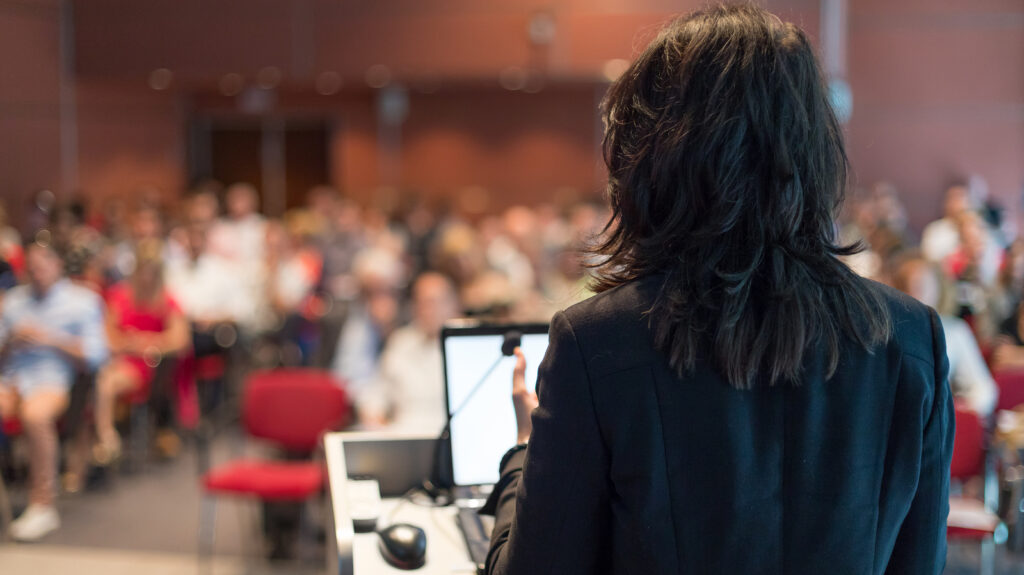 I have always loved the worlds that reading and writing have opened up for me. As early as 13, my love for learning took me to exciting and faraway places like Japan for a three-week stay with a host family. So, it came as no surprise that my college professors encouraged me to go to graduate school. I figured it was worthwhile, too, because if I didn’t enter a graduate program right after college, I would have to start working. And if I started working, I’d grow accustomed to having a regular paycheck, become financially comfortable, and never go back to school. I secretly wanted to join the Peace Corps, but I told myself that I was an adult now, and adults had five-year plans and made “responsible” decisions.

So, with the support of my advisors and then-boyfriend, I entered a competitive Ph.D. program in African history, fully funded. I convinced myself that I would become a professor. I would have an office and a house full of books. I would stand in front of dozens of students each school year and teach them about the exciting world that I had come to know through learning. Somehow, I would love it.

But there was one tiny problem: I failed the qualifying exam that I needed to pass in order to advance to fieldwork. This meant that I couldn’t spend the next nine-12 months conducting archival research and recording oral histories in West Africa, which meant I wouldn’t have anything to write a dissertation about, which meant I couldn’t get hired as a professor. It didn’t matter that I passed all the necessary exams leading up to this point. This one was a major requirement for the future of my career.

The day I failed my exam, I was filled with terror. I read and reread my advisor’s email with the results, hoping that maybe, just maybe, I didn’t really fail. My chest tightened, my palms sweat. But despite my silent prayers, the email always conveyed the same result: I failed. I utterly and wholeheartedly failed. Despite the months I spent reading more than 100 books and articles, the practice essays I had written and rewritten, the study sessions I attended with people in my program that I actually trusted (a rarity). I. Did. Not. Pass. But, according to my advisor, I could take the exam again in the next couple of months.

Except, I had no interest in retaking the exam. After my shock and embarrassment subsided, after I conjured all sorts of conspiracy theories of being set up to fail, after I stopped listening to fellow grad students and my then-fiance tell me what I should do, I sat with myself. I asked myself the hard questions, the ones I’d been ignoring for three whole years: Did I really even want my Ph.D.? Did my graduate program give my life any real meaning? Or was I pursuing a career because I thought I was supposed to?

The truth was right there screaming at me: I hated my Ph.D. program. I dreaded going to class to talk about ancient African beads, agrarian changes of the 15th century, or the evolution of Bantu languages with professors that I couldn’t relate to, no matter how hard I tried. The thought of becoming a professor in a “publish or perish” field made me sick to my stomach, and it was not a life I wanted.

What had at first seemed like an indelible mark of failure on me, now seemed irrelevant. I felt lighter, relieved after failing my fieldwork exam. I felt like screaming from the windows to anyone within earshot: “I hate grad school! I’m not doing it anymore!” I was actually elated.

Failing my exam was one of the best things that happened to me. Failing forced me to take a step back and hone in on what truly excited me professionally and personally: helping minority students succeed in college and helping colleges include them in more intentional ways.

After I failed my exam, I applied to more than 70 jobs that summer. And about five applications in, I realized that the only higher-ed positions I found myself excited about were in departments of multicultural affairs, or what’s now more commonly called “diversity and inclusion.” I’ve since landed positions that have taken me to different regions of the country where I’ve taught, advised, and mentored hundreds of underrepresented college students (students of color, first-generation college students, low-income students, and LGBTQ+ students). My career has allowed me to help students learn about themselves and the world, just like I once did.

I’ve never regretted my decision to leave my Ph.D. program after I failed my exam. Failing opened up professional doors that I never imagined for myself, but that align with my personal values. More importantly, failing taught me how to create and live up to my own expectations.