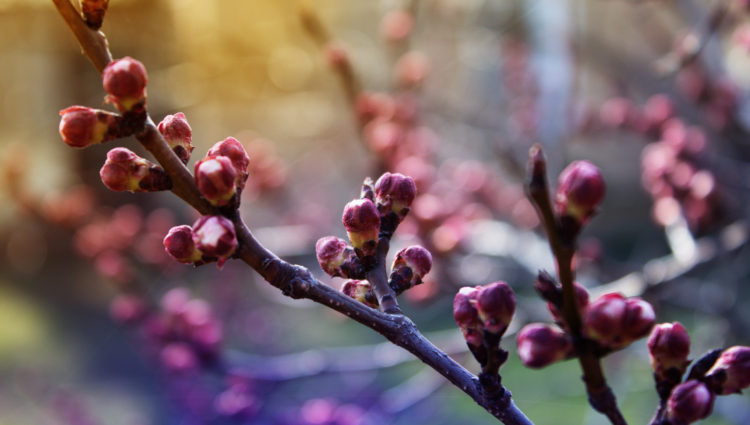 When my lease ended in November, I wasn’t quite sure where I would go next. I had recently left my job working for a nonprofit, my sublet was coming to an end, and life was about as up in the air as it could get. I found myself in the quintessential state of many a transitory 20-something: sleeping on a friend’s futon with my bedding, kitchen supplies, and clothing spread out across the city (this friend could fit this box behind their couch, another could squeeze my laundry hamper into their closet).

I was blessed by and grateful for friends who showed me hospitality and care, but at the end of each day, after trying to corral my scattered clothes back into their suitcase, I would curl up on my friends’ futon feeling irresponsible and lost. I had been applying for jobs, but so far nothing had turned up. Without a job, I couldn’t get another apartment. The way forward seemed unclear, the path blocked by the debris of uncertainty, self-doubt, and tough luck. I prayed for clarity and direction, for answers, for some sense of a plan, a small foothold or sign.

RELATED: Making a Big Move? How to Feel at Home in Your New Town

It was on a day that I felt especially dispirited that I made my way up to the greenhouses I often like to visit. In the first room, I found myself in a lush world of orchids and coffee and banana trees. The second room was full of cacti and succulents, a starker, but no less beautiful room. In the desert room, just as in the tropical room, the plants were well cared for and thriving. In the corner stood a tall pony tail palm, its thick, knotty trunk anchored by an intricate root system. What could it do but stand tall and wait for water?

I made my way outside into the community gardens. When I had visited in August, the plots had been vibrant: flowers blooming and vegetables ripening. By November, any leftover plants had turned brittle and gray, and un-harvested vegetables shriveled on the vine. It was a discomforting scene in many ways, but in that moment I was reminded of something important: A garden’s hope lies in the fact that winter gives way to spring. The garden had been green and it would be green again.

Now it’s April, and the grass is greening up once again. The crocuses are blooming, and gardeners are making plans for planting. In many ways it has been a difficult and uncertain winter, but also one in which, despite my anxieties that this would not the case, I was provided for. Family and friends have shown me love and support, I have found jobs when I have most needed them, as well as a place to call home, and I was recently accepted into graduate school for this fall. Spring has arrived, and with it, the celebration of rebirth and renewal that is Easter. Even as I celebrate, I reflect back and see that even in the uncertain and overwhelming season of winter, God continued to water, care for, and keep me in love.