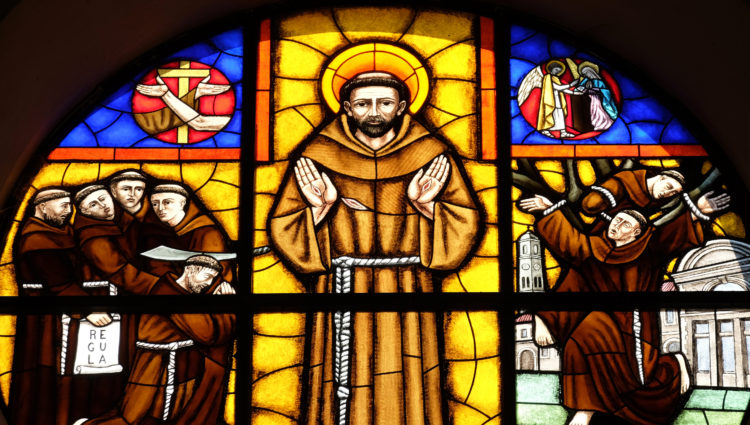 Over the past few years, I’ve received lots of help from dead people – and they’ve been dead for quite some time. Three sages from the 13th century have invaded my thoughts and encamped on the outskirts of my mind, only to pop up at the peskiest of times. In moments when selfishness blinds me, they remind me that life is best lived when it isn’t all mine.

The first sage to make his entrance was St. Francis of Assisi, by way of my parents. When I was young, the Prayer of St. Francis was a favorite of mine. In it, the friar asks for the strength to never seek “to be consoled as [much as] to console, to be understood as to understand, to be loved as to love.”

I re-discovered the prayer last year with my wife (then girlfriend). Somehow, the words made it into both of our wedding vows, but they’re the ones we forget most often. When we’re discussing (read: debating) politics, we often find that instead of trying to understand each other, we’re trying to “win” the conversation. St. Francis’ words serve as a difficult, and even frustrating, reminder that we’ll never get anywhere if we put our own perspectives first.

When I fail to be understanding, my own arrogance is often at fault. Sometimes, my automatic setting is to assume that I know what’s right. Like those conversations with my wife, there are days when I just don’t see past my own assumptions. The result, of course, is that I never move forward because I’m set in my ways. This tendency shows up in many different settings – navigation (“I know where we’re going”), cooking (“I’m sure this is how we made this last time”), and yes, political debates. On these days, St. Francis’ contemporary Dogen, a Zen monk, helps me shake my habits.

In one of his talks, Dogen counseled his followers, “To carry the self forward and illuminate myriad things is delusion. That myriad things come forth and illuminate the self is awakening.” (Just as cryptic as we’d expect from a dead guy.) What Dogen’s saying is that life is a complicated adventure, and that it’s best when I try to discover new views, instead of repeat old opinions. Rather than illuminate, I want to be illuminated. He and St. Francis may have had a thing or two in common.

RELATED: Go Tell It on the Mountain

And when I’m in need of more counsel from ancient sages, I turn to Rumi. A Sufi mystic, the poet is remembered for his ecstatic poetry in praise of God and existence. Yet his poetry isn’t all about happiness. In fact, his poem “The Guest House” is what comes to my mind most often when I’m frustrated, sad, or upset.

Throughout the poem, Rumi speaks of being human as being a guest house, one where every idea and feeling is a visitor. What should one do when guests come? Rumi counsels, “The dark thought, the shame, the malice, meet them at the door laughing and invite them in. Be grateful for whatever comes, because each has been sent as a guide from beyond.” Rumi helps me cultivate gratitude, even for things that seem to have no good in them. This allows me to get out of my head and into the world, where I can be of use to myself and others.

It can be strange getting advice from dead people, but I’ll take any help I can get.