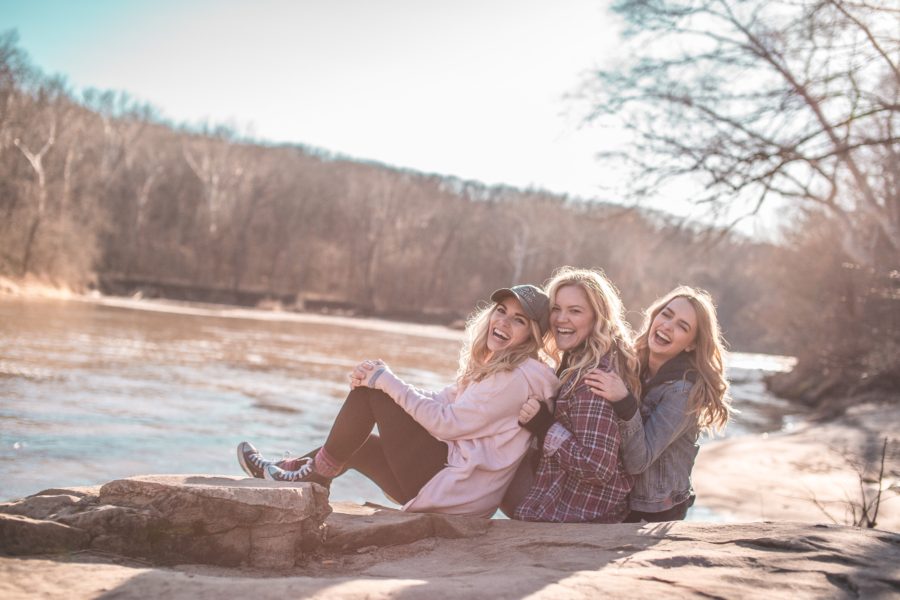 Everything in my life changed when, at the age of 25, I had a prophylactic double mastectomy on July 6, 2018. I had tested positive for a mutated BRCA1 gene earlier this year, and after sitting down with my surgeon and several breast specialists, it was determined that breast cancer was in my foreseeable future.

After the surgery, it no longer is.

I spent much of the time leading up to my surgery in solitude. I had just moved to a new city right after getting the BRCA1 mutation diagnosis, and with my lack of a social network, I felt unable to confide in anyone. My friends and family obviously offered as many electronic thoughts and prayers as they could, but this didn’t alleviate my loneliness. 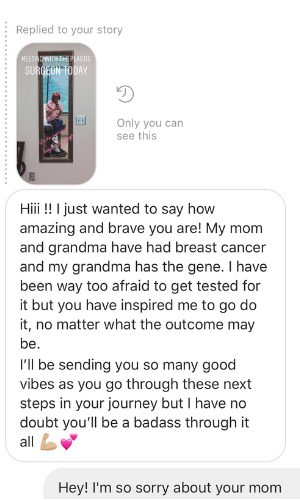 Shortly after the surgery, I developed a dangerous relationship with Instagram. I was perpetually dissatisfied with my new body and continuously scrolling through photos of attractive influencers coupled with Kardashian selfies certainly took a toll on my self-esteem

My fake breasts would never look like the cleavage that muddled my feed. I was constantly tormented by the unachievable body standards I knew I could never even begin to replicate because of my surgery.

I had also never met anyone with this mutated gene who wasn’t related to me. It felt like a family curse of sorts, and it was difficult to talk to other people who could relate to what I was going through — that was until I took to Instagram with my story.

I decided that it was time to announce to my small following what was going on. Before the surgery, I moved back into my parents’ home and people were starting to question why I was there. To save myself from having to explain my mutated BRCA1 gene and my decision to get a mastectomy over and over again, I posted about it on Instagram. I used several hashtags, including words like previvor, BRCA1 community, and breast cancer awareness, just to name a few.

The power of these wordy numbers took me by surprise.

With those few hashtags, I unknowingly began to build a support system. I started receiving messages from women, men, survivors, and previvors. Some of the people I knew; many I didn’t. Some Instagram users offered words of encouragement and love while others had an abundance of questions. Some users had the mutated BRCA1 gene, and some had never heard of it. 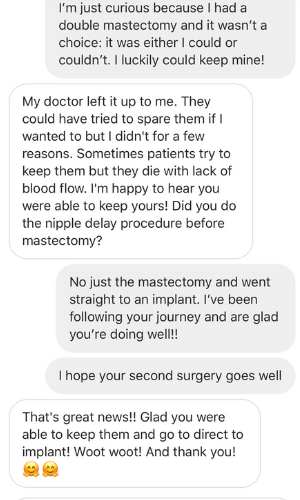 For the first time in a long time, I felt like I had a community behind me; cheering me on and providing me with a certain comfort I didn’t have prior to taking to social media with my BRCA1 journey.

I continued to use relevant hashtags and connect with people around the world. I found fulfillment in being able to direct women who had a BRCA1 mutation to hereditary cancer resources. I found purpose in being able to comfort those who didn’t know how to fathom their diagnosis. Most of all, I was relieved when my newfound Instagram community provided me with the resources I needed to find answers to the questions I had.

I received firsthand recommendations for things like post-mastectomy care and what bras fit best after such an invasive surgery. These tips, tricks, and connections were frequently just as therapeutic as my weekly therapy sessions, but cheaper.

Online, we tend to portray only the best aspects of our life for the world to see when oftentimes, it is pretty messy. In doing the opposite, and showing my scars and sharing my not so shiny story, I ended up with an online support system I didn’t realize I so desperately needed.