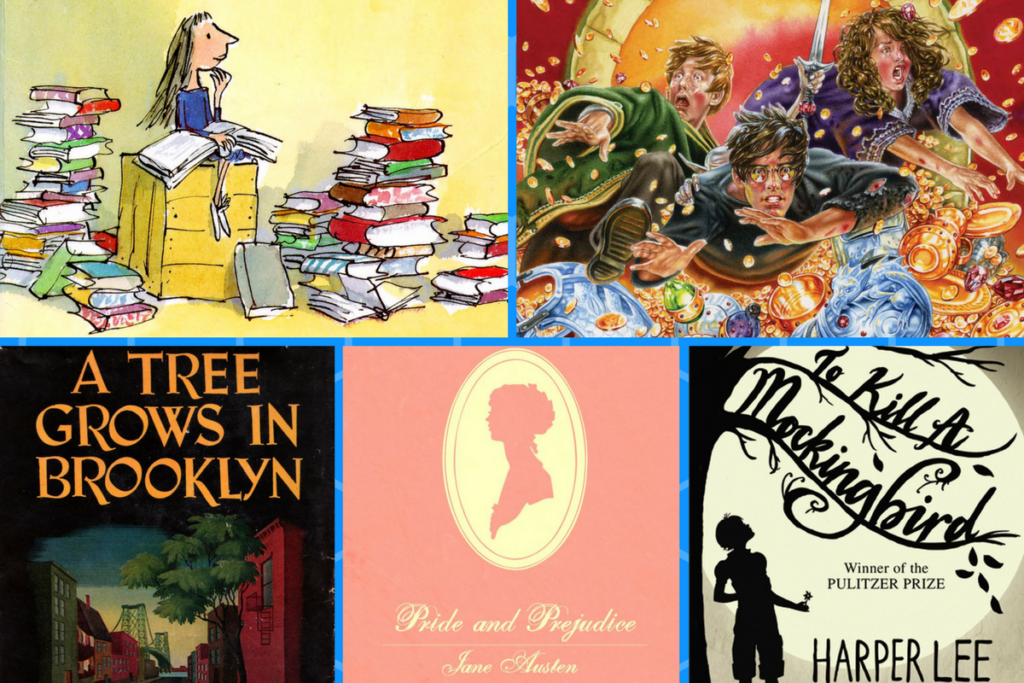 When I was a little girl, I always had my nose in a book. There was something exciting about immersing myself in another world through words. There was something even more exciting when I was able to relate and connect with the characters I read about. Being an English major, it’s no surprise that I grew up surrounded by so many literary characters. As someone who used to be quite shy in school, I credit the characters created by some of my favorite authors with helping me gain the confidence to find my own voice later on.

Here are some fictional characters in literature who inspired me, taught me how to overcome adversity, and who made growing up a little easier:

Hermione Granger from the “Harry Potter” series by J.K. Rowling

The focus of the story may have been on the Boy Who Lived, but Harry wouldn’t have made it through most of the obstacles he faced if it wasn’t for his two loyal companions, Ron and Hermione. As someone who used to be studious and shy during high school and my early college years and who wished to be more vocal,  I found a role model in Hermione’s strong, confident, and courageous character.  I learned from Hermione that you can still be smart and unafraid to stand up for what’s right especially in situations of injustice, and I can attribute my own activism to her influences.

Set in a time period when women were expected to get married and start a family by a young age, I always admired Lizzy’s independence and how she marched to the beat of her own drum, rather than sculpt herself to fit into a mold she didn’t feel was right for her. Call me old fashioned, but as someone who still believes people should marry for love rather than status or wealth, I appreciated how she believed in true love and would’ve rather waited for someone she truly wanted to be with, despite pressures from her family and close friends to get married sooner.

Atticus Finch from “To Kill a Mockingbird” by Harper Lee

Even though I read Lee’s book in high school, it’s a timeless novel with themes like race and the consequences of an unfair criminal justice system that prove to be relevant today. I immediately fell in love with the character of Atticus, a lawyer in the defending a young black man for a crime he may not have committed. The wisdom Atticus shares with his daughter taught me not to judge others and how to be more empathetic. As he states in the book, you never really understand a person “until you climb in their skin and walk around in it.”

Francie Nolan from “A Tree Grows In Brooklyn” by Betty Smith

Despite being only 11 years old, Francie is forced to deal with issues of poverty and abuse while growing up in Williamsburg, Brooklyn. While I may not have experienced some of the traumatic moments Francie did, I related to her as a second generation Filipino-American coming from an immigrant family who had to adjust to a new life in a different country. As a little girl growing up in Oklahoma, I was sometimes bullied and had a hard time fitting in because my family was from the Philippines. Classmates often pointed out how I didn’t look like them, which sometimes made me feel left out. Just like Francie, I often found solace in reading and was drawn to her strength and ability to overcome adversity. Following in her footsteps, I always managed to stay optimistic and reminded myself that things could only get better (and they did).

Matilda was such a unique character because of her telekinesis, which she used to seek revenge on people who wronged her, usually in funny and clever ways. Even with her secret power, I was always impressed with her moral compass and how she never took advantage of her abilities. Matilda taught me that it’s okay to hold people accountable for unethical actions, even authority figures or people in positions of power.

Six months from now, I was supposed to be getting married and building a family with the man who had promised to love me until…