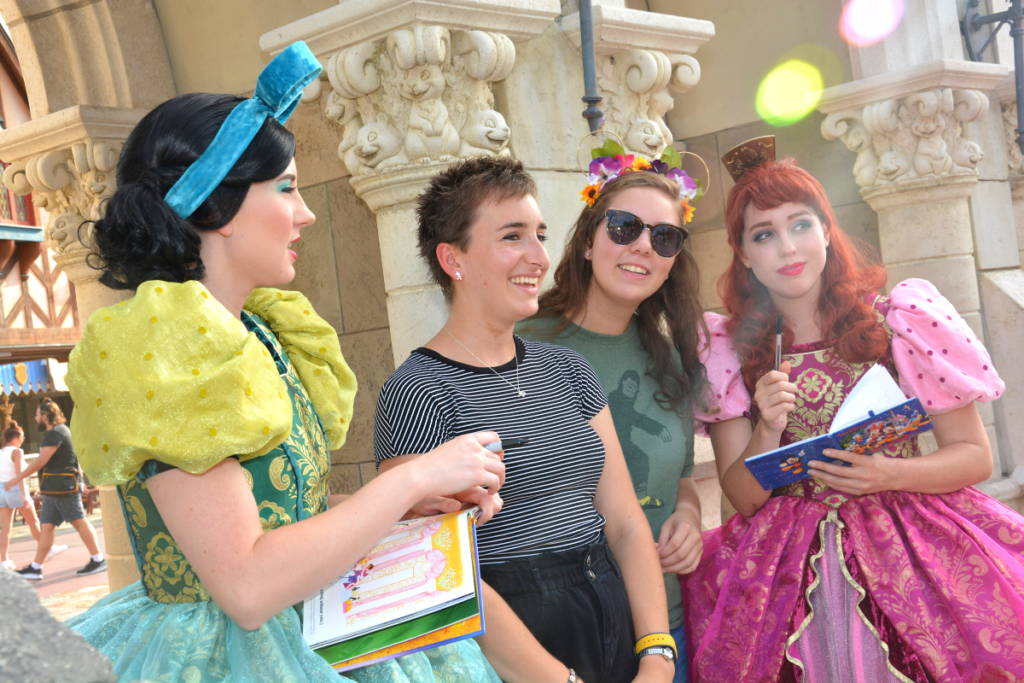 As soon as I graduated from college and began working at Disney World in the Disney College Program, I suddenly felt “behind” in life. I saw my friends begin full-time jobs at large corporations, start graduate school, or even begin a year of volunteering. I questioned if my plan to take part in this eight-month post-graduate opportunity to live, learn, and earn in Disney World was ultimately less meaningful than the paths that my peers had chosen.

I’ve never considered myself a jealous person, but when I saw pictures on Instagram of extravagant vacations and heard how much money my friends were making, I struggled to have confidence in my own post-grad choices. However, as I’ve taken steps to reflect and communicate with my friends, I’ve been able to work through these feelings of envy. Over time, these feelings of jealousy have faded, and I’ve been able to fully support my friends’ successes and become more confident in my own life path.

Here are some of the ways I’ve dealt with friend jealousy.

Remind yourself of your dreams and goals

I knew from experience that comparing myself to others has never brought me joy, so I decided to stop thinking about my friends’ individual life paths and start reminding myself of my own dreams and goals.

Ever since I was a kid, I dreamed of working at Disney World. So, I would remind myself that I was in Florida making my lifelong dream come true! I was working in a store at Animal Kingdom “merchantaining” guests and reciting the Wilderness Explorer motto to all of the kids who paid us a visit. When I wasn’t working, I was enjoying the rides, shows, and characters in the Disney parks.

I also kept in mind that my dreams extended beyond this particular job. My ultimate goal is to work in the media/communications field to promote body positivity and female empowerment. It might not seem like working at an amusement park would help me achieve that dream. However, while I was in Florida, I had the opportunity to talk with and learn from executives at The Walt Disney Company who gave me valuable advice about entering the communications field. I also was able to take communications classes during my program that helped me to understand the key factors of Disney’s success. Overall, reminding myself of my overarching goals and the experience I was gaining allowed me to feel confident in my choice to work for the Mouse.

Don’t be fooled by social media

When I worked at Disney, my Instagram feed was filled with selfies with my favorite characters, firework displays, and fun times shared by amazing new friends. One look at my social media feed, and it looked like I was having the time of my life. But these pictures were only telling half the story.

It wasn’t until I returned from the program and met up with a friend that I realized just how misleading my online life could be. She expected to hear all of the wonderful things about the program, but instead, I ended up telling her about many of the not-so-magical times I had at Disney. My social media failed the show my initial feelings of loneliness and homesickness, the struggle to make new friends in the program, or the long, difficult, 12-15 hour shifts on my feet in the hot sun at Animal Kingdom. I never posted about restocking shelves, ringing up customers in endless checkout lines, reporting to demanding supervisors, and following the “Disney Way” of courtesy to keep even the most difficult guests happy.

My friend admitted that she had become jealous of my posts. While she was rigorously studying in grad school, she assumed that I was having an all-around magical time working in Disney World. To her surprise, I told her how jealous I was of her social media. Her pictures with friends in the city made me terribly homesick. I desperately missed New York, and I was still having a hard time moving on from a wonderful college experience. Talking with her helped me to realize that neither of us have the perfect lives our social media feeds seemed to portray. The best thing we could do for ourselves was support one another through our ups and downs.

Communicate with your friends

It was through truly communicating with my friends that my jealousy toward them went away. I realized that regardless of our jobs or life paths, we were all experiencing both successes and failures. We all had struggles in the midst of the post-grad life transition, and we were facing them together.

I value these open and honest talks with my friends because they’re opportunities to express and relate to each other’s difficulties. We cheer each other on toward our dreams, and we support one another unconditionally. I wouldn’t have had the strength to take a leap of faith to leave the Disney College Program early and pursue my dream of working and living in New York City if it wasn’t for the encouragement of a friend. Similarly, I supported my friend as she persevered through a teaching job, graduate school classes, and trying to foster a social life all at once. Her passion and determination to be a teacher inspired me as I began to pursue my own life goals.

While my friends and I are all around the same age, we’re in all different places in our lives. There’s no life path that’s more “correct” than another, and there’s no path that’s free from difficulties. Being jealous of my friend’s successes doesn’t do me a whole lot of good, but it does so much good to be caring, encouraging, and supportive of my friends as they pursue their dreams and help me to pursue mine.