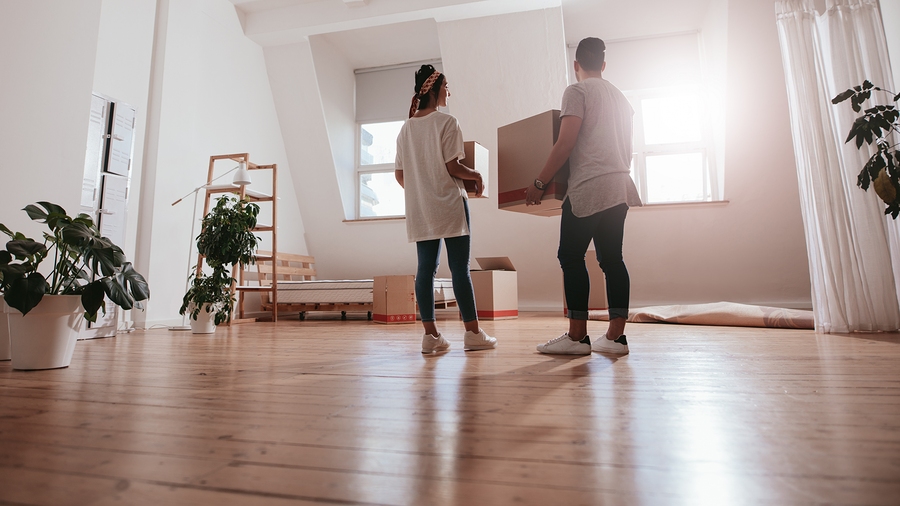 A few months ago, my family hopped into a moving van and drove away from everything we knew. We left behind a decade of history — the only home our son had ever known, our extended families, the friends who had become like family to us, our stable jobs.

It wasn’t a decision we made lightly. In fact, it was a decision we came to after a lot of sleepless nights, tears, and long, hard discussions. Our disabled son was about to enter school, and Louisiana had a lack of resources and laws in place that would prevent him from getting the best educational opportunity. So, on a sticky June day in South Louisiana, we set our GPS for Chattanooga, Tennessee, a place 545 miles away — a place where we knew nobody, a place neither of us had been since we were kids, and a place where we didn’t really have a solid plan. We were going in with just a little bit of internet research about the cost of living, educational and disability resources, and a whole lot of hope guiding us.

RELATED: 4 Things to Consider Before Relocating

As we prepared to leave, and even when we started to meet people in our new community, I was surprised at how many people said, “I’ve always wanted to make a big move like that, but I’m just too afraid.” I guess we never slowed down long enough to let fear keep us from doing the thing we believed we needed to do, but we had also done some serious soul searching and answered a lot of the “what if” questions that often keep people from stepping out on faith, believing that it will all work out for the best in the end.

There were a thousand questions that could have stopped us from leaping into the unknown. What if we don’t like the city? What if our son struggles in school? What if our new apartment is terrible? What if we don’t make new friends? What if we don’t like our jobs? Had I spent too much time focusing on a potentially negative outcome to any of those questions, we never would have moved. It would have been easier to stay in our safe predictable bubble, forever longing for something more. We could have made our current situation work, but it never would have been ideal. We always would have been duct-taping pieces of our life together. Maybe we could have homeschooled our son or sent him to an expensive private school, but those options didn’t appeal to us. Our goal had always been to help him live a productive and happy life in the most “typical” setting possible. Staying put wouldn’t have allowed us to do that. Instead of letting fear paralyze us, we chose to cling to a few truths that gave us the freedom to take a risk.

First and foremost, we realized that everything we absolutely needed was going to be in that moving truck with us. We had each other. Even in the most difficult trials, there is nobody I would rather have in my corner than my husband and my son. I am confident that together we can face almost anything.

We also knew that no decision had to be forever. We were making the best decision that we could based on our research and past experience trying to make it work for our son, always struggling against the limitations of state law and lack of resources. We also knew that if for some reason it didn’t work out in our new home, that we could regroup and try something else. We even knew we could turn around and come back to Louisiana if we needed to.

RELATED: How to Adjust to the City After a Big Move

Finally, we realized that any of those what if questions plaguing us about our new home could become just as much a problem right where we already were. Sometimes we operate under the false assumption that just because our circumstances have been stable and predictable in the past, that they will remain that way in the future. Just because we had great friends didn’t mean we’d never long for community. Just because our son liked school this year didn’t mean that next year he wouldn’t hate it. Just because our jobs were stable today didn’t mean that they would stay that way forever. Life is unpredictable and so much of how the cards fall is out of our control. That may sound scary, but I hope it also feels liberating. Smaller decisions are relatively insignificant in the bigger story being told.

If you’re considering making a big move, don’t let fear of the unknown or the unanswerable questions be the only reason you don’t take a leap. There are plenty of great reasons not to do things, but fear of the unknown is not one of them. Now, many months into our new lives, with our son thriving in school, flexible jobs that allow us more time and energy to be involved in his development, and a new community of loving friends, I can confidently say that leaping into the vast uncertainty was one of the best things we could have ever done. I look forward to our future with a renewed sense of energy and hope, knowing that we can always begin again. We can always create something new. We can always start a new adventure. I am not plagued with questions, but rather, exhilarated waiting to see how our story unfolds.