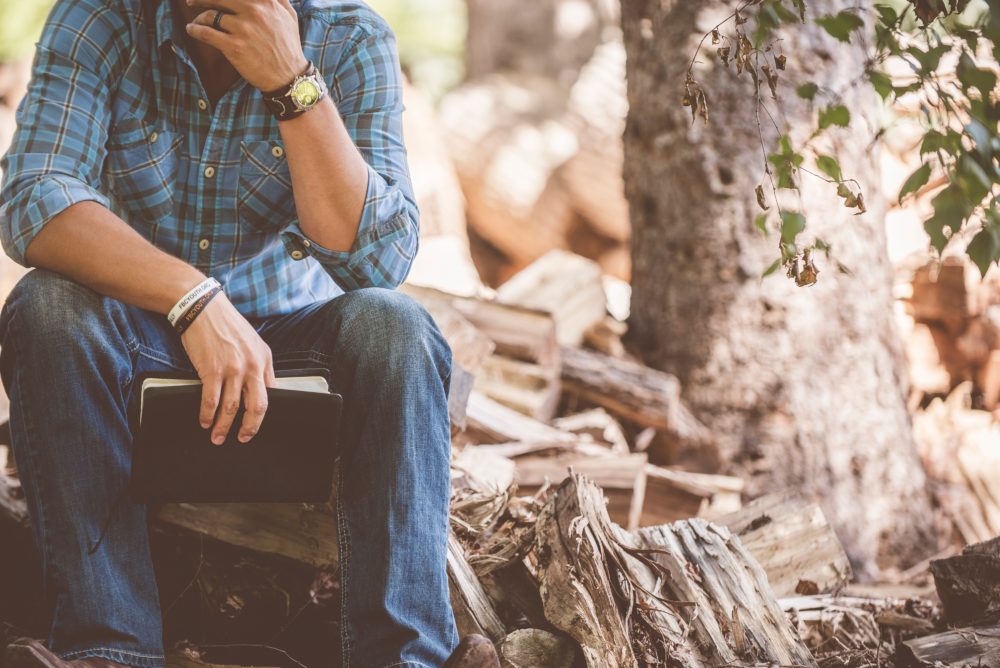 I spent two years of elementary school at a private Lutheran School in Wisconsin. That was my introduction to Ash Wednesday and Lent, the Christian season of repentance and renewal. I remember lining up in the sanctuary to get ashes with all of my classmates. We seemed to have waited in line forever. I have a strangely acute memory of the haircut of the boy in front of me. He had a rattail, and this fascinated me far more than the sanctuary or the ashes or whatever words the pastor was saying. The pastor swiped a cross of ashes onto my forehead as I tried to look adequately somber for the occasion. By the end of the day, the cross was nothing more than a formless charcoal smudge which I wiped off as soon as I got home.

My fourth-grade self knew very little about what Ash Wednesday or Lent actually meant. Many of my friends gave up certain kinds of food. They stopped chewing gum or eating fruit roll-ups. The school served more fish. I felt caught off guard when my friends asked me what I would give up for Lent. The answer was always “nothing,” but it felt wrong, somehow irreligious to say this. “I haven’t decided yet,” I might say. “Maybe chocolate?” The truth was that I would never give up chocolate, and when I was claiming to still be deciding by day 30 of Lent, it must have become very apparent to my friends that I had never had any intent towards following a Lenten discipline.

Eventually my family moved and we started attending public school again. The non-denominational churches we went to made little mention of Lent. As such, I wasn’t reintroduced to Lent again until I moved to Connecticut after college and joined an Episcopal Service Corps. It was there that I learned that Lent was a preparation for Easter, 40 days that commemorated the time Jesus spent fasting in the desert. It was traditionally meant to be a time of prayer, fasting, and giving to others. I have since heard it described as “justice towards God,” “justice towards self,” and “justice towards neighbors.”

My favorite thing that I learned about Lent during my time with the Episcopal Service Corps was that the ashes used for Ash Wednesday come from burning the palms from the previous Palm Sunday. Joy passes into sorrow and remembrance which then again passes into Joy at Easter.

To be clear, I still don’t give up anything for Lent. Yet I go every year to get ashes on Ash Wednesday. Though this yearly ritual never ends in me cutting chocolate or wine or giving up watching crappy TV shows for 40 days, there is something about the somber beauty of the season that pulls me to church every year on the day after Shrove Tuesday. While having a priest mark an ashen cross on your forehead and murmur the words, “Remember that you are dust, and to dust you shall return,” might not seem like anyone’s idea of fun, I do find it a meaningful and humbling reminder of my own humanity. Whatever the year’s joys and struggles, I am reminded of the world around me and my place in it. As I watch everyone else receive ashes, I am reminded of the solidarity of my neighbors as we face the joys and challenges of the year. In this way, it is a beautiful reminder of the seasons of life. As the burnt palms remind us, neither sorrow nor joy have the last word, but return again and again as a natural part of life.

Though Ash Wednesday is a time to reflect on sorrow and sacrifice, it also marks the coming of Easter and is saturated with the hope of moving past those things. Whether or not we choose to participate in a Lenten discipline, the season of Lent offers this encouragement of hope to us all.