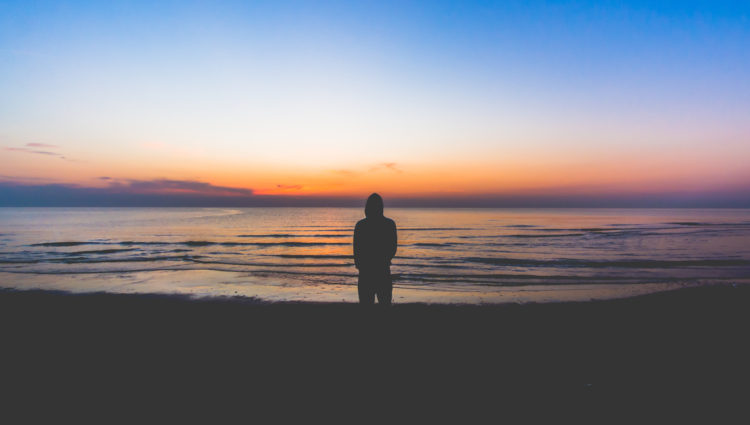 We’ve all been there. A bad day, week, month, or year. We just got passed over for a promotion. We just learned that a close family member or friend is sick. Maybe we can’t shake a bad habit, an annoying cough, or a feeling of loneliness. And we’re constantly inundated with violence, poverty, and hardship on the news. Bottom line: I’m suffering, you’re suffering, the world is suffering in some way. It upsets us.

RELATED: When Grief Overwhelms You

And then someone says, “It’s all for a reason. This tough time will change you for the better.”

We’ve heard this trope before, right? It seems hollow, even offensive. Whether it’s our own personal suffering or an assessment of the hardship of people near or far, these clichés seem to miss the point. How is my struggle with a relationship changing me for the better when it just makes me feel lonely and small? How is the suffering of people living in poverty or going to bed hungry around the world transformative, when such staggering statistics seem overwhelming?

No matter whose suffering it is, no matter where it’s taking place, it’s tempting to throw up our hands and give up. If this is supposed to be transformative, we might think, then let’s just leave things as they are.

And yet, we know we can’t. We know that any form of suffering—from poverty to broken relationships—demands that we enter more deeply into the trouble at hand, not run. Because challenges such as these can be transformative in our lives.

Reflecting on suffering is particularly appropriate during Holy Week, the days between Palm Sunday and Easter, and particularly on Good Friday. For the Christian, this is a poignant time, an opportunity to consider the final moments of Jesus as he picked up the cross and trudged through immense suffering toward death.

As I reflect on who Jesus was, I can’t help but come in contact with a very radical God, one who is not content on the sidelines when we are hurting. I think about God weeping over the death a friend, crying out with the oppressed. This isn’t a God of easy answers, of clichés, of hollow pats on the shoulder. And while that doesn’t make a moment of suffering any easier, it also doesn’t allow me to throw up my hands.

Why? Because not even Jesus was allowed to. His private prayer the night before he died was this: “God, if you are willing, take this cup away from me; still, not my will but yours be done.” This is a God who is intimately familiar with what it means to suffer; not even Christ himself — the son of God — can avoid this all-too-prevalent part of the human experience.

As we look out at our world, perhaps we, too, carry on our lips that prayer: “Take this cup away from me.” That’s okay. That’s an honest and intense encounter with God.

And if we’re being honest with God, if we’re allowing our prayer to really reflect what we feel, then we’re allowing ourselves to enter deeply into the present moment, to who we really are. And we’re bringing God into the mix, a God who cries with us, a God who knows us, a God who is far greater than anything we can imagine. When we place our suffering next to a God like that, when we place our true selves next to a God like that, we are given the opportunity to see a new way forward; a new path can emerge.

Not an easy path; not necessarily the path we want. But something new. And in that moment, we realize that suffering just might actually be transformative.