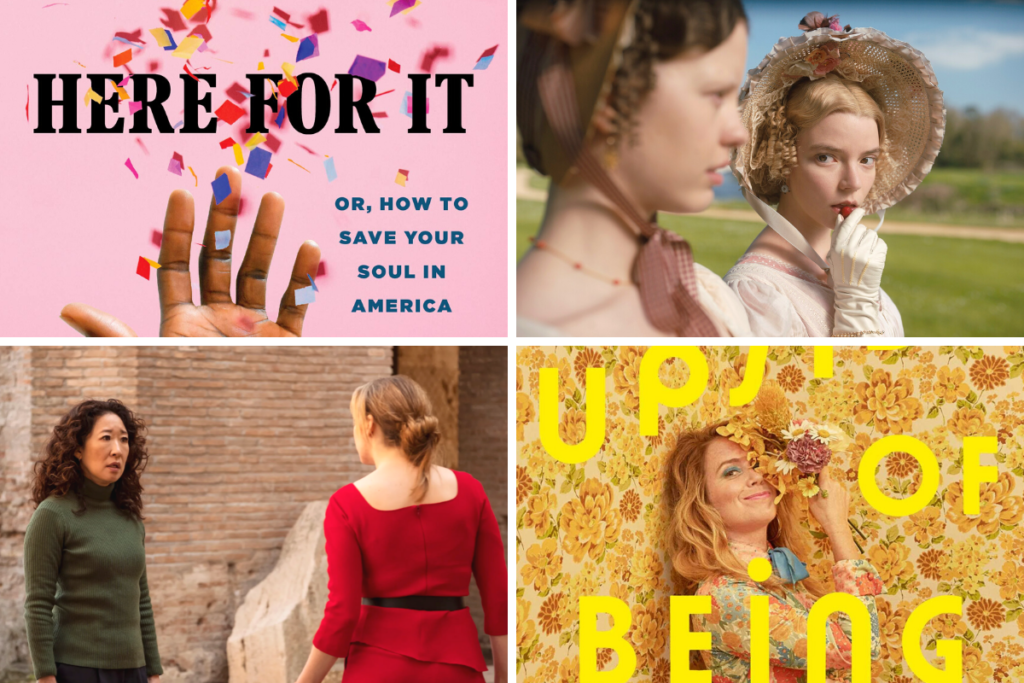 I’m a total book nerd, and when I’m not reading, there’s nothing I love more than a good TV show or movie. With a new year here, I’m particularly excited about all the new things I’ll get to watch and read.

One of the resolutions I made this year was to be more conscious about what I consume, in terms of both food and entertainment. I want to invest my time in shows, books and movies that I’ll truly enjoy or that will teach me something. There are so many gems coming out in 2020. Here are the top shows, books, and movies I’m so excited for this year:

If you haven’t gotten hooked on “Westworld,” there’s no time like the present to catch up on the first two seasons. This show about a futuristic adventure park with robots that look like humans will keep you on the edge of your seat and it also delves into deeper questions, like where ARE we headed with all these technological advances? Season three will be out in 2020 and I’m so excited to see what happens next.

Writer Phoebe Waller-Bridge became a hit phenomenon in 2019 for her TV series “Fleabag,” but what most people don’t realize is she also created “Killing Eve,” a crime thriller that also manages to be funny. Adopted from a book, the lead character Villanelle is most definitely a psychopath, but somehow, an endearing one. I love the dynamics between her and the spy chasing her (played by Sandra Oh). The next season will be out in 2020 and I’m personally counting down the days because I can’t wait to see what happens next after the big cliffhanger in season 2!

“The Devil in the White City” (Hulu)

I can tell that this new series is going to be epic, purely based on the two people behind the project: Martin Scorcese and Leonardo DiCaprio. “The Devil in the White City” is a popular book about a mass murderer in Chicago and one of the architects who made the city what it is today, both living there during the 1893 World’s Fair and making an impact in very different ways—and now, it’s being brought to the small screen. As a Chicago native, I’m looking forward to seeing my city as part of the story.

“The Upside of Being Down” by Jen Gotch

Jen Gotch is the founder of ban.do, a creative company that sells bright, colorful clothing, accessories, homeware, and more. After becoming a quick success with her company, she’s also become a leader in mental health advocacy, as she shares her own journey and struggles with mental health regularly on social media. Now, she’s written a book about how her mental health struggles have led to her greatest success in life. I love that she’s being vulnerable enough to share her experience, and the fruits that came from it. I can’t wait to read more from her.

Written by the author of “Euphoria,” this new fiction book is about a young woman who moves to a new town and enters a love triangle with two men, while also working on writing a novel. It’s about navigating ambition and responsibilities, pursuing a creative career and falling in love. I loved her last award-winning book, and I know this one will be just as great!

“Here for It: Or, How to Save Your Soul in America; Essays” by R. Eric Thomas

In this collection of essays, the author talks about what it’s like to be “the other” — from going to an all-white high school, to reconciling his Christian identity with his sexuality, to figuring out what “normal” means in this modern age. This book seems like it will be heartfelt  and honest — and I love reading about other people’s experiences, especially when they’re totally different from my own. And R. Eric Thomas is hilarious too, so this memoir is definitely going to make me laugh!

As a kid, one of my favorite fairy-tales was Hansel and Gretel—and now, it’s being made into a movie in 2020, only with the female character first in the title. I’m so curious to see what this fairy-tale is going to be like on the big screen (probably a little scary)—but it’s going to be nostalgic to watch a story I knew so well as a kid unfold in a movie.

I love the book by Jane Austen and the first movie with Gwyneth Paltrow — so I’m very excited for the remake of “Emma” coming in 2020. With a female director and screenwriter, this version is sure to highlight the independent spirit of the female lead character — and I can’t wait to see how it compares to both the book and the version that came before. Hopefully, it’ll be even better!

To be honest, this is the piece of entertainment I’m looking forward to the most in 2020! “West Side Story” was a staple in my VCR growing up — I’d watch it over and over and over again. It’s being remade and will be out towards the end of 2020, and I cannot wait to see the classic love story of Tony and Maria (based on “Romeo & Juliet”), once again!