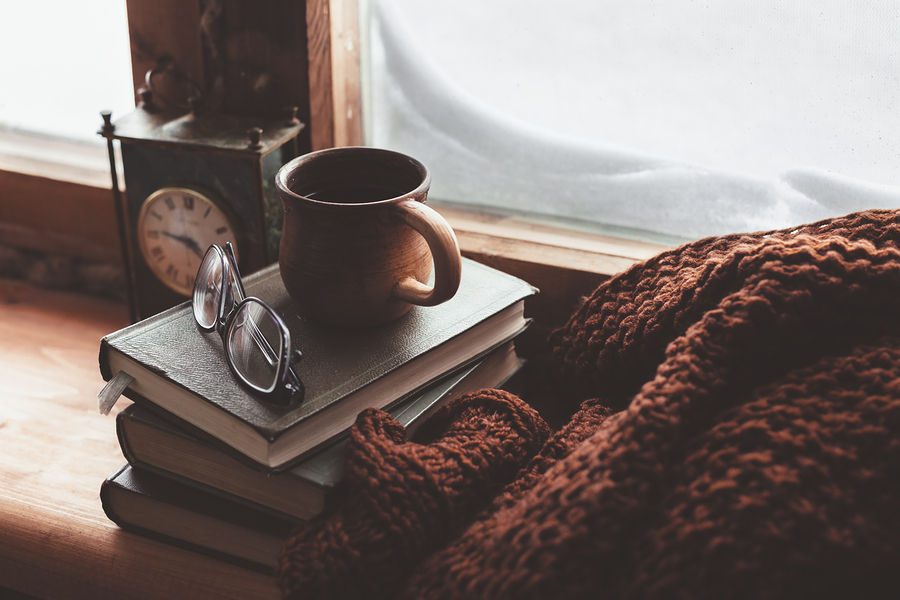 There are times when my faith could use a little boost. As much as I value my regular practices of devotion, they can become a bit routine, even a bit tedious. I begin to lose focus, allowing the world and its problems to crowd out what I believe really matters in life. At times like these, I need pick-me-up to help reinvigorate my faith life. One beacon that never fails is a meaningful spiritual memoir.

For me, the practice of reading spiritual memoirs goes back as far as childhood. I was 11 when I read my first one, “The Hiding Place” by Corrie ten Boom. I can recall sitting on the padded window seat in my bedroom, my heart filling with wonder as I took in the miracles that surrounded ten Boom’s work with the underground resistance during World War II. Closing the book after the final page, I felt as though I were floating, buoyed by the story.

Perhaps you’re like me, and your connection to God sometimes needs strengthening–or perhaps you’re in a place where it’s tough to see your way clear to any relationship with God at all. Whatever your spiritual situation, picking up a spiritual memoir can give you a new perspective.

Here are five spiritual memoirs to provoke your thoughts, touch your emotions, and rekindle your faith.

1. “No Turning Back: A Witness to Mercy” by Fr. Donald Calloway

No one ever expected a hard-partying, drug-addicted high school dropout to become a Catholic priest. But that’s exactly what happened in the life of Donald Calloway. This fascinating autobiography details the journey of his transformation from a drug runner for the Japanese mafia to a minister of grace with a soft spot for the virgin Mary. If you’ve struggled with addiction–or wondered whether God could ever forgive you for a shady past–this book offers hope.

2. “The Year of Living Biblically” by A.J. Jacobs

Though journalist A.J. Jacobs professes to be an agnostic, his memoir “The Year of Living Biblically” provides ample food for thought for believers and skeptics alike. This insightful and often humorous book chronicles Jacobs’ decision to devote an entire year of his life to living the commands of the Bible literally—nine months for the Old Testament and three months for the New Testament. Watching his experience unfold raises important questions about the Bible: Which parts do we take literally? Which commands do we choose to keep and which do we brush aside, declaring them archaic or culture-specific? This book made me think long and hard about my answers.

In the 1930s, Corrie ten Boom was an unassuming watchmaker in the Dutch town of Haarlem. But when World War II broke out in Europe, she, her father, and her sister could not stand idly by watching the persecution of the Jews. Through a series of events that could only be divine, they became the most improbable members of the underground resistance. This incredible, action-packed story follows the many miracles that occurred when ten Boom let her faith lead the way. Reading it always leaves me inspired to believe in God’s overwhelming response to faith-filled prayer.

4. “Traveling Mercies: Some Thoughts on Faith” by Anne Lamott

Anne Lamott is an nonbeliever’s kind of believer. A dreadlock-sporting, liberal-leaning California native, she doesn’t mind dropping f-bombs or cracking jokes about Christians, even after coming to Jesus. “Traveling Mercies” explains her unlikely journey (or, as she calls it, “a series of staggers”) toward Christianity, and honest, continued struggles to find the version of faith she can feel comfortable in. For those who share a similar struggle, this book feels like a conversation with an understanding friend.

5. “The Story of the Trapp Family Singers” by Maria Trapp

Who knew Fräulein Maria started out as an atheist? Everyone’s favorite Austrian nun tells her own story of conversion and eventual marriage and motherhood in this detailed memoir. Not only is the reality behind “The Sound of Music” even more interesting than the movie (the Trapps moved to Vermont and started a hotel that exists to this day, for example), it’s more spiritual as well. As you read about the many twists and turns of the von Trapp family’s journey, you may be reminded that no matter what unexpected places God takes us in life, he’s always present.

Reading about others’ spiritual experiences helps us to remember parts of life bigger than ourselves. It regenerates our sense of wider community. We realize that other people of faith have gone before us, enduring—and overcoming—similar challenges. And stories of real-life miracles or trust in the face of daunting odds remind us that our faith is so much more than routine, and that God is so much bigger than we often give him credit for.