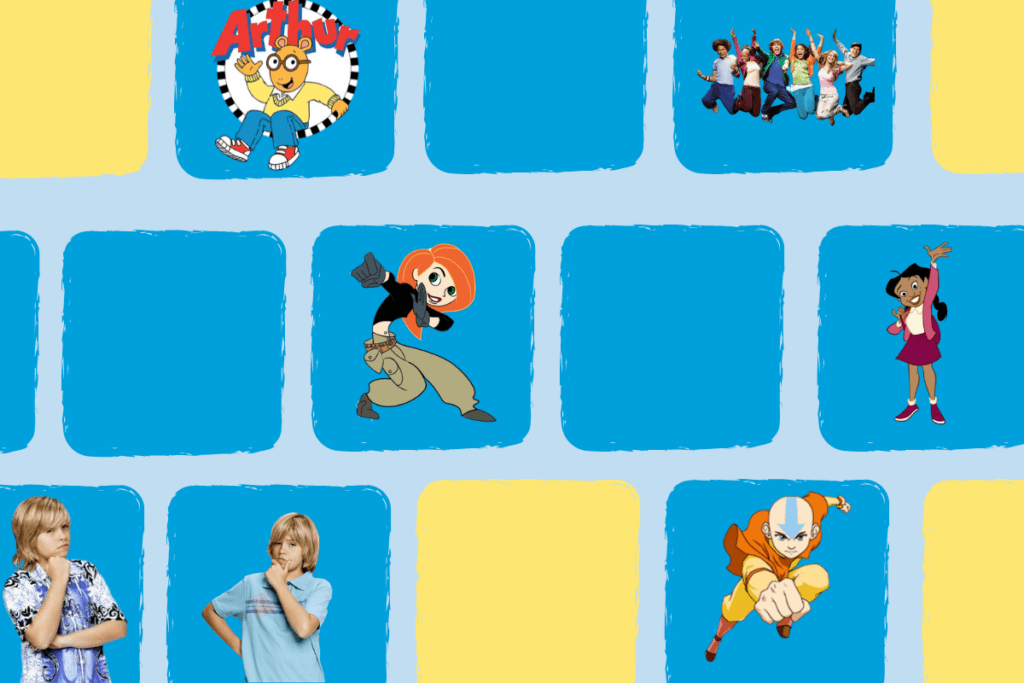 I caved early on in quarantine and subscribed to Disney+. I can say it was for “Star Wars” and Marvel, but who am I kidding? I’m all-in on my favorite shows and movies from my childhood and tweendom. But looking past the platform sandals, newsboy caps, and rhinestone-studded velour tracksuits, there’s plenty of lessons these shows from the early 2000s have to offer that are just as relevant today as they were in the simpler (or at least COVID-19-free) times of 2005.

We’re all in this together

“High School Musical” changed Disney Channel Original Movies forever in 2006. If you haven’t seen it in a while, let me just say it totally holds up — the dance moves, the show-within-the-show, the team of 5’9 basketball stars — all make it worth a rewatch, but especially now. I’m tired of the status quo, aren’t you?

The movie (and catchy song) may have been questioning cliques and societal expectations about extracurricular activities, but I think the message applies to injustice anywhere. Moving forward will take everyone working as one. Just like the final song, the only way through a time of change and uncertainty is together.

While I may not have secret waterbending powers, rewatching “Avatar: The Last Airbender” gave me an important reminder to forgive myself and let go of the past, the same way Aang has to forgive himself for being trapped in an iceberg for 100 years. I tend to beat myself up about things outside of my control — like being laid off in the middle of a global pandemic — and I know I won’t be able to move forward job searching until I acknowledge that losing my job wasn’t my fault.

The lessons from “Arthur” and his pals are too many to count, but the one that sticks with me the most is that it’s never too late to learn something new. I found out that my library offers Kindle books and audiobooks in addition to physical ones, so even though I’m at home, I can still learn something new about the world.

Watch on Amazon or PBS Kids.

Treat others how you want to be treated

I will always refer to my car’s gear shift as the PRNDL, and I have “Suite Life of Zack and Cody” to thank for that. This show was straight-up hilarious. I laughed quite a bit, even on the rewatch, as twins Zack and Cody (played by Cole and Dylan Sprouse) make the Tipton Hotel their playground.

What I love most about this series, though, is how whatever hijinks the boys get up to, there are still consequences for their actions. In the very first episode, Zack and Cody ignore their friends to try and impress the cool kids and nearly destroy the hotel in the process. Hotel hijinks or not, it’s always a worthwhile lesson to treat others how you want to be treated.

“Kim Possible” may have been a bit of a “Buffy the Vampire Slayer” rip-off (teenage cheerleader saves the day from all manner of supernatural villains, ahem), but you can call me, beep me anytime to watch this show. It was the first show I had seen as a kid with a strong female lead who wasn’t afraid to kick butt and stand up for what she believed in — and be home by curfew.

“The Proud Family” explored the many types of families and people that make up a community, from bold best friend Dijonay to nerdy pal Sticky. The members of the Proud family show again and again the importance of community — whether that’s taking in Penny’s nemesis when their family home burns down, or helping a Muslim family recover from a hate crime. No matter what we look like or how we live, it’s important to always be there for our community when things get tough.