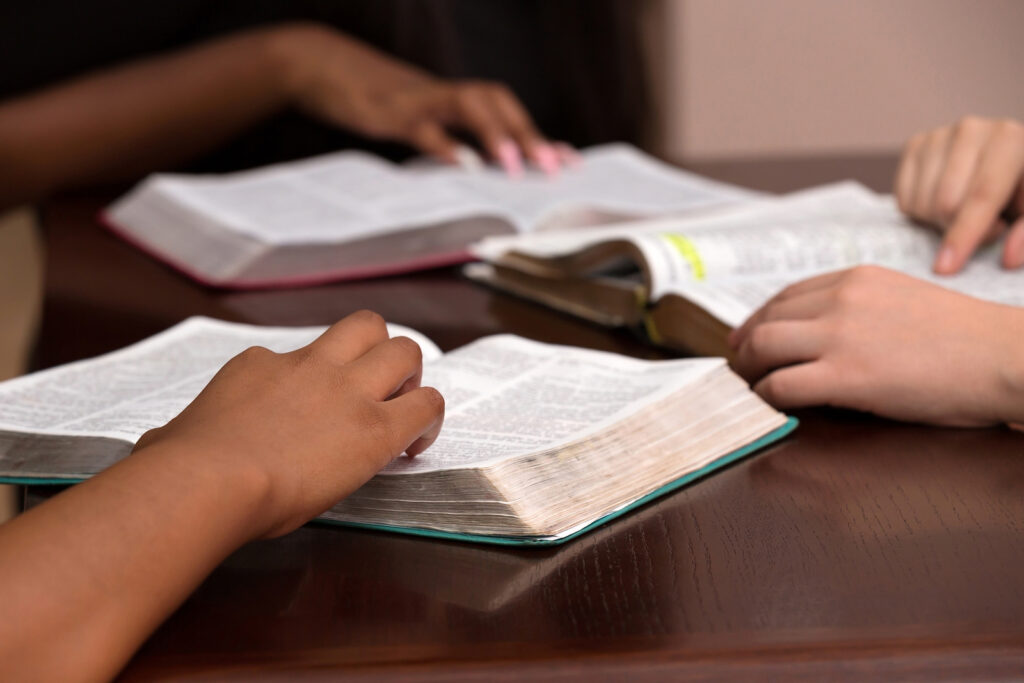 For my dad and 13-year-old me, the day started out like any other: We were careening down Highway 280 in our Volkswagen, trying not to be late to school. Hymns and preaching blaring, we sped through the San Francisco Bay Area in hopes of making it to school on time. Along with going to Mass every Sunday and praying when I woke up and went to bed, I had grown up singing along to the Christian radio station on the way to school every morning.

However, that morning would be different. Now a teenager, I was confident that I could think for myself — especially when it came to important matters like religion. Though my parents tried their best to keep me in the Catholic faith, my classmates, who were mostly atheist or non-practicing, were different. After spending enough time around them, I’d been exposed to their reasons for not believing, which included “Religion is hateful and stupid” or “God can’t be real when all these terrible things are happening in the world.”

With my atheist friends’ opinions a constant presence in my head, I gradually began to agree with them. I started to realize that my daily prayers and weekend Mass attendance had become insincere matters of routine. No matter how much I wanted to, I no longer felt a spiritual connection to God. That lack of connection had shaken my belief to a point where I could no longer confidently say that I believed in him.

That morning on the car ride to school was when I chose to reveal this secret to my father.

If we weren’t already threatened with the prospect of being late, I’m almost certain my dad would have pulled the car to a screeching halt. What I intended to be an honest conversation about my fading beliefs turned into a screaming match and then a very tense silence. “What do you mean you don’t believe? How could you say that?” he yelled. I couldn’t get a word in edgewise, and I cried and cried while he seethed. When we finally pulled up to my school, I bolted out of the car and didn’t look back.

After that incident, the two of us never spoke of the topic again. There was a tension between us, and we began to speak less frequently, even about non-religious topics. Still, every Sunday — albeit with much disdain — I accompanied my family to Mass to keep the peace. During the week, I was still surrounded by peers who made disparaging blanket statements about religion, which only served to strengthen my conviction that God didn’t exist.

Years passed. When filling out college applications, I waited until my dad’s back was turned, and selected “non-religious” whenever questions about religious affiliation came up. Ultimately, drawn by a generous scholarship and its location, I chose to attend Fordham University, a Catholic school in New York City.

I approached my first required theology class telling myself that I didn’t have to like it. I’d try hard enough to get an A, but nothing more. But as the class progressed, I quickly discovered that my conceptions of religion and theology were very, very wrong.

Contrary to what I expected, class time didn’t consist of sitting quietly while my professor read sermons in hopes of proselytizing us. Instead, we tackled difficult and interesting questions that I had actually always wondered myself. “If there is an all-knowing God, then why do bad things happen to good people?” “Why do people believe in God?” “How literally should one interpret the Bible?”

Soon enough, theology became an intellectual space for me to wrestle with the lingering, unresolved dilemmas I had about my own faith, as well as understand religion’s place in the lives of my loved ones. Eventually, I grew so enamored with the field that I changed my major to theology and religious studies.

With my newfound knowledge, I began to heal the bonds that I had broken in renouncing my belief in God: the first, between my father and me; the second, within myself. When I have questions about my Introduction to New Testament class, I turn to my dad. The tension between us has now melted away. During our weekly FaceTime sessions, we read Scripture passages together and unpack their meanings. I genuinely look forward to sharing what I’ve learned with him, and I know he’s happy that we’re speaking more frequently again.

I’ve also found more inner peace. Because of the repaired relationship I have with my dad, I no longer have anxiety about speaking with him and feel genuinely happy whenever we talk. I also have a sense of assurance knowing that there’s a safe space where I can unpack my deep questions about religion and struggle with my own beliefs. Furthermore, reading about the history of the Catholic Church and its traditions, such as Lent and Christmas, has helped me relate to my family, even though it isn’t in a spiritual way. I know that they draw meaning and purpose from their faith, and that to them, there is value in those traditions.

When I started at Fordham, I never thought I’d study theology and never imagined the positive changes that would come as a result. While I still don’t believe in God, I’m now able to question my beliefs from a place of deep thought instead of judgment and influence from my peers. I also have the confidence to discuss religion in an educated and respectful manner. Best of all, I’ve strengthened my relationships with my family who despite our different views on religion, continue to be an important part of my life.