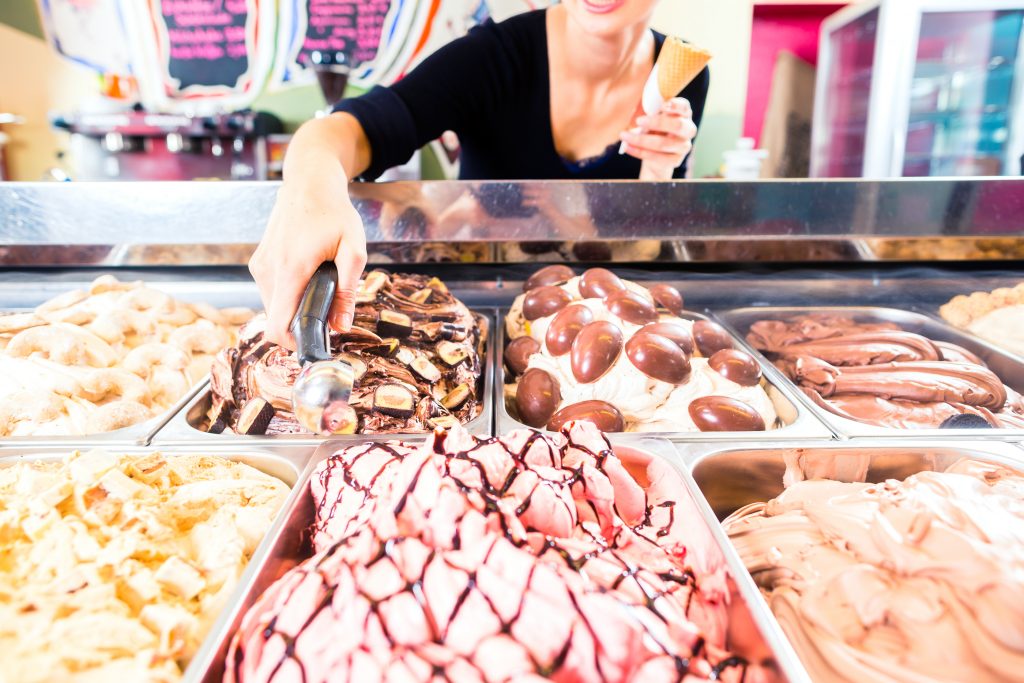 When I was 18, I returned a call to the man who would soon be my boss after he left me a voicemail saying that he couldn’t hire me.

I had been trying to work at Ralph’s Italian Ices for three years — three consecutive summers of filling out the same application only to be told I wasn’t needed. The summer going into my freshman year of college, I really thought I had a shot at being hired. The boss knew I was interested, and for goodness’ sake it doesn’t take a Ph.D to scoop ice in a cup, right? I marched into the store, thrust my completed application into the manager’s hands, and she told me she’d talk to the owner and get back to me by the end of the week. Not a few hours later, I find a voicemail on my phone from her saying she was sorry, but the owner simply did not need any more help at that store.

I was frustrated, but still, I called the store back. I took a breath, politely thanked the manager for getting back to me, and asked her to let me know if anything opens up.

“That was the moment I knew,” the owner has told me countless times during my four-year stint at Ralph’s. “I said to the manager, ‘you’re telling me this girl called back to say, “hey, thanks for not hiring me?” Call her again; tell her she has a job.’”

RELATED: Networking 101 – How to Make Connections that Stick

I have been told many times that I should be using the summers in between my college years to have internships, network among professionals, and do more properly “adult” things with my time. However, I maintain that I am getting plenty of “real world” experience at Ralph’s. Even my story of getting hired there has taught me that being persistent but gracious is the best way to win someone over.

When my coworkers who stay home for college and are therefore available beyond the summertime began getting promoted to managerial positions, I had to learn to navigate my relationships with them as both my friends and superiors. Having to ignore the pesky (and, honestly, terrifying) beetles that hang around the store when it gets humid taught me how to brush off annoyances and continue to do my job. Scheduling my social life around what weekends I did and didn’t have off made me manage my time. Working with customers who had never been to the store before and asked tons of questions — even while the line was around the block — forced me to exercise patience. The job entails so much more than making ice cream cones and counting change.

It might seem weird to have a job where one of the requirements is to maintain energy and be in a good mood for the entire night. However, it’s important to be pleasant with the customers and with your fellow employees, no matter what might be going outside of the store. One summer, I ended what had been a six-year relationship and then had to come in for work the next night. I was of course heartbroken, weary, and sad, but my coworkers, while being supportive of me, encouraged me to put my job first. We put on some upbeat music and focused on accomplishing the tasks at hand, and by the middle of my shift, I could genuinely laugh along if one of them cracked a joke. Life is hard, and I am glad that I know how to work to the best of my ability even when my personal life inevitably becomes difficult.

So, yes, I encounter people every summer who wonder what I’m still doing at Ralph’s when I could be out working a “real” job. However, the lessons I’ve learned will stay with me as I enter the professional world, and I got to learn them in a fun environment surrounded by people I care about. And either way, find me an adult in the “real world” who doesn’t appreciate someone who knows how to make a bomb milkshake.