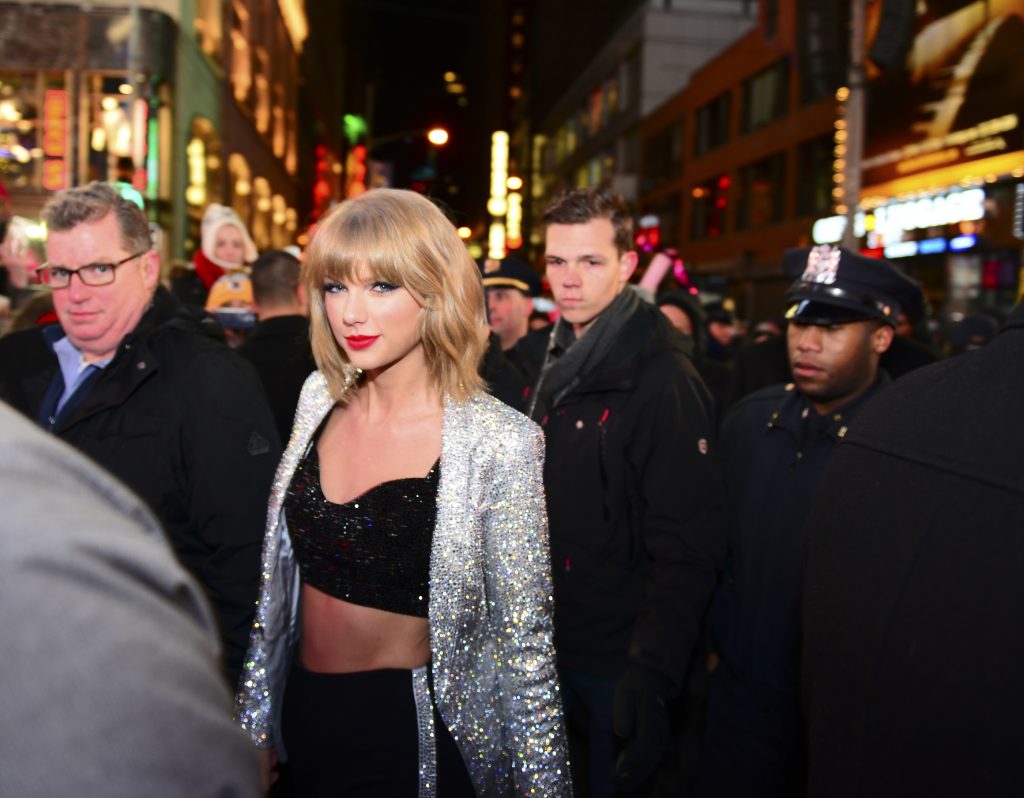 Taylor Swift might very well be America’s Sweetheart — beautiful inside and out, talented, relatable, and friendly. But for millions of her fans, she means so much more. For the last 10 years, Taylor Swift has been like a surrogate big sister to me — her music is always a shoulder to lean on, her outfits are copycat worthy and her general attitude and way of living makes her a great role model to emulate. Here are eight things Taylor Swift can teach you about living your best life, just by being herself.

1. When your emotions feel out of control, “Breathe” and find a creative outlet.

Taylor receives criticism about writing about her relationships and heartbreaks, but she has been quoted saying that it helps her learn and grow from them. This is something that I’ve found truly works. When I’m feeling down or stressed out, picking up a pen and putting it to paper has helped me find clarity and peace of mind.

Taylor Swift and her friends are known as #SquadGoals. The powerful female group is made up of celebrities, actresses and models who show the world that when women lift each other up and stick together, they can be unstoppable. Taylor also has two non-famous childhood besties, Abigail and Britany, showing the beauty and value in preserving old friendships.

3. Don’t give up on your perfect “Love Story,” whatever that may mean to you.

Despite the unfavorable media frenzy every time she enters a new relationship, Taylor does a great job of keeping her cool and doing what she knows is best for her. (Taylor is also very transparent about how much she loves love.) Her ability to bounce back from heartbreak shows us that being patient in waiting for your fairytale is romantic in its own way.

4. Although we can’t “Never Grow Up,” we can always honor and cherish our parents.

Taylor has recorded two songs that express gratitude and love toward her parents, “The Best Day” and “Never Grow Up.” Taylor isn’t shy about how close she is with her parents — she often features them in photos and videos on her Instagram account. Taylor’s close relationship with her parents reminds me that no matter how old I am, my parents will always be my parents, and the bond we share is precious and should be preserved at any age.

Taylor’s 1989 album has a completely different sound than her earlier, country records. Taylor received some backlash as a result of this shift, but she insists that as she has grown and evolved, so has her sound. This was a big risk, but Taylor followed her heart and ended up making the most successful record of her career! This shows that when you’re trusting your gut, risky decisions can have the greatest payoff.

6. Even when there’s “Bad Blood,” handle conflict as best you can.

Taylor Swift and Kanye West’s issues have been well documented by the media. However, Taylor has handled the feud with grace and poise. Case in point: her “Album of the Year” Grammy’s acceptance speech. Taylor’s calm, cool and collected manner of handling conflict shows us that being the good guy doesn’t have to come at the expense of our dignity.

7. Certain situations will call for you to stand up for what’s right and “Speak Now.”

In June 2015, Taylor penned a letter to Apple explaining why she was withholding her 1989 album from AppleMusic’s streaming service. It can be easy to feel intimidated by certain issues and like your voice isn’t enough to implement change. But if we remember Taylor’s courage in speaking up against Apple, we can also find the strength in difficult situations to stand up for what we know is right.

8. Remember to “Shake It Off” and not take yourself too seriously!

One of the things that makes Taylor Swift so lovable is her ability to laugh at herself. Taylor isn’t above posting funny pictures and videos of her cats on Instagram on a Friday or Saturday night, dancing like nobody’s watching at awards shows, and dressing up in unicorn or elf costumes. If Taylor Swift can poke fun at herself sometimes, maybe we all can too.